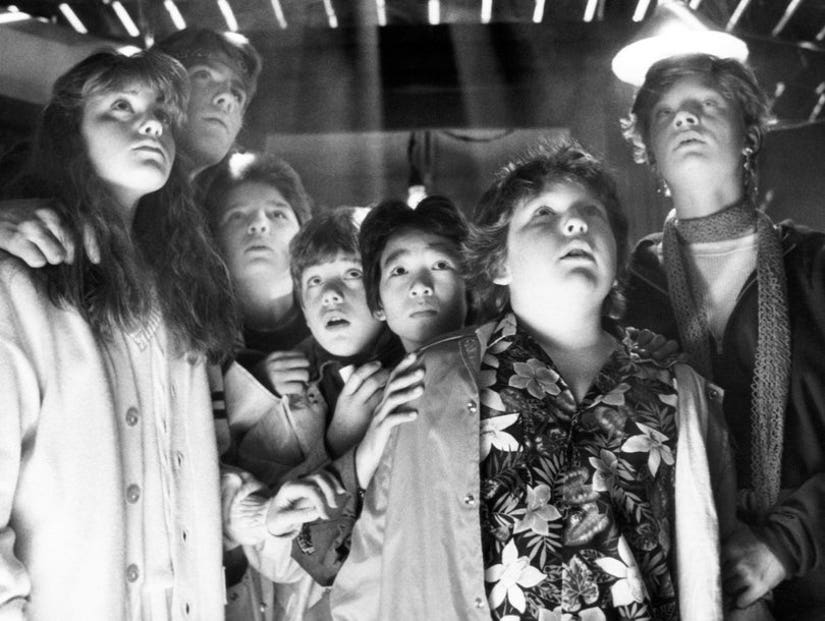 Stephen Spielberg and Cyndi Lauper showed up too -- and even sang the movie's theme song.

The cast of "The Goonies" proved they never say die as they reunited on Monday thanks to Josh Gad.

The "Frozen" star kicked off his new "Reunited Apart" YouTube series to raise funds for The Center for Disaster Philanthropy by getting all the stars of the 1985 classic together for an epic Zoom call.

Gad kicked things off by doing the Truffle Shuffle as he got Astin on the call. The actor then recreated his "It's our time down here" monologue, before the rest of the cast jumped into the meeting.

Cohen, who played Chunk in the film, said he was thrilled to reunite for an important cause, before revealing what he's been up to since the movie came out. "I reached the pinnacle of entertainment playing Chunk," he joked, "There was nowhere to go but down. So I retired on top, like Babe Ruth before me. I went to law school and am currently an entertainment lawyer."

His company's clients include Bong Joon-ho and Ryan Coogler.

While Ke didn't do much acting following the film's release -- aside from starring on "Head of the Class" -- he revealed he recently returned to the industry. "It's been so exciting the last few months," he said, "I decided to get back into acting because of movies like 'Crazy Rich Asians' has really opened up a lot of opportunities for actors in the Asian community."

As for Astin, his most recent acting gig was in a production for his daughter's senior film class. 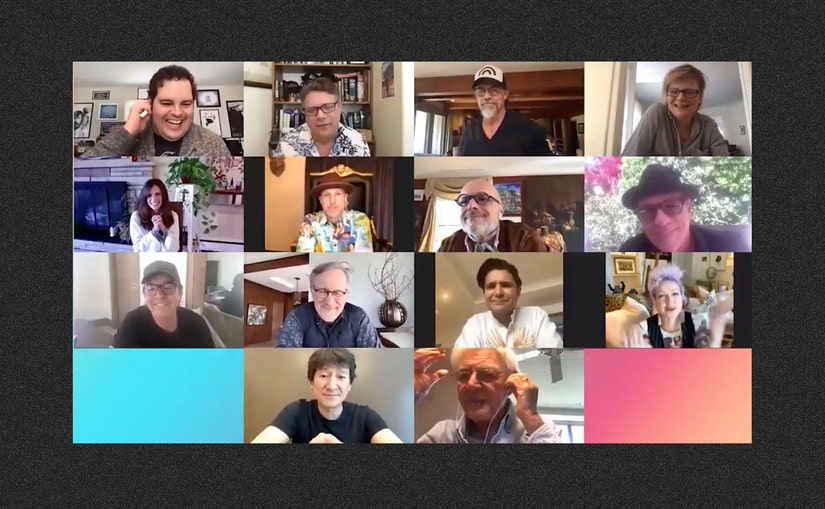 The gang then took turns asking each other questions, as Kerri revealed nobody has ever yelled "ANDY, YOU GOONIE!" at her in her life, Ke compared working on the film to his time filming "Indiana Jones and the Temple of Doom," and Cohen joked about going from "Chunk to the hunk that you now see in front of you."

As Davi and Pantoliano then joined the call, Davi revealed they used to tease late Sloth actor John Matuszak on set because of all his prosthetics. "He wasn't able to eat," recalled Davi, as Plimpton said he'd have to eat his lunch through a straw. Joey also recalled working with the late Anne Ramsey, who played their mother, saying she was "wonderful" to work with but would sometimes get fed up with all their "rattling" on set.

The group they reenacted a bunch of the movie's classic scenes, before Spielberg jumped on and recited the film's most infamous line: "HEY YOU GUYS!" 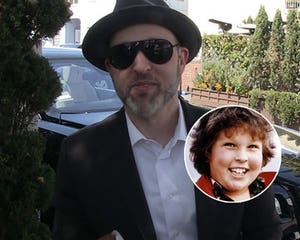 'Goonies' Star Jeff Cohen Will Still Do The Truffle Shuffle... For This Price (Exclusive)

Spielberg said his favorite memory from working on the film came after they were done working on it. He recalled Donner being over working with so many children, as he looked forward to relaxing in Hawaii when it was all done. "Right after we wrapped the film, I took the whole cast, put them on American Airlines and sent them to Donner's house in Hawaii," said Spielberg.

"We all opened up our suitcases and we threw our clothes everywhere," said Brolin. "He dropped to his knees," added Plimpton, recalling Donner's reaction.

As far as talk of a sequel, Spielberg admitted they've had a lot of conversations through the years, but the ideas they've come up with just never held water. "The problem is the bar all of you raised on the genre," he said to everyone. "I don't think we've been able to find an idea that's better than the Goonies we made in the 80s. Until we do, people will just have to look at this 100 times"

The reunion ended with the cast revealing both Harrison Ford and Clint Eastwood visited the set during filming, before Cyndi popped up and they all sang the "The Goonies 'R' Good Enough"theme song together. 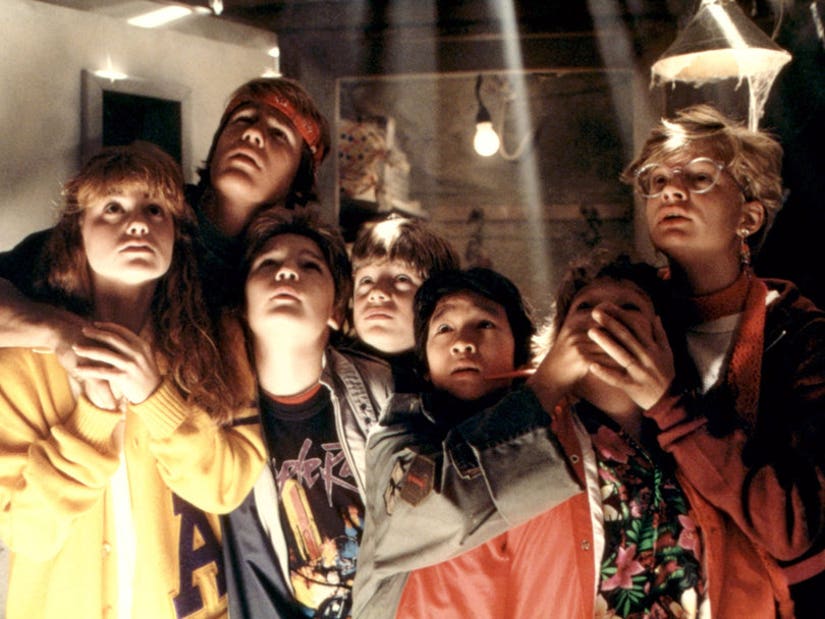 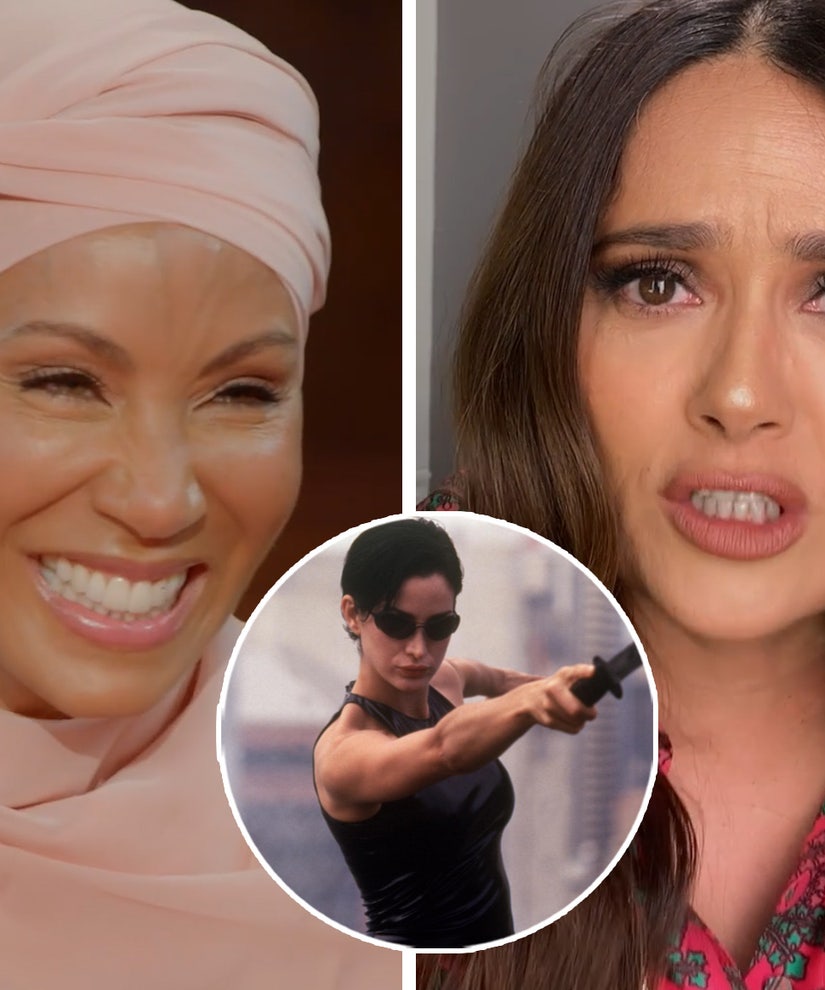 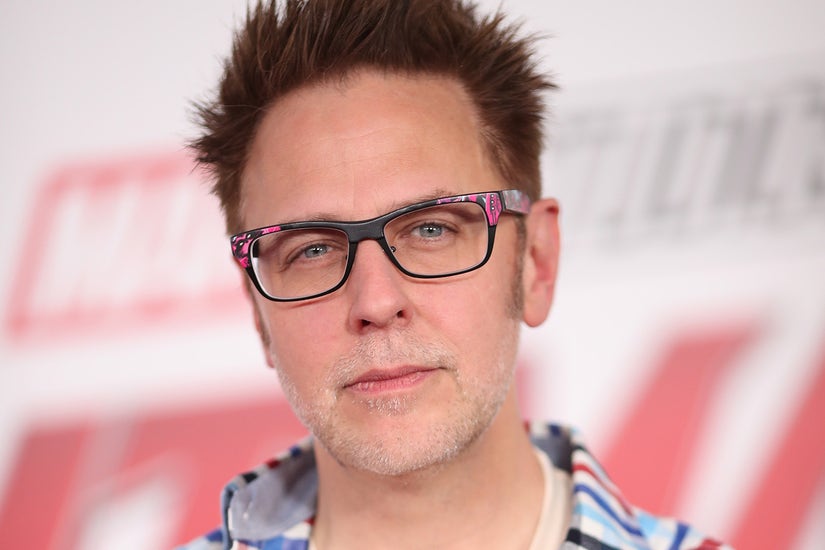 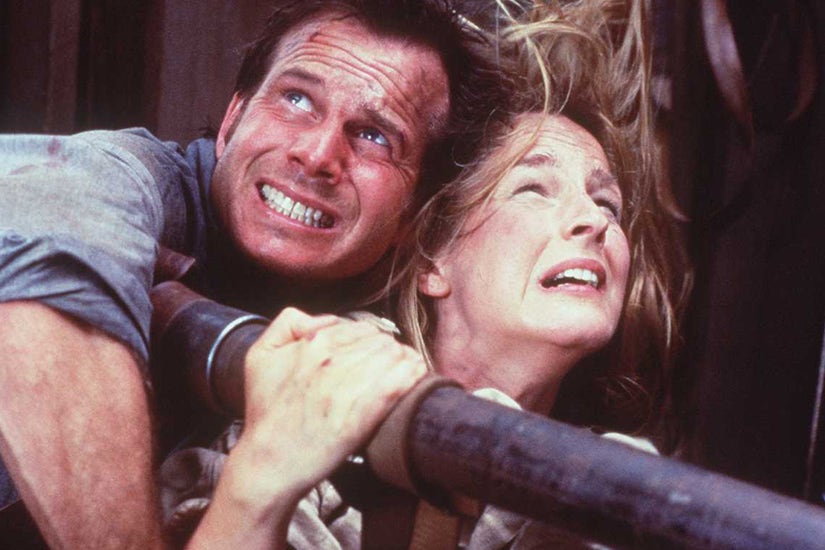