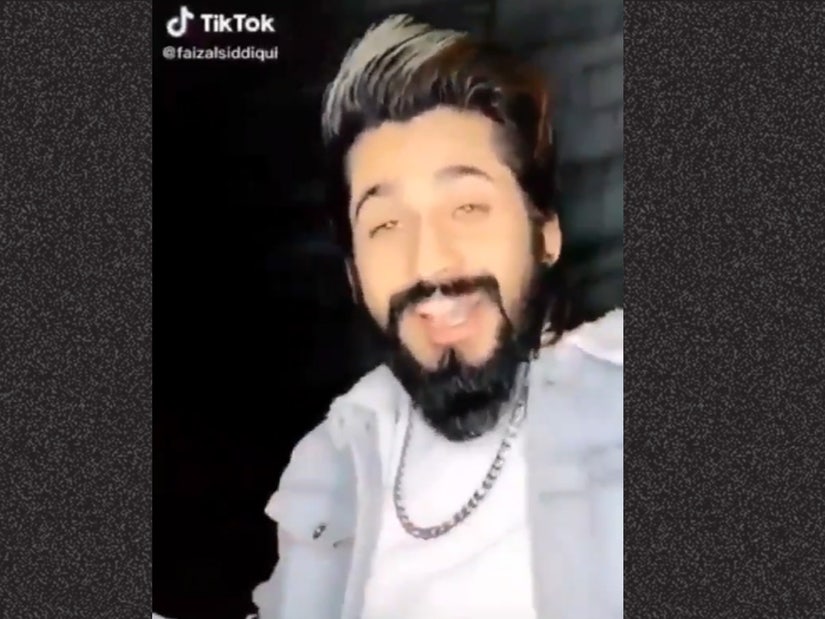 "What on earth is wrong with people? This is depraved."

TikTok suspended the account of one of its stars in India after a video was posted that many believe promoted acid attacks on females.

Faizal Siddiqui -- who has 13.5 million followers on the platform -- caused a backlash recently after he shared a clip of himself pretending to take revenge on a girl who rejected him by throwing a liquid on her that simulates damaging her face by appearing to burn her skin off.

"As per the policy, we do not allow content that risks the safety of others, promotes physical harm or glorifies violence against women," a TikTok spokesperson said in a statement. "The behaviour in question violates our guidelines and we have taken down content, suspended the account, and are working with law enforcement agencies as appropriate."

In India, acid attacks have been on the rise in recent years, with an average of about 300 annually, but some believe the toll to be much higher, around 1,000, as many go unreported, according to the Acid Survivors' Trust International.

The female victims are often reported to have rejected marriage or relationship proposals from their male assailants.

After Siddiqui posted the TikTok video, social media was swift with its indignation. as followers called for his account to be banned and for him to be thrown in jail.

"What on earth is wrong with people? This is depraved," wrote famous filmmaker Pooja Bhatt. "How can you allow this kind of content on your platform @TikTok_IN. This man needs to be taken to task. As for the woman in the video-do you realise what immense harm you are causing by participating in this?"

I am taking it up today itself with both police and @TikTok_IN https://t.co/drBqy9ykji

Rekma Sharma, head of the National Commission for Women, tweeted the organization would be speaking with police about the disturbing clip.

#BanTikTok India began trending after the posting, which has happened before as the platform has been mired in controversy since its launch in India, according to Business Insider India.

In April 2019, TikTok was suspended temporarily in India after a petition was filed saying the platform was "degrading culture and encouraging pornography besides containing explicit disturbing content and causing social stigma and medical health issue between teens," per The Indian Express.

U think everybody is fool??
If someone shows some murder scene, it doesn't mean that he is actually murdering.
The objections are on the message of promoting acid attacks.#BanTiktok #BanTikTokInIndia

Meanwhile, Siddiqui responded on Monday to the controversy and his suspension via Instagram by claiming the video was taken out of context and had been doctored.

"My Intention was never to hurt anyone in any capacity. As a social media influencer, I realise my responsibility and apologise to anyone who was offended by the video," he wrote. "I'm adding the first part of the video clip, where you can clearly see that I'm drinking water. So please try and understand. It's WATER!"

But not many social media users were buying his excuse as one wrote, "Of course he will not have actual acid for his video!! The throwing of that fluid on face of the girl who ditched her is actually similar to what happens with acid attack victims!"

"U think everybody is fool??" posted another follower. "If someone shows some murder scene, it doesn't mean that he is actually murdering. The objections are on the message of promoting acid attacks."