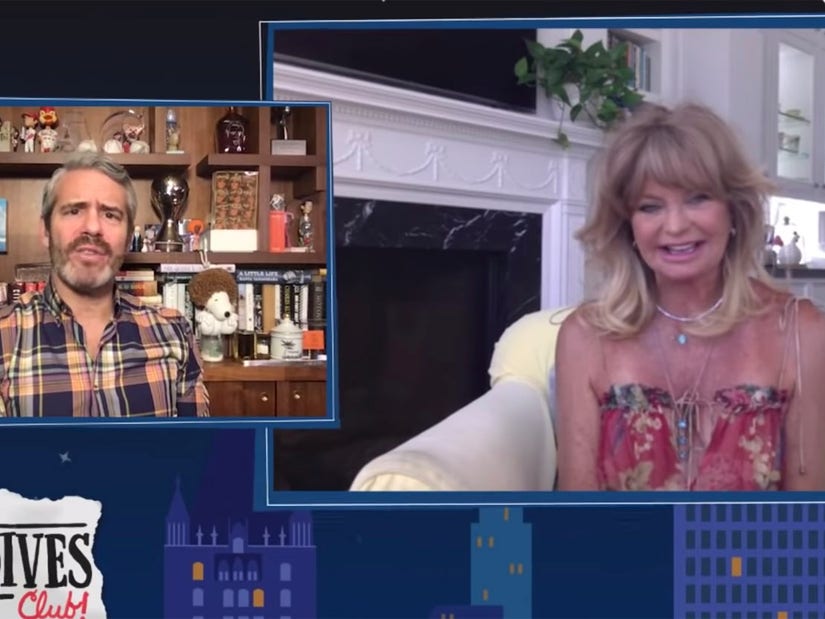 Goldie Hawn opened up about a few challenging moments from her past while appearing on "Watch What Happens Live with Andy Cohen" on Sunday night.

First, the actress, 74, revealed she and Harvey Weinstein butt heads back in the day when they were working together on a film adaptation of "Chicago" with Madonna.

While she would have been in her 40s when they were working on the project, which Weinstein would produce, Hawn was shocked when she got her first copy of the script. "It was for a 23-year-old," she recalled.

She said she told him it was a "really underhanded" move and asked him "Why don't you just come out and say you want somebody else?"

Admitting they "got into it," Hawn said she met with Weinstein and told him the script was "so bad ... I wouldn't touch it with a 10-foot pole." She said it had "no emotion in it" and told him they should rewrite it.

She didn't do the film, but because she had a "pay and play" deal -- where talent will still be compensated even if a producer doesn't end up using them -- he still paid her, "which was amazing," Hawn recalled. Telling him she "really, really didn't like" him at first, Hawn felt he did the "honorable" thing by paying her.

Though Hawn and Madonna never got to make their movie, Weinstein would later produce the musical adaptation with Renee Zellweger and Catherine Zeta-Jones in 2002. It won six Oscars, including Best Picture.

"It was a fantastic movie, he did the right thing, he hired the right people and I went up to him after and said Harvey, 'This is a great movie,'" said Hawn. "My relationship with Harvey was a really tough one, but I didn't back down. That was something I really said, 'Nope, you're not gonna play that game with me.'"

During another segment, Andy asked about the first time Hawn smoked marijuana. "Back in the '60s," she revealed. "I didn't do well on it. I got very nervous."

While she's had an edible or two in recent years, her "experience was so scary in the '60s," that she tends to stay away from drugs altogether.

"It really was, it sent me to a psychologist for quite a while and I bless the day that happened," she continued. "If I hadn't gone, I wouldn't have been able to deal to readily with success because I started to learn a lot more about me and a lot more about my psychology."

"I'm not a big drug person, but I have so much happiness in me, so much joy, I don't want to tamper with it too much," she added. "I don't need it."

Cohen also recruited Hawn's son, Oliver Hudson, for a game called "Shady Spawn" -- where he asked his famous mama a few personal questions. She expertly sidestepped most of the shade.

First, he asked her to reveal the angriest she's ever been at him. The answer was pretty tame, as Hawn said she once got really angry with him when he was 14 and went for a joyride with a 16-year-old girl who had her driver's license.

Oliver then wondered what she thought of Anna Faris' 2018 remake of her classic comedy "Overboard." Though she called it "such a great question," she didn't have a great answer. "You know why? I didn't see it," she said. "I can't answer that question. Isn't that funny?"

She also had no answer when Oliver asked her to reveal her worst on-screen kiss. He guessed it would be Woody Allen from the movie "Everyone Says I Love You." If it happened, Hawn didn't remember it. "I don't remember an open mouth kissing with him or even a closed mouth kissing," she exclaimed.

The mother-son duo also addressed her previous revelation that Oliver is well-endowed. Hudson called it "one of the great moments of my life," while Hawn doubled down.

"When the doctor came out and said, 'I need a bigger clamp when he was being circumcised,' it really helped me not continue to cry," she revealed. "I got excited and I went, that's so great."