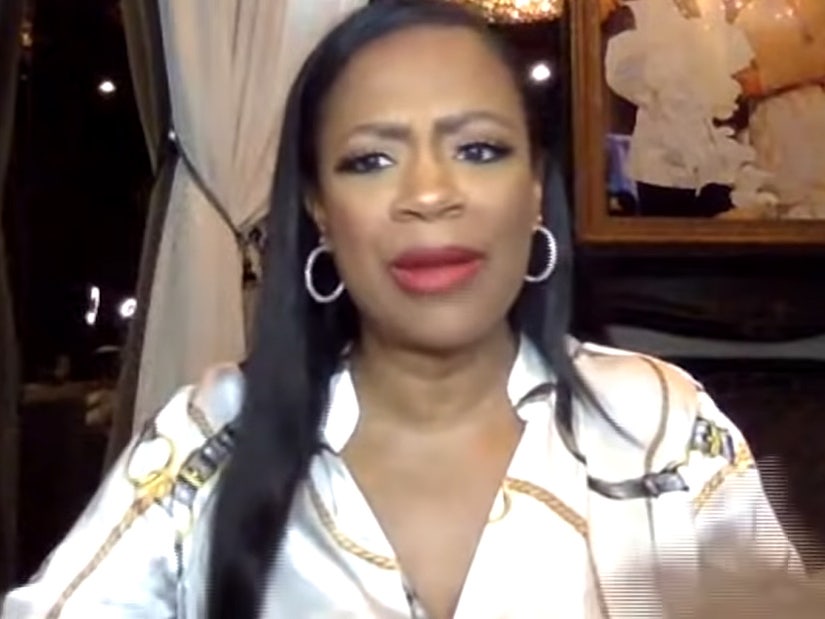 "Ace was confused," Kandi said, beginning to tear up. "He was like, 'So, the police are the bad guys?'"

Kandi Burgess is getting real about the difficult discussions she's had with her children about race.

During a virtual appearance on the at-home edition of "Watch What Happens Live with Andy Cohen" Wednesday night, "The Real Housewives of Atlanta" star, 44, emotionally recalled having to explain police brutality to her 4-year-old son, Ace, amid the ongoing Black Lives Matter protests over the death of George Floyd.

"My son Ace, who's 4, he was a policeman on career day. So when my husband Todd [Tucker] was trying to explain to him what was going on and why everybody was so upset and what was happening with the police, Ace was confused," Kandi said, beginning to tear up. "He was like, 'So, the police are the bad guys?'"

"Now isn't that crazy to have to explain that to a 4-year-old? For you to be Black and have to worry about the police being the bad guys," she continued through tears. "That's an emotional thing for me."

Kandi, who also shares 6-month-old son Blaze with husband Todd Tucker, spoke about how her eldest child, 17-year-old Riley, has made a "movement" through her group of friends to learn who is a genuine "ally."

"She was like, 'OK, I am unfollowing every single friend or person that is not Black who's not speaking up about this, who's not showing that we're an ally with our community,'" Kandi said of Riley, who she shares with ex-boyfriend, Russell Spencer. "'It's one thing to say, 'Oh, we're friends, we're cool, but if I don't see some type of something that they're recognizing is happening right now, I'm unfollowing them,' and she seriously did."

"She made it a movement through her whole friend group," the "RHOA" star continued. "If she did not see some type of statement or show that you care, she was unfollowing you. And she was serious about it."

Earlier in the show, Andy asked Kandi, along with fellow guest, talk show host Tamron Hall, to share their personal experiences with racism growing up, saying he finds the stories "connective."

While Tamron and Kandi both said they have stories to tell, they declined to recall them as they stressed that it's more important to focus on the present and "continue the fight."

"Obviously I've heard and watched so many other friends and family members and celebrities and non-celebrities talk about it," Tamron explained. "For me, we don't have enough time to name all of the things that I've seen, that I've experienced."

"Now, in reflection, I feel like it's not productive because we know what's happening now," the journalist continued after referencing a special she hosted following the fatal shooting of Black teenager, Trayvon Martin in 2012. "What happened to me as a kid in Texas, even as a young woman trying to break into this business. We know the story, so whether it's my story or Kandi's story, there's enough in the bank that we know what the problem is so it's what's happening now."

Agreeing with Tamron, Kandi added, "We can keep going on and on and on about the past, but right now we really need to be putting that plan of action together to figure out how we can continue the fight and not just let it be just for now."

"How do we continue the fight? And that's the main conversation that we need to have," she said.