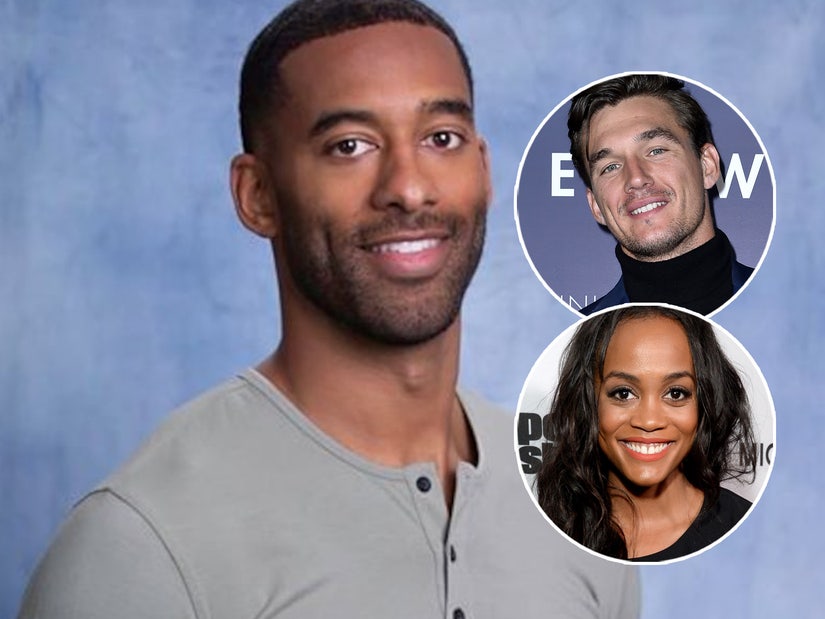 Bachelor Nation members were quick to react to the news that Matt James has been cast as the first Black lead for "The Bachelor."

On Friday, ABC made history by announcing James as the next single guy looking to give out a few roses on the upcoming 25th season of the insanely popular reality dating show.

Tyler Cameron was one of the first to know, as he has been quarantined with James and recorded the real estate analyst giving his interview with "Good Morning America" from their pad in Florida.

Afterwards, Cameron posted an Instagram Live video of the pair, saying, "When something big happens, I'd probably go celebrate, drink a beer or something. This man Matt had me running stadium steps. You are out of your mind. Congrats, brother."

Cameron also posted a snap of the two asleep on each other in the back seat of a car, writing, "This is all a testament of who you are as a person. Now the world gets to see the person you are and the heart you have. You can change the world. Proud of you and so excited for you."

He concluded with a quip, "Not excited that somebody will be taking my spot as your snuggle buddy. P.S. Peep the drool."

Cameron was on Season 15 of "The Bachelorette" competing for Hannah Brown's heart and Brown appeared just as thrilled for the news in her Instagram posting.

"I literally just woke up and I could not be more excited," she began. "Y'all should be so freaking excited because this is like the best human being in the entire world."

She also posted a picture of her and James to her account, captioning it, "I cannot contain my excitement for this amazing human making history as the first Black Bachelor -- to God be the Glory!"

Caila Quinn, who participated in the Season 20 of "The Bachelor," was proud of the "momentus [sic] step forward" for the production.

"As a daughter of biracial parents, watching cross-cultural/ diverse love unfold feels deeply personal and inclusive. (Just like @therachlindsay & @thebryanabasolo's season) I have heard wonderful things about this handsome man of faith who is generous & kind  -- can't wait to cheer on his journey for love."

Quinn's shout out to Rachel Lindsay may have fallen on deaf ears, however, as the only Black lead in "The Bachelorette" history said it seemed like a "knee jerk reaction" in the climate of Black Lives Matter protests.

"I am happy to see that a black man was casted after 18 years and 40 seasons," she told TMZ, calling it a "step in the right direction."

"It would be remiss of me to not point out that based on the current climate it feels like a knee-jerk reaction and a result of societal pressure," she continued. "This announcement sweepingly brushes deeper issues under the rug."

"Until we see actions address the systemic racism and problematic issues within the franchise, this is the equivalent of solely posting a black box on your social media account," she concluded, referring to "Blackout Tuesday," where Instagram users posted a solid black square in solidarity of protesting the murder of George Floyd last week, but critics called for more activism from participants.

She also gave a statement to US Weekly, saying she was hoping to see more change since appearing on the show three years ago.

"I want producers of color. I'd like for them to cast leads that are interested in dating outside of their race that aren't just getting their first-time experience -- for the first time -- on national TV."

Lindsay went on to say she wanted "acknowledgment" from ABC, arguing against "putting a band-aid over the situation and just saying, 'Here, we're going to put this here. Are you happy now?'"

This! Great move @BachelorABC! But also, I still wanna see Clare and Matt get into a fight night 1 about his Cameo account. https://t.co/7LsD3FGQNs

Awesome! Looking forward to seeing a season without a recycled bachelor too. https://t.co/5WGKL0ICjY

"The Bachelor" featuring James as the lead will debut in January 2021.