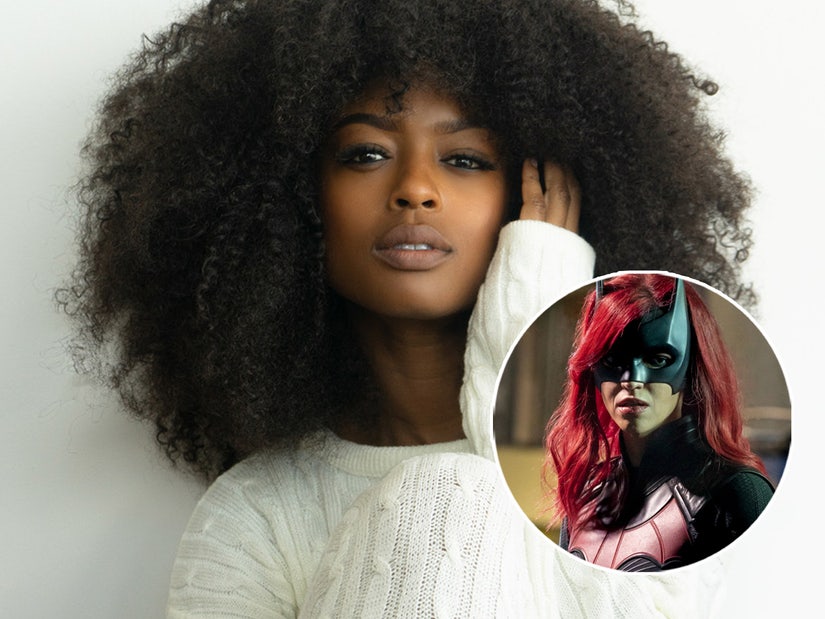 "For all of the little black girls dreaming to be a superhero one day... it's possible!" Leslie shared to her Instagram after news broke of her groundbreaking casting.

It didn't take long for the woman who originated the role of "Batwoman" to share her unending enthusiasm for Javicia Leslie's casting as the new lead on The CW superhero series.

"OMG!! This is amazing!! I am so glad Batwoman will be played by an amazing Black woman," Ruby Rose shared to her Instagram, alongside a picture of Leslie.

"I want to congratulate Javicia Leslie on taking over the bat cape," she continued. "You are walking into an amazing cast and crew.  I can’t wait to watch season 2 you are going to be amazing !!"

Leslie shared her own excitement about the news of her groundbreaking casting with a message of hope for young Black girls who will soon have a superhero on TV to look up to.

"For all of the little black girls dreaming to be a superhero one day," she wrote to her Instagram. It's possible!"

Ruby Rose shocked fans when she unexpectedly left The CW's "Batwoman" after playing the titular role for the show's first season -- and now, her replacement has been announced.

On Wednesday, Warner Bros. Television, The CW and Berlanti Productions confirmed actress Javicia Leslie has joined the show as Ryan Wilder -- a woman who will take over the mantle. Her casting makes Leslie the first Black actress to play the superhero on a live-action TV series or film.

"I am extremely proud to be the first Black actress to play the iconic role of Batwoman on television, and as a bisexual woman, I am honored to join this groundbreaking show which has been such a trailblazer for the LGBTQ+ community," she said in a press release.

According to the network, the character of Ryan Wilder is "likable, messy, a little goofy and untamed" and "nothing" like Rose's character Kate Kane.

"With no one in her life to keep her on track, Ryan spent years as a drug-runner, dodging the GCPD and masking her pain with bad habits," the character breakdown adds. "Today Ryan lives in her van with her plant. A girl who would steal milk for an alley cat and could also kill you with her bare hands, Ryan is the most dangerous type of fighter: highly skilled and wildly undisciplined. An out lesbian. Athletic. Raw. Passionate. Fallible. And very much not your stereotypical all-American hero."

Rose announced her decision to quit the show back in May.

“I have made the very difficult decision to not return to Batwoman next season. This was not a decision I made lightly as I have the utmost respect for the cast, crew and everyone involved with the show in both Vancouver and in Los Angeles," she said at the time.

While the reasons behind her exit remain unclear, Rose said in a follow-up post that she has "stayed silent" about the exit "because that's my choice for now."