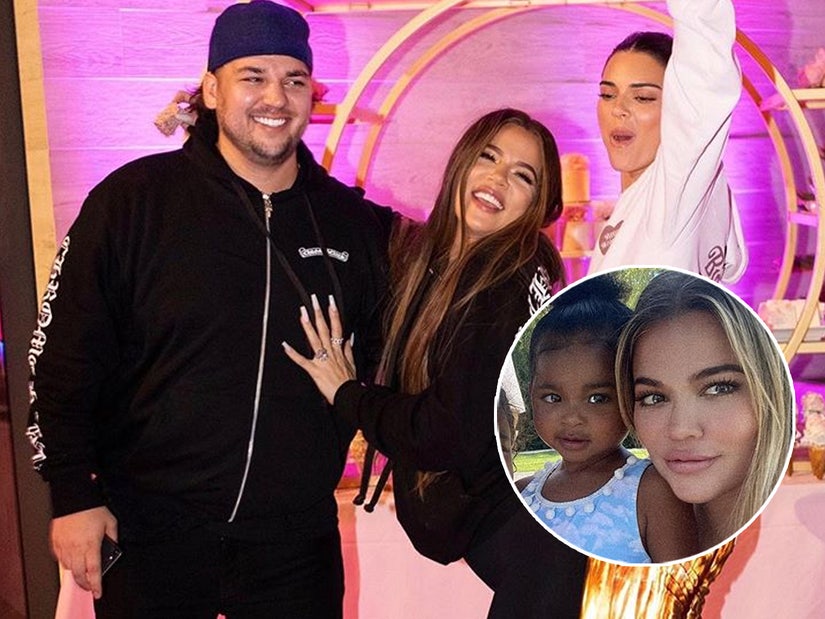 Khloe says her brother is "coming back around" to the idea of being on the show.

After making his first appearance in forever at Khloe Kardashian's recent birthday party, Rob Kardashian may be plotting his return to reality TV.

During an interview with The Morning Mash Up on SiriusXM Hits 1 on Thursday, Khloe revealed her brother is starting to feel "more confident and comfortable" with the idea of being on "Keeping Up with the Kardashians" again.

The subject came up after Khloe was asked whether the show, which has run for 13 years and 18 seasons so far, would ever come to an end.

"I don't know, we kind of say that every season when we're done, like what else are we gonna film and then something diabolical happens in this family and we're like, okay, we'll keep going," said Khloe. "We always say, when it becomes un-fun and we're dreading doing something, hang it up. Nothing lasts forever, we know that and I think we're so okay with that."

She then pointed to Kourtney Kardashian taking a step back from the series going forward, saying she supported the decision because the show just wasn't "her happy place" anymore. That being said, she added, "My brother's coming back around, he's feeling more confident and comfortable. I think he just started a whole new season, there you go."

Speaking with PEOPLE, she added, "Rob is going to be on the show more. So now he is filming more. We're filming more within our homes, and he is right there with us. I'm excited for everyone to see that. He's such a good person and I'm just happy he's coming back around on camera a little bit more."

During the interview, Khloe was also asked about having more kids -- after sparking pregnancy rumors by sharing photos from what appeared to be a baby shower. Kardashian explained that she was, in fact, attending a shower -- but not for her. It was for one of her friends and all the attendees followed social distancing guidelines throughout the "strange" event.

As for having more kids herself, she said she "sort of wishes" she had another. "[True's] just getting big, she's 2 and it goes so quickly," she explained. "I know why people keep having kids now, but they all turn into teenagers."

"I don't think I could handle the amount [of children her mom] has, but I love kids, I love my nieces and nephews, I just love children," she continued. "I definitely would, it's in god's hands, I'm not sure. With the state of the world everything scares me more."

"I am totally content with True, if all I ever have is True, she's everything I've ever dreamt of and wanted and she's so perfect," added Khloe. "If I have another one, what a blessing, but if not, I'm fine with it."

New episodes of "Keeping Up with the Kardashians" -- partly filmed at home during the pandemic -- return in September on E!