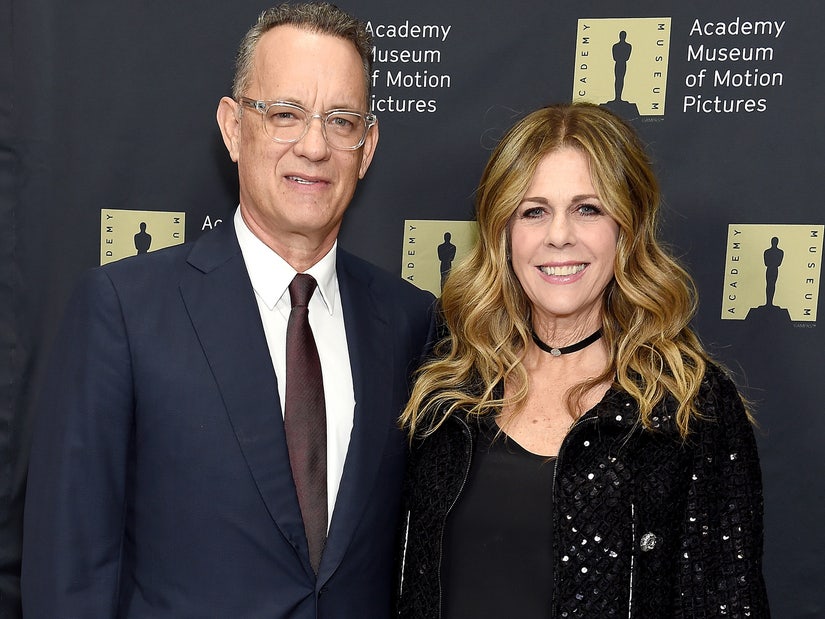 You may be surprised to find out these celebs hold citizenship in two countries.

While many actors, musicians and models have come to the United States in pursuit of fame, they make sure not to forget their roots. A surprising number of celebs have taken the American citizenship test while maintaining their citizen status in their home countries.

Other celebs, like Tom Hanks and Rita Wilson, may not have been born abroad but have received honorary citizenship from countries where their family originated.

Tom, Rita and their entire family were recently granted Greek citizenship, as they spend some of their year on Antiparos. The family’s Greek roots can be traced back through Rita’s mother Dorothea, which she recently shared on an episode of "Who Do You Think You Are?"

Then in July, Tom and Rita posed alongside Greek Prime Minister Kyriakos Mitsotakis as they celebrated their citizenship.

Find out what other celebs are also dual citizens!

Charlize Theron was born in South Africa and moved to the US to pursue acting at the age of 19. In 2008, she took her citizenship test to become a dual citizen.

"I've always wanted to be [a citizen], they just didn't want to take me. It's quite a process. You have to work hard, you know, study up. Then finally I was approved and you have to go in and do an interview. You have to know your stuff," Charlize told David Letterman (via CBS).

Emily Blunt was born in England and became a dual citizen with the United States in 2015. She later said her feelings about the situation were “complicated.”

"Do I feel half British? I felt quite conflicted about the whole thing. It’s better for tax. It’s cheaper being an American,” Emily told the Boston Globe.

Angelina Jolie was born in Los Angeles but was awarded Cambodian citizenship by order of royal decree from King Norodom Sihamoni in 2005. The honor stemmed from Angelina’s environmental and conservation activities in Cambodia, where she adopted her son Maddox.

Since then, Angelina has spent extensive time in Cambodia and, in 2017, she directed "First They Killed My Father", a Khmer language biographical thriller based on Loung Ung's memoir of the same name.

Natalie Porman was born in Jerusalem but moved to the U.S. when she was just three-years-old so her father could continue his medical training. She now holds dual American and Israeli citizenship.

Jim Carrey moved to the U.S. from his home in Canada in 1979 to pursue his comedy career. In 2004, he became a dual citizen of the two countries.

"I have no intention of giving up my Canadian heritage, and all those who loved and supported me. My upbringing in Canada made me the person I am. I will always be proud to be a Canadian," Jim said in a statement at the time, according to People. He added that the United States "helped define me and make my dreams come true."

Keith Urban was born Whangarei, New Zealand in 1967 but grew up in Australia. In 1992, he moved to Nashville, Tennessee to further his music career and later officially became a citizen.

Sandra Bullock was born in Virginia but spent much of her childhood traveling due to her father's career in the Army. Some of that time was spent living in Nuremberg, Germany and in 2009, she announced she had applied for German citizenship.

"It would be wonderful if my sister and I could succeed. It is something my mother wished for her children. Half of my family is German," Sandra told The Local.

Arnold Schwarzenegger was born in Austria but moved to the United States at age 21 to pursue his bodybuilding career. He gained American citizenship in 1983 and although Austria does not usually allow dual citizenship, they made an exception for Arnold.

"35 years ago today, I became a citizen of the United States of America. I arrived here almost 50 years ago with empty pockets, but full of dreams. I owe it all to America. It was, without a doubt, one of the proudest days of my life,” Arnold wrote on Twitter.

Ludacris was born in Illinois but his wife Eudoxie hails from Gabon, Africa. In early 2020, he revealed that his entire family now had dual citizenship with Gabon.

"Starting My New Year off with Dual Citizenship! 🇬🇦 AFRICA IM OFFICIAL!! Momma & Kids Too. The Best Gift of the Decade 🥇Award goes to @eudoxie ✊🏽" he wrote on Instagram.

Elon Musk is not only a dual citizen but a triple citizen! Elon was born in South Africa to a South African father and Canadian mother. He holds citizenship in both countries and additionally acquired his American citizenship in 2002.

Kim Catrall is a dual citizen but neither citizenship is for the United States! Kim was born in Liverpool, England and moved to Canada as a baby and now holds citizenship in both countries, according to The Guardian.

Olivia was born in New York but thanks to her Irish father, she spent her childhood summers in Ireland. She later went on to attend Gaiety School of Acting in Dublin and holds citizenship in the country.

“I’m Irish. I’m an Irish citizen,” Olivia told Irish Central in 2009. “I went to the Gaiety School of Acting in Dublin and I just fell in love with the way Irish people approach theater, approach the arts.”

Nicole Kidman was born in Hawaii while her Australian parents were living there on temporary educational visas. She was raised in Sydney and now holds dual citizenship.

Kirsten Dunst was born in New Jersey but in 2011, she was granted dual-citizenship with Germany, from where her father hails.

"I'm now a real international lady, one who can film in Europe without a problem...It would be the greatest joy for me to act in a German film," Kirsten told People.

She added that while she often visits relatives in Hamburg but enjoys spending her time in Berlin.

Ricky Martin was born in Puerto Rico, a United States territory. In 2016, Spain granted him honorary citizenship in recognition of his artistic talents as well as his "personal and professional links to Spain," according to the Associated Press.