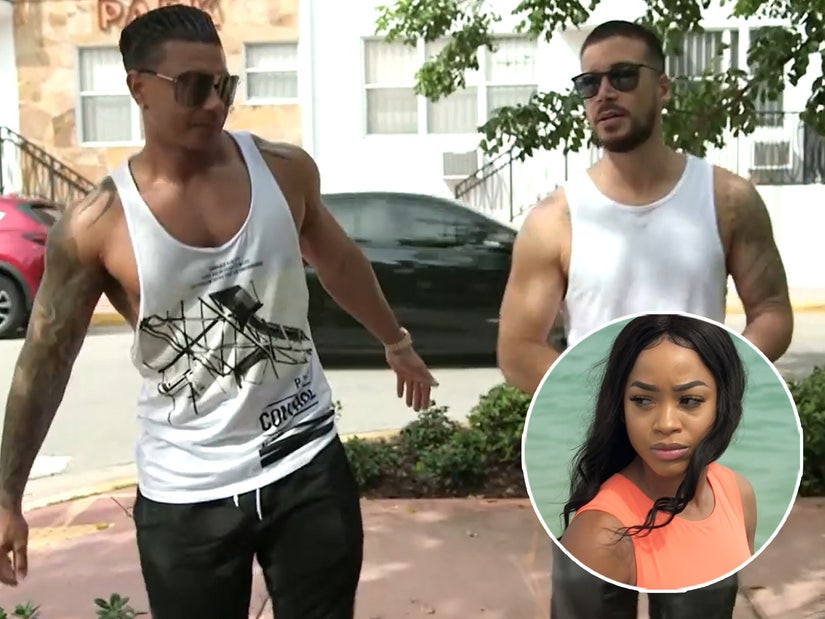 South Beach is bringing the heat for Pauly D and Nikki Hall on this week's episode of MTV's "Double Shot at Love."

In an exclusive sneak peek at Thursday's new episode, the DJ and Vinny Guadagnino catch up after a night out in Miami -- and Vinny expresses his concerns about the rekindled flame between Pauly and his ex.

"You and Nikki, what the f--k is going on?" asks Vin. "You guys are in your own world, boo'd up, straight up holding hands, back together. It looks like wifey."

Not even Pauly understands how things got so romantic, so fast. "How did we get there in a day?" he asks.

"I'm having fun, it looks like she's having fun. If you think she feels another type of way ... what should I do?" he then asks Vin, wondering whether Nikki thinks things between them are more serious than he's ready for.

"We obviously are attracted to each other, having fun, I want to keep it like that and slow," says Pauly. "I don't want a white picket fence right now, I just want to go to dinner."

Vinny urges his buddy to talk it out with her, telling him he needs to make it clear "it's not like you guys are off to the races." Pauly adds that if she's "not willing to go at my pace, we have to stop this."

It doesn't seem like they are on the same page, however, as Nikki is also seen telling one of her costars, "I feel like I should grow balls and tell Pauly, straight up, I want to be with him."