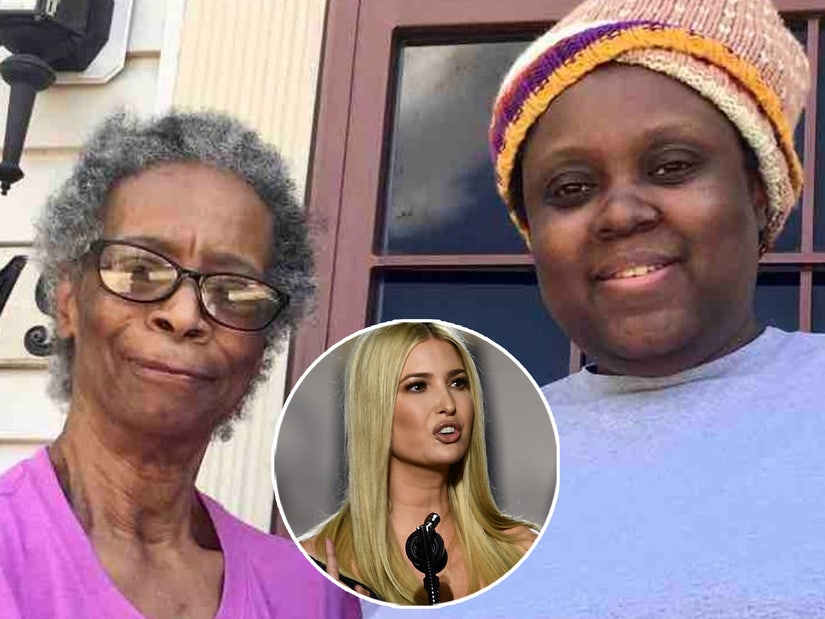 "There was hope in the moment, and then after that, it was like, 'Okay, I've been through this before'" she said. "I'm used to people blowing me off."

A fundraiser for a homeless woman who claims Ivanka Trump ghosted her after offering to help has hit $30k.

Kiesha Davis met the first daughter on July 20 while volunteering for the homeless — despite being homeless herself.

After telling the Advisor to the President her harrowing story, Ivanka promised to reach out... but the 41-year-old says she is still waiting over a month later.

However, after a feature piece in the Washington Post highlighted her moving tale, a GoFundMe Kiesha set up to help the ailing mother she is now forced to live on the streets with has hit $30k — and growing.

In a video shared by Ivanka on July 20, Kiesha praised the President's daughter for coming down to help distribute food from the Farmers to Families Food Box Program.

"My mother and I, we've been homeless," she says in the clip. "We've been sleeping out of a vehicle. But I'm a community advocate, and so, yes, it has been depressing and debilitating, but I’m so grateful and thankful for Ivanka, coming here with everyone today to partner with DC Dream Center. That has been awesome to get food out into the community. They've allowed me to come and pick up food to be able to deliver to people that are shut in, that are needy, that are homeless and disabled, you name it."

It was great to meet you Kiesha! https://t.co/fiRR7yq3ue

"It was great to meet you Kiesha!" Ivanka tweeted along with the video, which garnered her more than 180k views and almost 10k likes.

While some commenters claimed she was being used for a photo op, Kiesha — described by friends as an optimist — dismissed the criticism, describing her delight that Ivanka had even spelled her name correctly.

On the day they met, she said Ivanka promised to follow up with her. Kiesha asked for one of her associates for contact information. But when she tried to call the hand-written number, she said it didn't work.

"There was hope in the moment, and then after that, it was like, 'Okay, I've been through this before'" she said. "I'm used to people blowing me off."

Kiesha's heartbreaking GoFundMe describes how she and her 76-year-old disabled mother were illegally evicted from their Washington DC apartment.

"As a result of the illegal eviction we were left with nothing, after over 50 Years of calling Washington DC home, I am a native Washingtonian, we are currently sleeping on the Streets in the PANDEMIC, mentality this has been even more debilitating for my mother, who doesn't understand why this has happened to her when she’s has always helped others her entire life," she wrote.

The car they had borrowed from a relative to live in has since broken down, and they have been forced to consider using the fund to rent one, as she fears living in shelters amid the coronavirus outbreak would put her mother's life at too great a risk.

While lacking money for even shelter, the pair are desperately trying to legally fight their eviction.

In a statement, the White House accused the Washington Post of failing to reach out for comment before publishing the article.

"Ivanka greatly enjoyed the conversation she had with Kiesha on her recent trip spotlighting the Trump Administration’s Farmer’s to Families Food Box Program, so much so that she shared her office's contact information to keep in touch," it said.

"Her office has not received any outreach yet but looks forward to reconnecting. We would be honored to host Kiesha for a meeting at the White House and look forward to scheduling a connection soon."