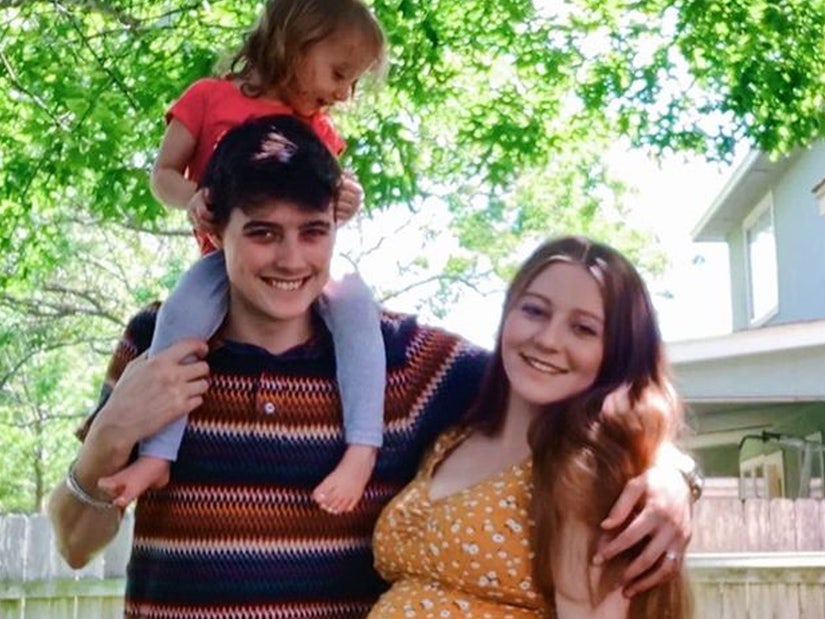 "If you are easily triggered, I wouldn't watch this video," said Camryn before opening up about addiction, depression and suicide.

YouTuber Camryn Clifford posted a nearly 37-minute video, in which she revealed how her husband, 19-year-old Landon Clifford, died earlier this month.

Camryn, whose Cam&Fam YouTube channel has 1.35 million subscribers, first revealed Landon died earlier this week, but didn't initially share any details other than confirming he had been in a coma before his death.

In a video shared to her channel on Thursday, which has already been viewed over 1.1 million times, Clifford tearfully recounted her husband's struggle with anxiety, depression and ADHD, before explaining how she found him in their garage, having hung himself, on August 13.

"This is definitely going to be the hardest video I've ever had to make," she began. "It took a while for me to obviously get over the initial shock and to just gather my feelings and my thoughts and to feel like I'm ready to tell his story. It's a very important story to be hold and it's my job to tell it, but it's not an easy story to tell, at all."

While Camryn said she has always been open with her battles with anxiety and depression, Landon would "hardly" share his with anyone, including his family or friends.

"Behind the scenes, he was always just kind of going through his own stuff," she said. "He has had mental health issues for as long as I have known him."

According to Camryn, Landon started falling into depression when she got pregnant with the couple's second child, Delilah -- though she doesn't believe there was a correlation between the baby and his mental health.

"Many factors just kind of contributed to the fact his mental health wasn't great," she said, explaining he went to a psychiatrist and got back on ADHD medication, anti-depressants and anxiety meds.

Camryn said her husband "did the right thing" by finding help, but fell into a pattern of highs and lows as he started abusing the meds. "He fell into a hole," she said, calling it "a very, very vicious cycle" that was "very unhealthy."

When their second daughter was born, the two were "both really happy" for a short time, but "it hit us really hard" when they started adjusting to having two kids. The two decided to take a break from YouTube -- with Camryn calling it "mentally exhausting" to keep filming videos where everything appeared happy -- and he went to stay with his family to work on getting off the drugs and work on his mental health.

Things started looking up when they reunited and got into a healthier routine. But, on August 13, everything changed.

While Landon "seemed like he was having a good day," Camryn could tell "something was wrong" that evening. "He said he was sorry for everything he put me through. It was really hard on me when I was pregnant and he was heavy in his addiction and he wasn't himself during that time and he was apologizing to me for everything," she said.

"I could tell he was putting a lot of blame on himself. I talked to him, I told him that I loved him and I forgave him and things were different now," she continued. "I gave him a hug, a kiss and I told him I love him and that it's okay and that no matter what he ever did, I would always love him and be here for him. After that he seemed okay."

Landon said he was going to take a break -- something which was part of his daily routine -- but after 30 minutes, he hadn't returned. Camryn said she searched the entire house for him, but he was nowhere to be found.

"Then I went into the garage and when I opened the garage I saw him, he had hung himself and he didn't look alive," she said. "He was very pale and I was in so much shock. It took me a second to realize that it was actually happening. I ran to the kitchen, I grabbed a knife and I cut him down."

She called 9-1-1, but didn't feel a pulse. "I knew in that moment that he was gone," she said. "There is no words to describe how I felt at that time."

Paramedics were able to get a pulse and brought him to the hospital, where he remained in a coma and was declared braindead. Camryn and his family then said their goodbyes. Before his death, Landon decided to donate his organs -- with Camryn remarking, "even in death he was caring for other people"

"There was no note, no explanation, but I know him very well. I'll never truly know the answer, but I know Landon and I know he was not thinking rationally," she continued. "He's a very impulsive person and he does things without thinking. I think he felt guilty about how everything has gone for the past year and I think he just felt like a burden and we'd be better off without him, which is so far from the truth."

Camryn said she was telling this story so people out there could hear "what comes after" someone takes their life.

"I know, deep down, that you care about your loved ones, I know Landon did and you need to think about that before you do it, think about who's gonna have to find you," she said. "Think about everyone who loves you."

"He just had so much more life to live."