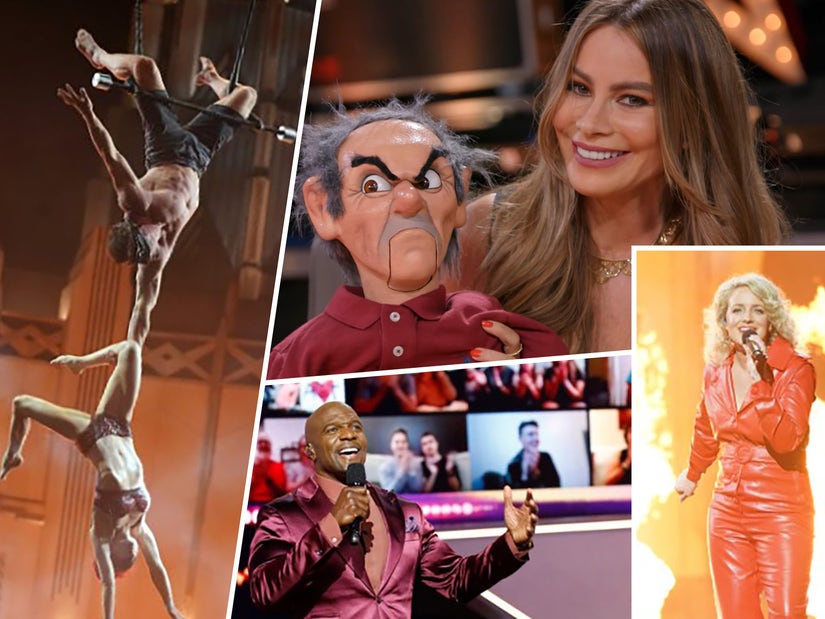 Cam joins forces with Duo Transcend for a moving -- and terrifying -- performance as the quarter-finals wrap up with a couple of surprise results.

The “America’s Got Talent” quarter-finals were all but finished, only awaiting the five acts that would advance to the semi-finals, kicking off next week.

This week’s competition was not as strong as last week, but also much, much harder to predict. There were a lot of strong singing acts, but were there too many? America rejected singer domination last week, but also doesn’t seem to have much humor this season as evidenced by the complete lack of comedians advancing. 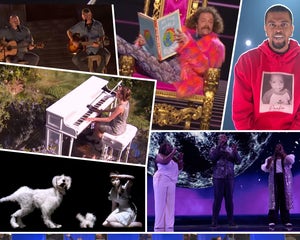 We loved insult comic Alex Hooper, but don’t see America getting on board with a guy insulting people amid calls for positivity and support in discourse.

Our final predictions were that poet Brandon Leake, puppeteers Lightwave Theatre Company, and singers Celina, Resound, and Broken Roots would advance, but was that too many singers? Too few?

Of course, before we could get through the results, we had to deal with some padding, which saw daredevils Duo Transcend return for a surprisingly moving performance with country singer Cam. Then, Sofia Vergara delivered on her promise of showing off her ventriloquism, with an assist from Darci Lynne.

One touching segment had the contestants share a picture that represents a motivating person or moment that catapulted them to this stage. It’s always great to personalize the stories of these contestants, because we all know story gets votes as much as -- if not sometimes more than -- actual talent.

Sometimes these collaborations are just awkward, butr Cam singing accompaniment to Duo Transcend’s routine added another level of artistry and storytelling to their amazing and dangerous stunts. Always a show-stopping performance, they took it to the next level. Yes, we’ve seen most of these tricks before, but as a showcase performance it was both emotional and exciting.

Ever since Sofia dropped that she could do this whole ventriloquism thing, we’ve been dying to see it. And we have to admit, we love that “AGT” brought its own ventriloquist in to check it out with us. This was one of the most adorable and funniest segments on the show. Sofia has not had the chance to really show off just how funny she is, and with a cameo by Howie Mandel (and “Simon Cowell"), this had us in stitches from top to bottom. 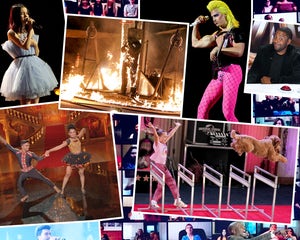 Before we got to all those fun distractions, we had to send three acts to sweat it out for the duration of the show as the fourth, fifth and sixth vote-getters. One would be saved by America’s vote tonight, another by the judges and the final act had to sweat it all out just to go home anyway.

Bello Sisters, Celina and Resound were those acts, and one of those absolutely blows my mind. We had Resound as our second-best act of the night. They are absolutely incredible at what they do. The other two did not make our official Top 5, but Celina is one of our predictions for your Top 5.

Kenedie Dodds was the first name called, alongside Noah Epps. We had neither of these acts advancing under any circumstance. Did you feel bad you didn’t advance enough singers and kid singers last week (and here I thought you’d grown)?

Maybe. Whatever your reason, Kenadi Dodds advanced. Even though we didn’t think she’d advance, we did feel she was ready right now to launch her career, so we’re not mad about this. But she got more votes than Resound?

Then, Terry Crews really threw us for a ringer by putting three more acts from our Top 5 on the line at the same time -- so only one would advance. Broken Roots vs. Alex Hooper vs. Lightwave Theatre Company. So it looks like tonight’s going to be a singer kind of night, huh?

Well, here’s two more to help you out as Broken Roots went from eliminated in the Judges Round to the semi-finals. 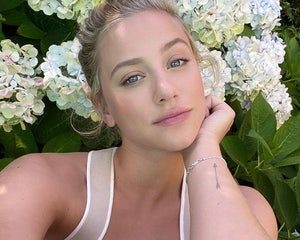 Brandon Leake, C.A. Wildcats and Divas & Drummers of Compton squared off next, which means that both large groups had to know right away that this was the end of their journey. Brandon took this show to another level last night. We have to see him again.

And we will as Brandon Leake easily slid into that third spot.

From here, it was all about the Dunkin’ Save acts. Of Bello Sisters, Celina and Resound, two would advance. Would America and the judges make it so both vocal acts advance?

First up, it was America’s insta-save. After voting throughout the show, America gave their love to Celina, which wasn’t really a surprise. She’s a great vocalist and her story clearly touches America.

That left an incredible vocal trio against an incredible acrobatic trio. But which trio has more life left in them in this competition. Spoiler alert, our vote totally still goes for Resound. Did we mention they're incredible? 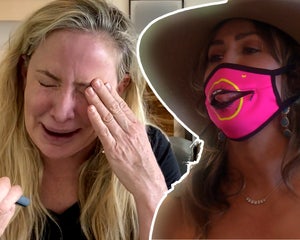 The judges have been known to push for different types of talent, which could serve Bello Sisters here. Sofia threw the first vote their way. Heidi Klum even argued the variety angle, but voted for Resound anyway, putting the decision in Howie’s hands.

And he finalized the variety push, handing Bello Sisters the final spot in the semi-finals, which is just heartbreaking for Resound.

We say final, but Terry then teased that there would be a Wild Card act in next week’s semi-finals, so we can all start speculating on who might come back. Or perhaps two acts will return if each week of the semi-finals features a Wild Card.

Our guess is they’ll come from the four acts that got cut underneath the closing credits in these quarter-finals, so either Resound, Nolan Neal, Alexis & the Puppy Pals, or Feng E (who was our strongest act the night he performed) might just return to this stage.

“America’s Got Talent” moves into the semi-finals next Tuesday and Wednesday at 8 p.m. ET on NBC.