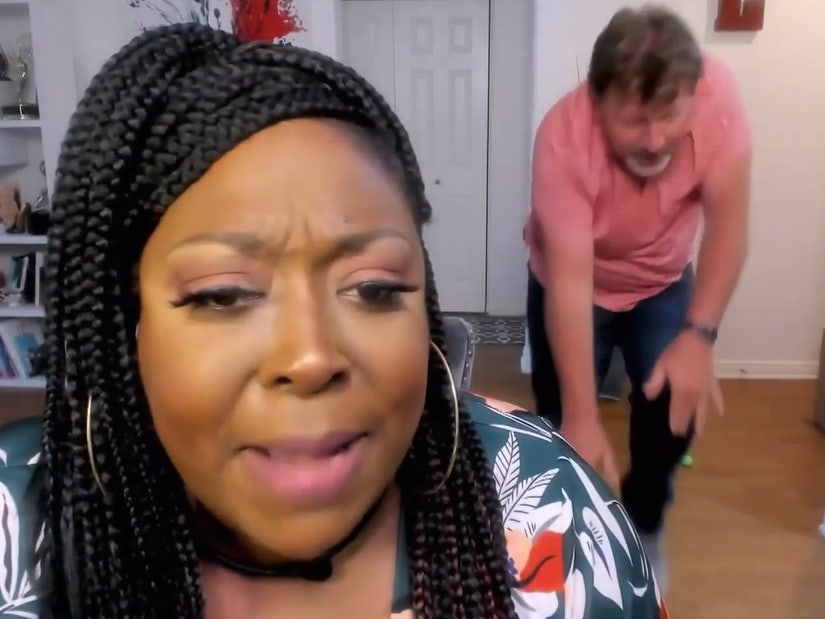 "Um, fly like an eagle," Loni tells James, as he begins to flap his arms. "Fly like a ballerina. Fly! Fly free, you're free!"

Loni Love looks like she can get her boyfriend James Welsh to do just about anything.

During an exclusive clip for the latest "Celebrity Game Face," the comedian competes on the game show by watching clips of TikTok dances while attempting to coach her beau into imitating them. The catch? James can't see what Loni is witnessing.

As soon as host Kevin Hart gives the count down, Loni begins describing the first viral boogie being performed by a young TikTok user.

"Um, fly like an eagle," she tells James, as he begins to flap his arms. "Fly like a ballerina! Fly! Fly free, you're free!"

The other partnered teams -- Kelly Osbourne and Jack Osbourne, Erin Andrews and Jarret Stoll and Stephen "tWitch" Boss and Allison Holker -- begin cracking up as they finally award the pair a win.

The next round gets even more wild and hilarious as Loni shouts at James, "Go up and down like you climbing the stairs and move your arms 'cause you gotta catch your breath 'cause you old!"

Watch the clip above!