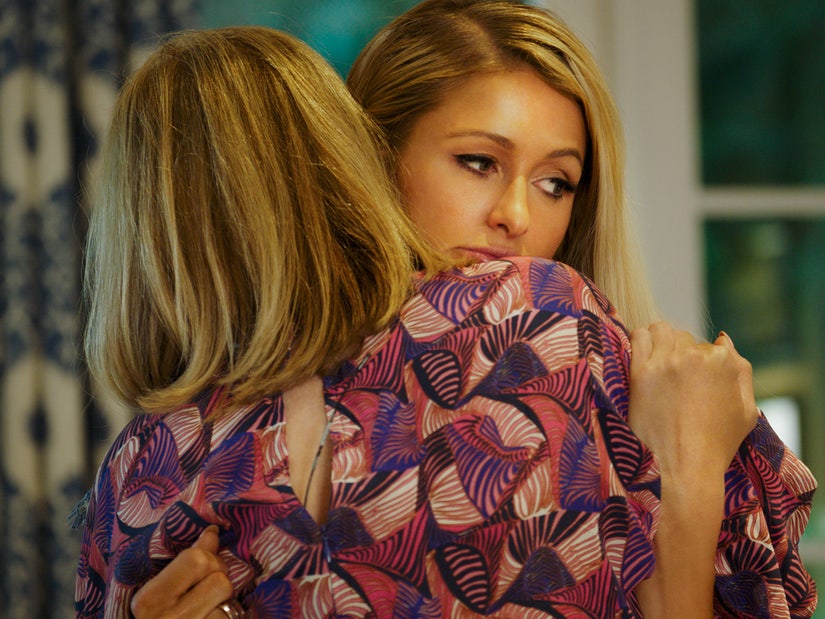 "You have to understand that all the other survivors went through something similar," says the film's director.

In Paris Hilton's new documentary, "This Is Paris," she opens up about the alleged abuse she suffered as a teenager at a private boarding school -- experiences which affected almost everything that came next and shines a different light on her now-infamous sex tape.

Hilton's claims about the Provo Canyon School in Utah are backed up in the doc by similar accounts from her former roommate and classmates, who all reconnect as they reflect on their shared trauma.

"Obviously, this doc was not about [the sex tape], it's about what happened to her before that, but because what happened to her before that was so dramatic it, of course, we have to reframe the sex tape," director Alexandra Dean told TooFab. "Now you see it as someone who came from all this trauma and who's maybe making some risky choices with her life because she's angry and lashing out and trying to figure out how to survive all this traumatic scarring."

"At the same time, you realize somebody out there who's ready to exploit her, but he did it in exactly the same way that all the other survivors that graduated from her school at the same time experienced," she continued. "They all had abusive boyfriends. They all watched that news footage of [Paris] talking about the sex tape and nodding their heads in understanding because they were all having the same experience."

"Now that makes me reframe the sex tape experience," added Dean. "Whatever you think of it, you have to understand that all the other survivors went through something similar at the exact same moment. And there's no way that that can't make you reconsider it."

Filmed in 2001 but released in 2004, "1 Night in Paris" featured Hilton having sex -- sometimes through night vision -- with then boyfriend Rick Salomon.

"That was a private moment with a teenage girl not in a right headspace. Everyone was watching it and laughing like it's something funny," Paris says about the tape in the documentary. "It was my first real relationship, 18, I was just so in love with him and I wanted to make him happy and I just remember him pulling out the camera and he was kind of pressuring me into it. Like, 'You're so boring, want me to just call someone else, no one will ever see it.'"

Hilton says the footage "was like being electronically raped. And, for people to think I did it on purpose ... I don't know. I didn't need to do that. I always had a plan."

Dean agreed the tape would be received in a new light if it came out now, "because we listen to survivors differently." 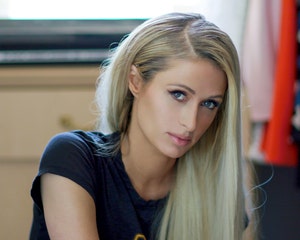 Describing some of the alleged treatment she experienced at Provo, Hilton said the students would be "sitting on a chair, staring at the wall all day long, getting yelled at or hit." She added, "I felt like a lot of the people who worked there got off on torturing children and seeing them naked."

"The staff would say terrible things," Paris continued. "They were constantly making me feel bad about myself and bully me. I think it was their goal to break us down. And they were physically abusive, hitting and strangling us. They wanted to instill fear in the kids so we'd be too scared to disobey them."

The abuse allegations were what eventually made Dean agree to direct the project, because her own sister had "gone through a lot of trauma" in her teen years as well.

Hilton challenged Dean with tracking down her old roommate for the documentary, not even knowing her last name. After finding a Facebook page for other Provo survivors, Dean was able to connect with a number of women who shared Hilton's story and eventually link up with her roommate as well. After they all met up in person, Hilton felt comfortable talking to her mother, Kathy, about what happened for the first time.

In fact, it was Dean who first informed Kathy of the some of the allegations during one of the interviews for the doc. Hilton seemed blindsided by the question when the director mentioned solitary confinement.

"That moment with Kathy ... wow right?" recalled Dean. "I had no idea clearly that I was dropping this bombshell on her. I knew that Paris said she hadn't really talked to her mom, but I assumed that just meant she kept trying to talk to her mom and her mom wasn't really listening like you see your siblings do all the time, right?"

"When I said that about solitary confinement, you see Kathy's whole body get a little bit electrified," she added. "She did not know."

The doc ends with Hilton sharing her experience with her mother, who is overcome with emotion as Paris details being allegedly strangled and berated by the staff. In a statement, Provo Canyon School said, "Originally opened in 1971, Provo Canyon School was sold by its previous ownership in August 2000. We therefore cannot comment on the operations or patient experience prior to this time."

"Had I known this, Dad and I would have been there in one second," Kathy tells her daughter. "I'm so proud of you."

"This Is Paris" is streaming now on YouTube. Watch it in full below.