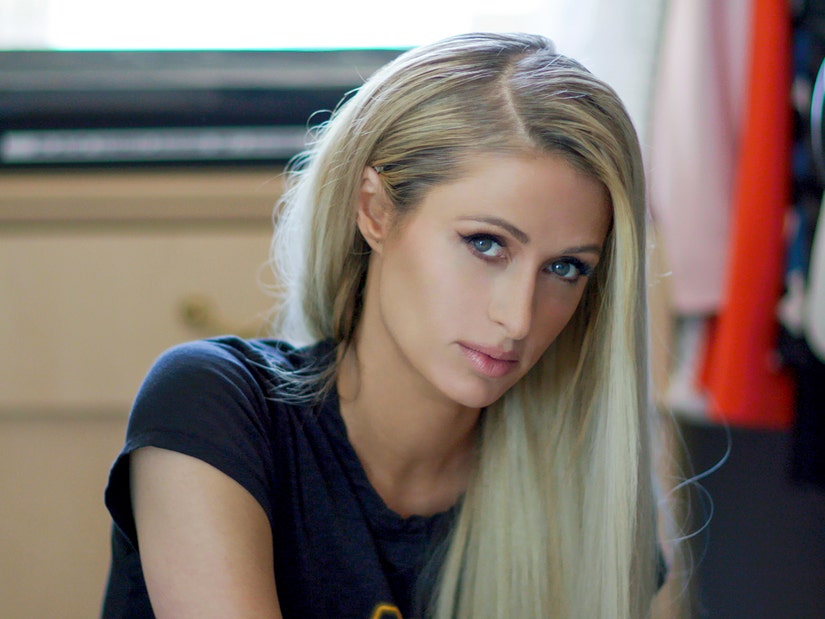 While Kathy and Nicky Hilton, Kim Kardashian and Kyle Richards are just a few of the familiar faces who appear throughout the new Paris Hilton documentary "This Is Paris," director Alexandra Dean didn't get time with everyone she hoped for.

Though mom Kathy actually found out about the alleged abuse her daughter was subjected to during her time at a Utah boarding school from the director, during filming, Hilton's dad -- Rick Hilton -- doesn't appear at all.

"Rick is very private and I don't think he was really comfortable doing an interview and explaining his life story or his family's," Kathy explains at the beginning of the doc, with Dean confirming to TooFab Paris' father was asked to participate.

"We definitely invited him to be a part of it, but he really doesn't do things like this," the director explained.

She added: "He's lived his whole life through the public eye, so I think he's been asked since he was a little kid to talk about the Hilton family and I can see why he made the decision to not do it."

When asked who she hoped to speak with but didn't, Dean said "the obvious person is Nicole Richie, because of 'The Simple Life' chapter of [Hilton's] life."

There were plans for Richie to make what would have been an incredible appearance in the movie, but Paris' busy schedule prevented it from happening.

"They have kind of struck up a friendship again recently and they do hang out," said the director. "While we were filming, Nicole invited Paris to a reunion, a class reunion, and I was all over covering that."

"Paris couldn't go, she had other commitments. She was in some other country, or three countries, over that date," said Dean. "I think she was racing a car across Europe for charity. So that I really regretted. I really wanted her to go to that school reunion and really wanted to see her and Nicole Richie back together."