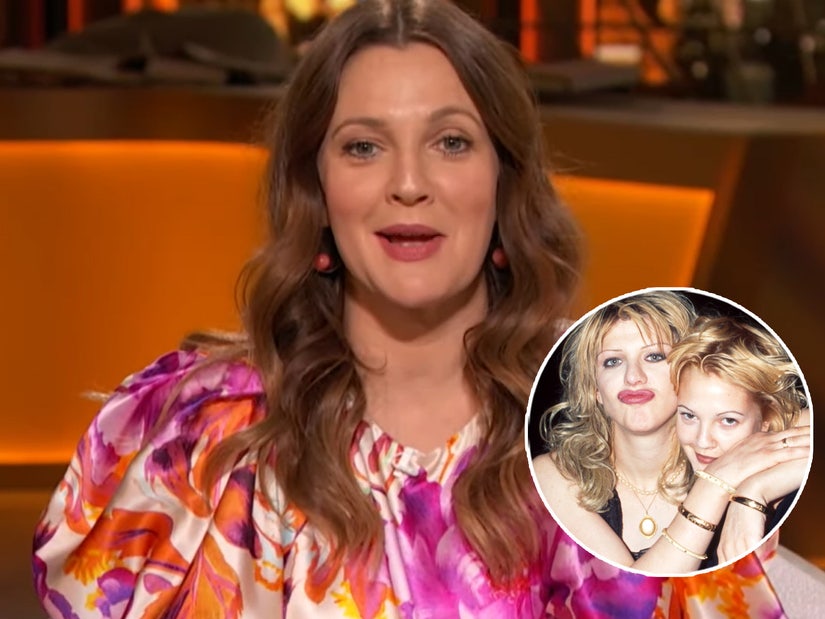 Appearing on WWHL, Barrymore called her experience with online dating "a car wreck," before filling "in the blanks" on Love's iconic 1995 interaction with Madonna.

Drew Barrymore made her virtual return to the "Watch What Happens Live" clubhouse on Wednesday night, where she got extremely candid about her not-so-great experience with dating apps like Raya

While the actress-turned-talk show host wouldn't reveal which other stars she saw on the app -- telling Andy Cohen "it was like looking through an Us Weekly" -- Barrymore said she "did terribly" while trying it out.

"I got stood up, I didn't match with anyone and my friends gave me this bloated sense of self confidence," she explained. "They were like, 'You should try it, You'd do great.' It was a car wreck."

That being said, Drew -- who separated from third husband and father of her two daughters Will Kopelman in 2016 -- still "definitely had fun" with her time on the app.

"I love being in the conversation ... and I've always wanted to go on a blind date but my life got in the way of that," she continued, calling the trial "a real wakeup call."

When Cohen asked whether it was another celebrity who stood her up, Barrymore said that it wasn't -- revealing her no-show was "a guy who owned a restaurant."

Elsewhere in the show, Barrymore was asked about one of the most iconic moments in MTV Video Music Award history.

Back in 1995, Courtney Love crashed an interview Madonna was doing with Kurt Loder -- first throwing a compact at her from below, before joining her on the interview platform. "Courtney Love is in dire need of attention right now," said Madonna, before the Hole rocker sat beside her. It was an awkward interaction, as Love railed on Madonna's A&R person and Madge commented on all the "available drugs" at the ceremony before being pulled away by her publicist.

It was a moment.

What many people may not remember, however, is that Barrymore was with Love all night long -- appearing in a ton of photos with Courtney that evening. That, apparently, came as a surprise to Drew, too.

"I was?!" Drew exclaimed after Andy asked why Love started throwing compacts in Madonna's direction. "'95 was such a blur," he added, as Drew said, "It really was and just good times."

"Let me just fill in the blanks, having known Courtney back then," she continued. "Courtney was an animal and loved to spar and I'm sure she had some type of beef with Madonna or vice versa and Courtney couldn't sweep anything under a rug to save her life."

"It was sort of all out there and that's what we loved about her," she continued. "We were sick of everyone who was so plastic and perfect and out comes this creature who's just like raw and that's probably why."

"I'm sure she had an issue and thought, 'I'm going to throw my compact at her,'" added Drew.

While not the best insight into what went down that night, it gives us a reason to talk about it -- and rewatch the moment again below!