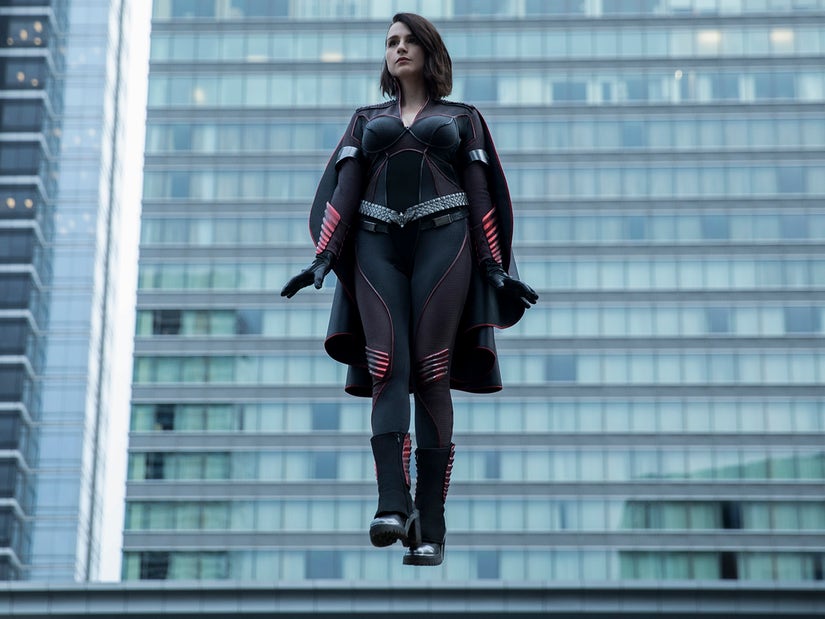 Just in case there's any confusion, Cash tells TooFab: "I disagree with all of her actions, I think she's disgusting ... and you should hate her."

Throughout her time on "The Boys," second season-addition Aya Cash's Stormfront has transitioned from a social media savvy thorn in Homelander's side to the season's true villain -- and a new twist from this week's episode proved just how evil she really is.

Yes, that was your spoiler warning ... stop reading if you aren't fully caught up on the Amazon series.

This week, viewers learned that Stormfront isn't just a murderous racist with neo-Nazi tendencies, but a straight up, 101-year-old Nazi supe created during World War II under the eye of Heinrich Himmler, Joseph Goebbels and show scientist Frederick Vought -- the latter of whom she married after he gave her the world's first successful V injection.

Her plan in 2020: To create an army of supermen to stop "the other races" from "grinding us down and taking what is rightfully ours," with Homelander as their Aryan leader. 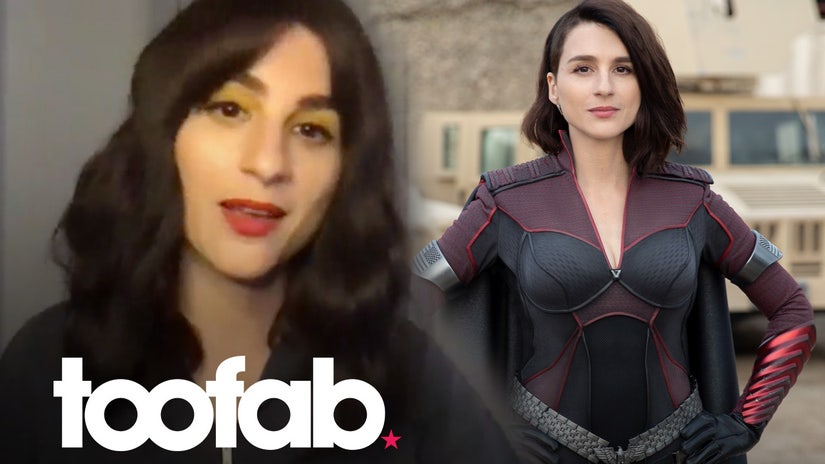 While the character was both a man and an obvious, swastika-and-eagle-sporting villain from the get-go in the comics, the show took a more modern and inconspicuous approach to Stormfront -- with Cash knowing before she signed on what awaited her six episodes in.

"I knew going in and I knew it was going be complicated but I had good conversations with [series creator] Eric Kripke and how it was going to be handled and what he was seeing and how he was updating the character from the comics who was an actual Nazi wearing a swastika on them, versus this new, cutesy, hate-spewing social media animal," Cash told TooFab after the episode dropped.

"I think they handled it pretty well in that you think she’s one thing, then you realize she's another and then you realize, oh, this is direct lineage," she continued. "This is not the child of Nazis, this is the actual real deal, because we live in a superhero world where I can be 100."

While Cash said she's seen some "confusion" on social media about where she ends and Stormfront begins, the actress made one thing very clear: she knows her character is the scum of the earth.

"I disagree with all of her actions, I think she's disgusting and horrible and you should hate her," she said. She also added that she believes it's "totally reasonable to ask me why I would play that character and what I think we're saying with that" at the same time.

Cash has previously said she was drawn to the satire of the series, after conversations with Kripke about racism, extremism and what white supremacists in 2020 look like. 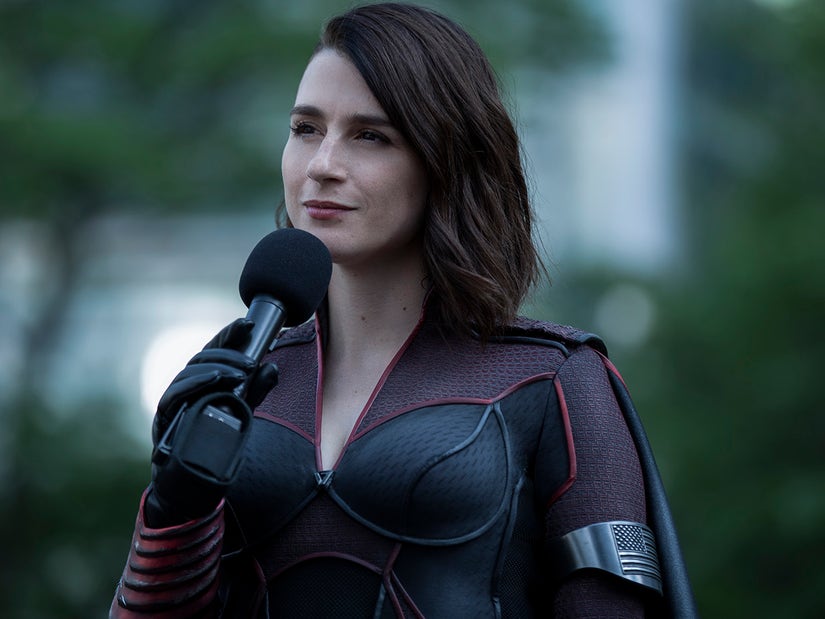 "I do have a responsibility as an actor in the roles that I play and choose to do, especially someone like me who's in a position of financial stability, where I could say no to a role that I didn't believe in," added Cash. "I'm happy to have that conversation, but the conversation about me being a Nazi, there's no conversation here."

Speaking more about how financial stability can affect the types of roles one accepts, Cash said she first felt that sense of security after starring on Fox's short-lived "Traffic Light" in 2011.

"It gave me the buffer to start to pick and choose roles in a different way," she explained. "Not completely, because I still have to work, but to be able to say, 'This is what I want to be doing,' or, 'I'm more interested in waiting a couple months and not working as much' … I couldn’t have done that when I first started out."

"I could have, but it's a much more complicated decision when you are saying I can turn down that role and go back to my waiting tables or I can take that role and possibly start to transition out of my day job," she added.

She followed up "Traffic Light" roles in "The Wolf of Wall Street," "The Newsroom" and "We Are Men," before playing the lead on FX's hilarious "You're the Worst," which wrapped up its run last year.

New episodes of "The Boys" drop every Friday, while Cash's latest film -- the horror movie "Scare Me" -- hits Shudder on October 1.