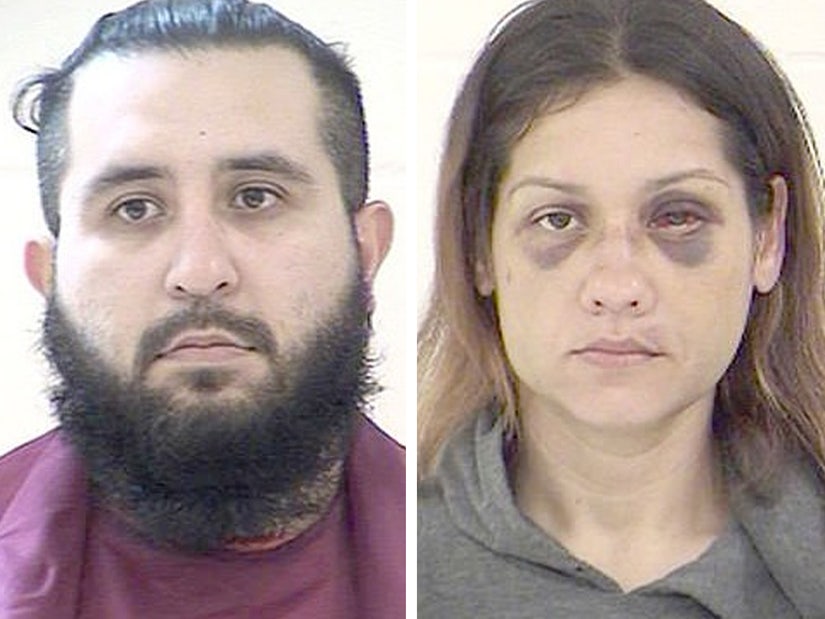 After discovering an affair with a co-worker, authorities claim the husband used his wife's phone to lure the man to a park.

A New Hampshire man who caught his wife having an affair with a co-worker forced her to cut his head off, police have claimed.

Armando Barron, 30, is accused of murdering 25-year-old Jonathan Amerault, while Britany Barron, 31, is charged with falsifying evidence, including mutilating and disposing of her lover's body.

However, she told investigators that her husband tried to make her kill Amerault, and when she refused, he did it himself and forced her to decapitate the corpse. 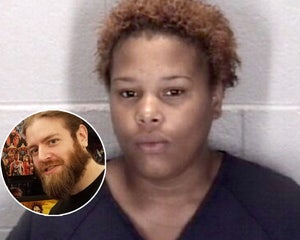 According to the police affidavit, Britany told investigators her husband discovered the affair on Saturday September 19 after going through her phone; flying into a rage he beat and choked her, leaving her with two black eyes, and put a gun in her mouth, all of which was witnessed by their nine-year-old daughter.

Police said he then texted Amerault from his wife's phone, luring him to Annett State Park in Rindge where he ambushed him, viciously beating him.

He ordered his wife to kill her lover, but she "would not place her finger on the trigger," the affidavit says, per the Sentinel Source. "When she did not shoot him, Armando removed the gun from her hand."

He then ordered Amerault into his own car at gunpoint, and ordered his wife to slit his wrists, which she did, according to the affidavit. She said her husband then turned around and shot him three times; twice in the chest, once in the head.

Britany told investigators Armando then made her drive Amerault's car, with the body inside, to a campsite where the married couple had frequented many times, while he followed behind in his Jeep.

They stopped en route so he could buy tarps, lighter fluid, household cleaner and a shovel at a general store. Upon reaching the woods, they set up camp.

According to Sgt. Stephen Sloper of N.H. State Police, Armando then ordered his wife to behead the corpse, so it could not be identified by dental records; they buried the head before wrapping the body in a tarp, intending to bury it elsewhere. 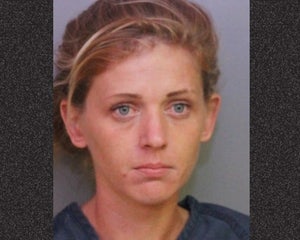 Britany said her husband planned to use Amerault's phone to send texts telling people he was okay, to throw anyone looking off the scent.

She phoned into her workplace, Teleflex Medical, on Monday to say she wouldn't be in, and also that she intended quitting. But when Amerault did not show up for work either, the alarm was raised; family and friends reported they hadn't heard from him since Saturday night.

Realizing the police were looking for her, Armando told his wife to text people to say she was "leaving for a while to clear her head"; one friend later showed investigators a text from her saying she was moving to New Mexico near her sister to get a fresh start.

Britany said Armando told her he had to go back to their house, and left her at the camp with two guns to defend herself against wildlife — one of which was allegedly used in the murder — telling her to dispose of the body before he returned.

But while he was gone, a number of hunters came across their camp; one told her it was illegal to camp there and informed the N.H. Fish and Game.

When conservation officers arrived, they noted a large object covered in a tarp, sticks and rocks. When they returned later they spotted "drag marks in the mud", and what appeared to be a body wrapped in a tarp. Britany was then taken into custody.

When police made contact with Armando and asked where his wife was, he claimed he had last seen her early on Sunday morning when he dropped her off to go camping with friends.

He was taken into custody and charged with capital murder, as well as assaulting his wife.

Britany's attorneys claim she is innocent, and that any wrongdoing was done under duress.

However prosecutors point out she had plenty off opportunity to alert authorities, including the three-and-a-half hour drive with the body, or any of the interactions with the hunters.

The presiding judge agreed with the state attorneys, and ordered her held without bail.