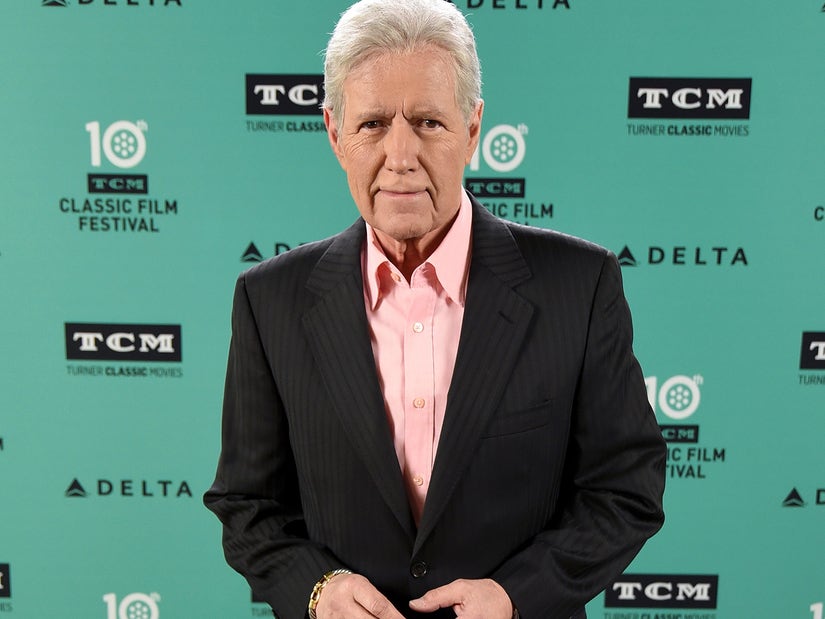 The beloved "Jeopardy!" host had been battling stage 4 pancreatic cancer since March 2019.

Alex Trebek, one of the most revered and beloved television personalities of all time, has died after battling stage 4 pancreatic cancer for a year and a half, as reported by TMZ. He was 80 years old.

The "Jeopardy!" host became an icon over 36 years as the calming presence in the middle of one of television's most challenging game shows. Even after revealing his cancer diagnosis and undergoing treatment, Trebek announced he had no plans to retire and even returned to work.

Despite "massive attacks of great depression that made me wonder if it was really worth fighting on," the beloved host persevered against the odds, kicking off his 37th season on the show and helming the prime-time special "Greatest of All Time" tournament.

Jeopardy! is saddened to share that Alex Trebek passed away peacefully at home early this morning, surrounded by family and friends. Thank you, Alex. pic.twitter.com/Yk2a90CHIM

While Trebek knew that statistics and the odds were against him surviving two years beyond his diagnosis, he was determined to try and beat those odds. In May 2019, he announced his tumors were reduced more than 50 percent, a promising sign.

Through health ups and downs, he always put out a positive public outlook, even going so far as to joke he had no choice but to beat cancer.

"Truth told, I have to! Because under the terms of my contract, I have to host 'Jeopardy!' for three more years!" he said back in 2019. His contract was set to run through 2022.

Hollywood began sharing its sorrow across social media, mourning the iconic Trebek for his strength of will and character, as well as their appreciation for all that he gave to the world.

The "Greatest of All Time" contestants, Ken Jennings, James Holzhauer and Brad Rutter, also shared their grief and sorrow at the loss of the man who changed their lives and made them household names.

Fans were also sharing some of the show's most memorable classic moments, like the man who teared up sharing the story of how it was Trebek and "Jeopardy!" who taught him English, and the man who got Trebek to tear up shortly after his diagnosis with a sweet Final Jeopardy message.

Remember this moment with Alex Trebek and @dhruvg_?

Thinking today about his family and his Jeopardy! family—which, in a way, included millions of us.

Alex was so much more than a host. He was an impartial arbiter of truth and facts in a world that needs exactly that. He was someone you could count on to entertain you every weekday, even when his health barely allowed it. And he was an underrated rapper: pic.twitter.com/ybvp7RlvjH

Just gutted. There will never be another. RIP, Alex, and thank you so much for everything. https://t.co/4FMlgaFYvI

Alex Trebek was kind enough to film a cameo for our film Free Guy last year despite his battle. He was gracious and funny. In addition to being curious, stalwart, generous, reassuring and of course, Canadian. We love you, Alex. And always will.

The answer is..... THANK YOU! Alex Trebek. You were grace and guts and humor and deep love.

Alex Trebek, longtime “Jeopardy!” host, dies at 80 after battle with cancer. What a life, legacy & impact he has made on our culture! 🙏🏾 https://t.co/sIzXrMv0iy #AlekTrebek #Jeopardy

The only reason I went super early to the 2019 @DaytimeEmmys was in hopes of meeting Mr. Alex Trebek -- it was a thrill to meet him and thank him for all the years of entertainment.. He was a gem and a gentleman.. condolences to his family and fans. #alextrebek pic.twitter.com/t8KyyTlDCR

I was obsessed with Jeopardy as a nerdy kid growing up in Ohio. I’ve loved and revered Alex Trebek since I can remember. What an iconic career. RIP Alex Trebek.

Alex Trebek, you brought us so much knowledge, both important and fun, through the years. Your final battle with cancer was heroic, and we are heartbroken that it has taken you from us. I’ll take “Great TV Personas of Our Time” for $800. The heavens have all the answers now.

Awww man, this is really sad news. So brave in his fight. A true legend. What is, RIP Alex. https://t.co/FxLyvl3EX5

Alex Trebek was like a family member who I watched every night. I remember going to the set to watch him tape a show before I started my TV career. He was a big influence and one of a kind. Rest In Peace, Alex. https://t.co/B9wq95uRg4

Couldn't we have one nice weekend? A kind gentleman whose excellence was so consistent, it was easy to take for granted. Rest well, Mr. Trebek. https://t.co/Zq7RN6kSKk

And this is why it is time to turn back to LOVE.
Our lives are brief.
Love endures and is really all that matters.
RIP who is Alex Trebek. https://t.co/94Dnrvc9BB

Deeply sad news. So many of us grew up with Alex Trebek on our TVs. He was like part of the family. RIP and deepest condolences to his family. https://t.co/jDPCkzAm3F

We didn’t need a reminder of how crapstastic 2020 has been, but I thought we’d get more than a day’s reprieve from news like this. #Sheesh #RIPAlexTrebek https://t.co/wxOdmoMwzz

An inspiring, strong, distinguished legend of a man.
What is Alex Trebek? #RIP pic.twitter.com/bzumNChYWq

Oh no. Oh this is too sad. Thank you for entertaining us all these years, Alex. Rest In Peace. https://t.co/42gPH2n5Aj

RIP #AlexTrebek 💗 what an icon

So sad. Thinking of the Trebek family and all his loved ones.🙏🏾 https://t.co/CGwQydOS1Z

I was blown away at his raw honesty about his cancer.
What a hero. https://t.co/Qx2wQYMZOH

So saddened to hear Alex Trebek has died. It was an honor to share the dinner hour with him. He fought his cancer battle valiantly.

What a loss for all of us. RIP, Alex. Thank you. https://t.co/6wpuoxgeTm

there are actually no words for this heartbreak but what! a! life! and what an absolute fight he gave. rest in peace to an absolute legend. https://t.co/lDoEqBWYEn

Alex Trebek hosted Jeopardy for 36 years. What an incredible career and remarkable life. I’m sending love to his family and fans.