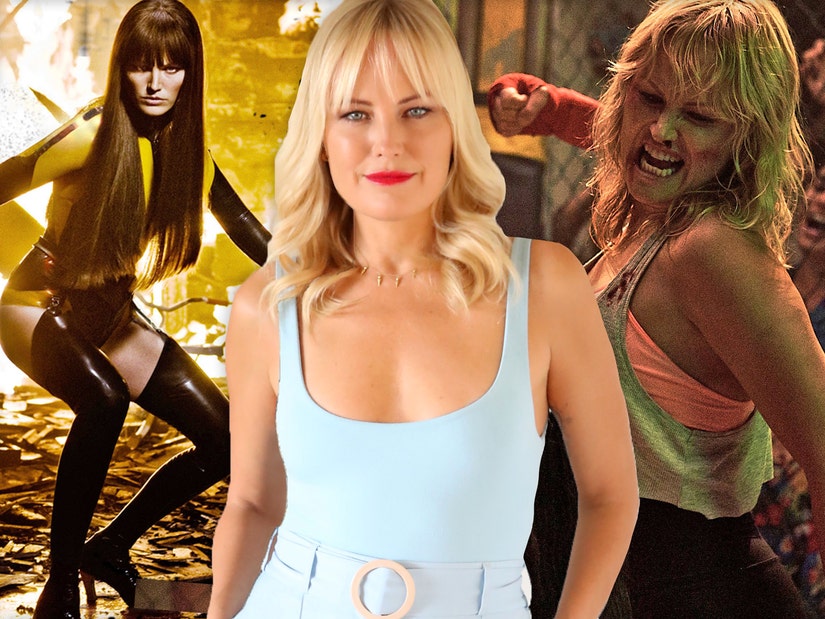 The actress opens up about the "bruises and cuts and scrapes" sustained filming her new movie and how she really feels about that Silk Spectre costume.

It's been 11 years since Malin Akerman tried to save the world in "Watchmen" and while the stakes aren't quite as high in her new movie, "Chick Fight," she's still kicking serious ass.

In the film, which Akerman also produced, the actress plays a down-on-her-luck coffee shop owner who enters the underground world of all-female fight clubs to get her out of her funk. Like Zack Snyder's graphic novel adaptation, the actress found herself in the middle of some very impressive fight choreography -- with scenes that once again made her feel more "powerful" once she wrapped. 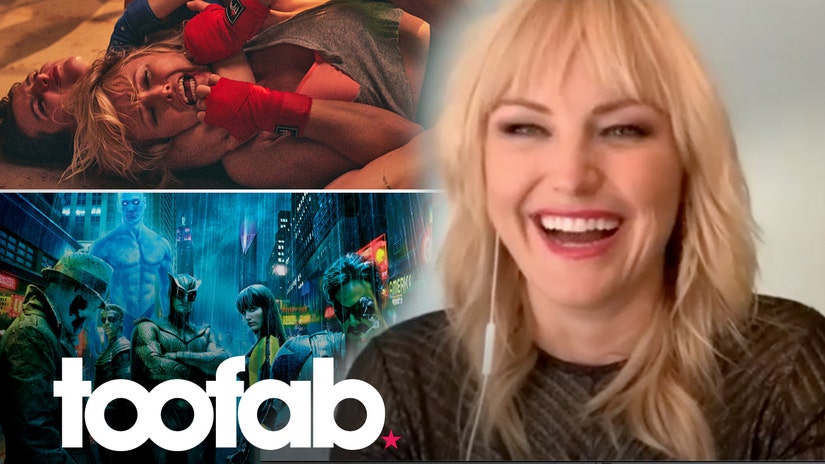 "It's such an interesting feeling because -- and I felt the same way doing 'Watchmen' -- as women, we walk down the street at night and you feel vulnerable," she explained. "I know it's silly to say and this is a movie and I couldn't throw a punch properly if I was in a real situation -- I'm not fight trained properly, I'm movie trained -- but there's something about feeling yourself and feeling powerful in your own body."

"Again, and especially for women, to be able to defend yourself and to feel that way, there's a confidence that comes with it," she continued, adding that she does also box as part of her regular exercise routine as well. "I feel the confidence walking out over there, it sort of exudes from my body. It's a great feeling, it's cathartic in many ways."

She felt the same way while shooting "Watchmen," where the actress played the latex-clad superhero Silk Spectre. That costume and its built-in garters, thigh-highs and heels, however, weren't exactly her favorite aspect of the role.

"The actual costume, mine was latex and was not comfortable. And in heels ... it didn't feel as powerful as it did, it was sexy and you put heels on as a woman and you walk differently," she recalled. "I think that the cool thing for me playing Silk Spectre was her being this powerful vigilante woman, aside from the costume. I actually think the costume kind of took away a little bit from it. I wanted to have combat boots and get rough and tumble."

She did admit, however, the costume, "aesthetically ... looks amazing." What she really loved more than anything though was "being able to dismantle a Beretta in 2 seconds and all the cool techniques we learned."

All her preparation for that role also gave her a renewed sense of confidence, false as it may have been.

"Again, I remember being out one night, we all went out and it was Vancouver and there are some dodgy areas of Vancouver. I remember walking down the street, probably at 3:00 in the morning and just thinking, 'Bring it, anyone can come right now, I don't care, I'll walk all the way home and no one's gonna get me,'" she shared.

"The next day I'm going, 'God, what was I thinking? This is crazy. What am I gonna do, ask them to politely throw a left hook so I can catch it?'" Akerman said with a laugh. 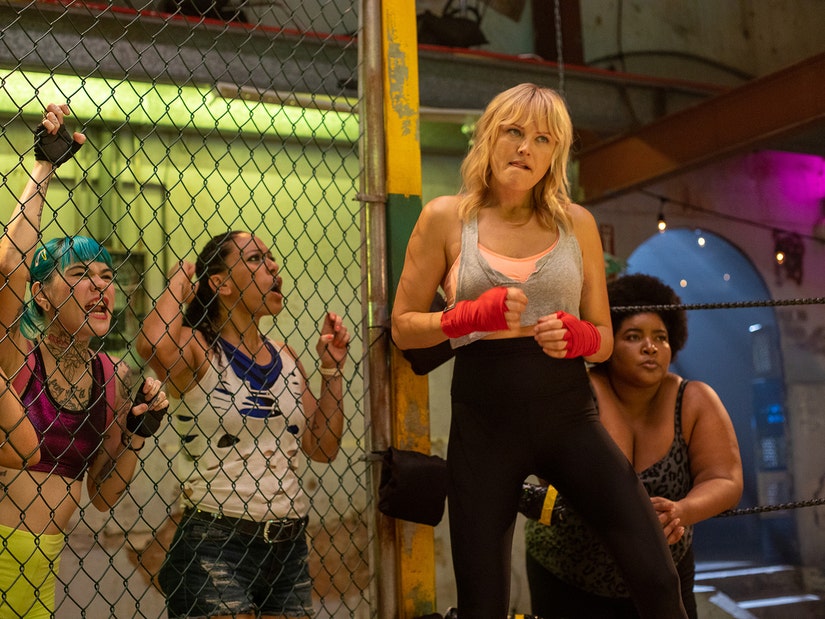 While she had three months of preparation and six months of shooting for "Watchmen," that was not the case with "Chick Fight." The whole movie was filmed in just 17 days. The indie process has made Akerman really appreciate what filmmakers are able to accomplish with a limited budget and shooting schedule -- and is proud of the fight scenes they pulled off in that time.

"This movie was shot in 17 days, it was a real quick turnaround, so we had 2 days of prep work for the fight scenes. Shauna Galligan, who's an incredible stunt choreographer, she's basically a stuntwoman on the Avengers films, she came in and just rocked it," explained Akerman.

The actress said she and costar Bella Thorne, who Malin's character fights in the finale, filmed their battle royale in bits and pieces, "so we could really nail the moves." She added that many of the women on set "went home with bruises and cuts and scrapes and sore knees" at the end of the day.

The one who got it worse, she said, was her own stunt double, Holly Dowell.

"My stunt double Holly was in the ring with someone else and got knocked, punched right in the forehead. It was an accident, but she got a goose egg and a concussion," said Akerman. "She had to sit out for a day, it got real bad, but she was a trooper man. Thank god it was a stunt person and not an actress, because we couldn't have taken that hit as well as she did!" 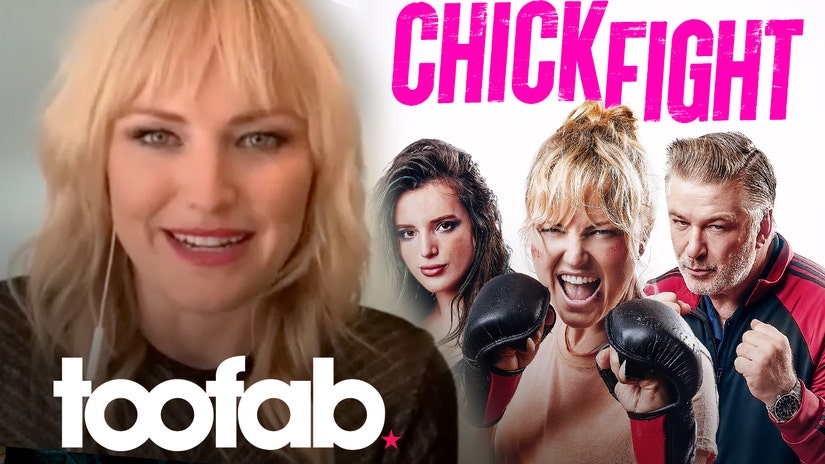 After producing both "Chick Fight" and "Friendsgiving," Akerman served as an executive producer on the upcoming movie "Slayers," which she just wrapped filming. She's enjoyed being behind the camera so far, a process Akerman has called a "growth experience" for herself.

When asked whether she'd like to direct someday as well, she didn't rule it out.

"I think that is a little bit further on in the future, only because it's such a time consuming process and having a young child at home, I don't want to miss so much of his life," Akerman explained. "I see what a stressful commitment it is as well. You're basically the glue that keeps 200 people together, everyone comes to you for every single question."

Adding that it's a very "enticing" idea, she added she thinks "there will be a time for it" further down the line.

"Chick Fight" is in theaters and VOD now.