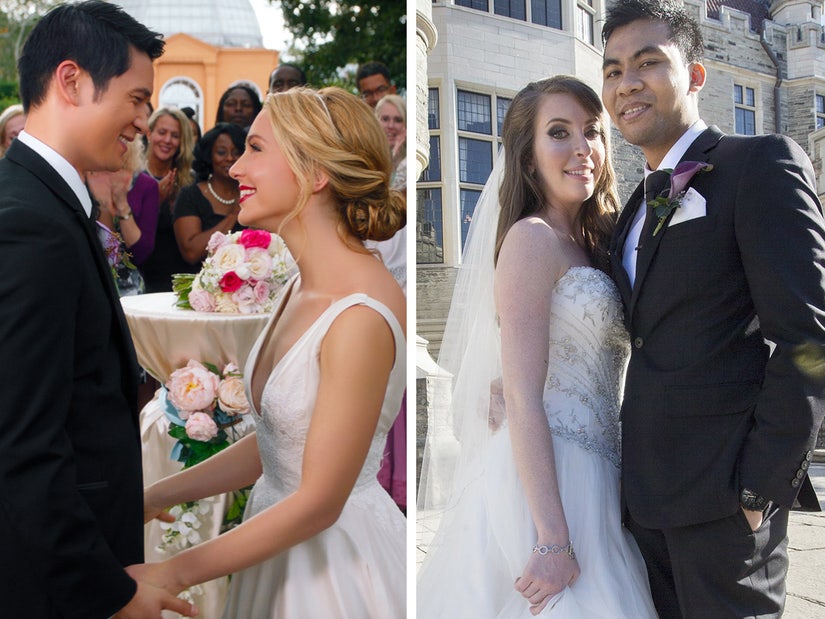 "They didn't want their remaining time together to be all about fear and dread."

The new drama "All My Life" is based on the true story of Solomon Chau and Jenn Carter, a couple whose wedding plans became the least of their worries after Chau was diagnosed with terminal cancer in 2015.

The couple's love story in the face of tragedy had a real impact on the actors playing them, "Glee" alum Harry Shum Jr. and "Happy Death Day" star Jessica Rothe. Before filming, both stars spoke at length with Carter, who was very involved with production. 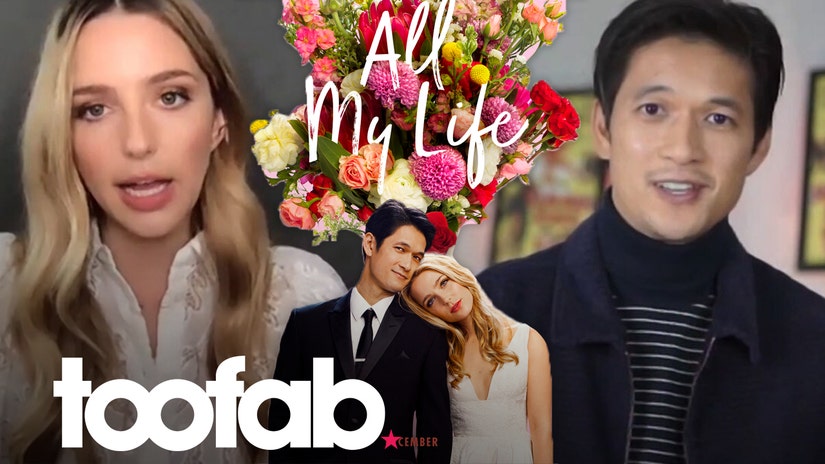 "I don't know if I personally had very specific questions for her," Rothe told TooFab, "It was more just kind of talking about her and Sol's relationship and what that time was like for them. And I can say that I think the most important thing she shared with me was that they really made a conscious decision to tackle the time after his diagnosis with humor and positivity, and love."

After Chau's diagnosis, the couple's friends rallied behind them, launching an online fundraiser to help them plan their dream wedding in just two weeks. And while the movie doesn't gloss over Sol's illness, it highlights the couple's resilience during such a difficult time in their lives. Chau died just four months after the wedding at the age of 26.

"They didn't want their remaining time together to be all about fear, and dread and all of the natural emotions and feelings that would come in this kind of situation," Rothe continued. "They really wanted to fight for each other and wanted to fight to be present and to cherish the time they had."

"And that was something that I not only felt was so important to infuse into the film and into our rendition of this story, but it's also something that I’ve carried over into my own personal life," she added. "I think that I can get very emotional about things, and kind of lose myself in the what ifs and worrying if I made the wrong choice and it's about taking a breath and being present and being grateful for those things around you."

While Shum Jr. never got the chance to meet the man he portrays in the film, he connected with Jenn as well to get a true sense of their relationship and what Sol was like as a person.

"The biggest thing I wanted to see and to learn more about was how they were with each other, how they reacted to each other, especially during that time ... you get to know how someone really is in the face of tragedy," he told TooFab. "That showed who they really were and to capture that was really important, to find out as much [as possible], whether it be through videos or through stories that Jen shared."

While the movie does take some artistic licenses with the couple's story, the goal for the cast and filmmakers was to "expound it in a way that feels honest," said Shum Jr.

"It had a lot of layers in it, and it meant something, so that when someone watches it they might either feel relatability or might see something that they've never seen before with someone going through this situation," he continued. "And that says a lot about Jenn and Sol and how they went and charged forward, especially after hearing this news, and said, you know what, we're not going to let this define us or trek us down, and we're gonna really not just be inspired by the people around us but inspire people as well."

When the first trailer for the movie was released, it came with a letter from Jenn herself, who said their love story had its "highs and lows."

"We were two very ordinary individuals who found ourselves in a very extraordinary situation. We had the choice to either give in to the fear that Sol's cancer prognosis had laid upon us, or, to move forward with every ounce of love and support we'd be given, making the most of our time we had left together," she wrote. "Our family and friends, our community, and even complete strangers stepped in to help make the last few months of Sol's life memorable."

"Everyone who had the privilege to witness Sol during his darkest hours will remember him as the one in the room with the biggest smile; the one who wanted to make sure that everyone around him was okay; and the one who took the challenges that life had given him and found a way to make the most of it," she added. "He will always be someone who gave the world his all, and in his time of need, the world gave it right back."

"All My Life" is in theaters December 4.