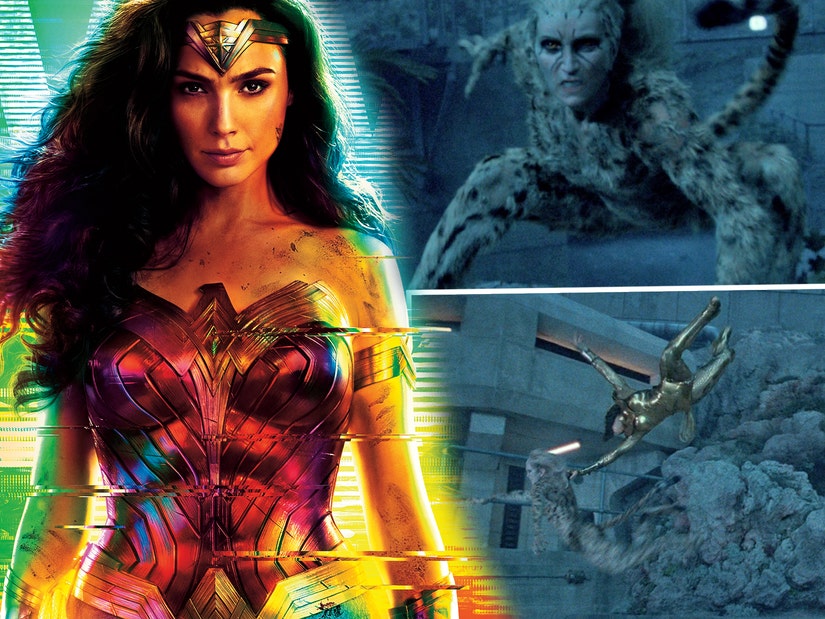 Practical effects, giant sets and even Cirque du Soleil acrobatics add up to one helluva fight.

Wonder Woman single-handedly took on the German army, defeated Ares and helped the Justice League stop the apocalypse, but her battle with Cheetah in "Wonder Woman 1984" literally takes her to new heights.

When the movie drops on HBO Max and in theaters Christmas day, it will introduce new adversaries for Gal Gadot's Diana in the forms of Kristen Wiig's Barbara Minerva and Pedro Pascal's Max Lord. As teased in the trailer, Diana has at least two big showdowns against Barbara -- one inside the White House, and another later in the film, where Minerva has fully transformed into her comic book villain alter-ego Cheetah.

The latter, according to the parties involved, was one of the most challenging things they've ever worked on -- thanks, in part, to director Patty Jenkins' desire to keep the effects as practical as they could be.

"There were quite a few scenes that were unbelievably complex, but this was one of them. Because we had to build that entire space ... there was no stage big enough in the world, we had to build all those things and then we had Cirque du Soleil performers practicing [the fight choreography] and showing us what things are going to look like and then these guys had to end up doing it," Jenkins revealed during a press day for the film. "It was incredible. Narratively, it was fascinating, how it would work spatially was fascinating and then executing it was long and laborious and wild. But also exciting."

Wiig said everything on set -- right down to the rocks her character would bounce off of -- was "completely intentional," before calling the fight between the two characters "so beautifully choreographed."

"It was a lot," Gadot added, matter-of-factly. "I feel like this movie, everything about this movie, just was a lot. But, at the end of the day, that's why now watching the movie, you can tell that it shows."

"Patty really made a point about wanting to have minimum amount of CGI in our movie. So most of the stuff you see is real people doing the real thing," continued Gadot. "Whether it's us, the stunt people, it's real people. So it took much longer, you have to prep and rehearse much longer. The wirework we did at the mall and for the fight with Cheetah, I don't think it was never done before because people don't do these type of wire rigs anymore, they just do CGI. You can tell it's the real deal, you can tell by the face expressions that it's real. It's the hardest movie I ever got to shoot, by far."

But all that hard work was necessary, said Gadot, so they could one-up the massively successful and beloved first film.

"It was worth it because the first movie was received in such an amazing way, that there was just no way we're going to take any shortcuts," she said. "We're just going to raise the bar and give everything we have because we knew people were so invested in the character and cared so much about her."

Producer Chuck Roven said they originally intended to shoot the big confrontation outside in the summer, but by the time they got to filming the epic set piece, it was the middle of winter. So, they constructed a giant stage for the fight alone.

"It was a single-purpose facility that was built for this amazing fight that we have and the ballet and wires and everything," he said, explaining how rigging up all the lights for the stage -- which Gadot, Wiig and their stunt doubles would be flying around -- "further compounded" the challenges on set.

Roven said the movie was one of the "most complex" film he's ever produced, but praised the "amazing team," Jenkins and the stars. "[The cast] were always so game," he added, "Everyone brought their A-game 100% of the time." 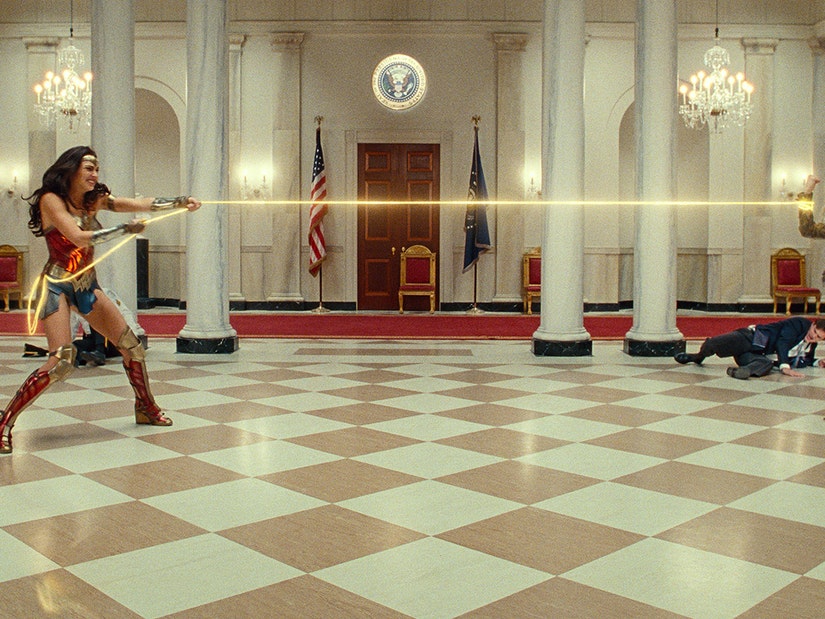 For Wiig, the movie was a chance for the actress to really step outside of her comfort zone -- and not only when it comes to the stunts.

"I don't really get asked to do those kind of things, to be honest, and I was really shocked and happy and of course felt extra pressure when I signed on and when I was talking to Patty about it," she added. "I'm a superhero geek, I see all the movies, I was obsessed with the first one ... so to know I was going to be in it and I got a chance to be a villain and that Patty believed I could do it, it was like an amazing life experience for me."

"Wonder Woman 1984" hits HBO Max on Christmas Day at no extra cost to subscribers. It also lands in theaters the same day.