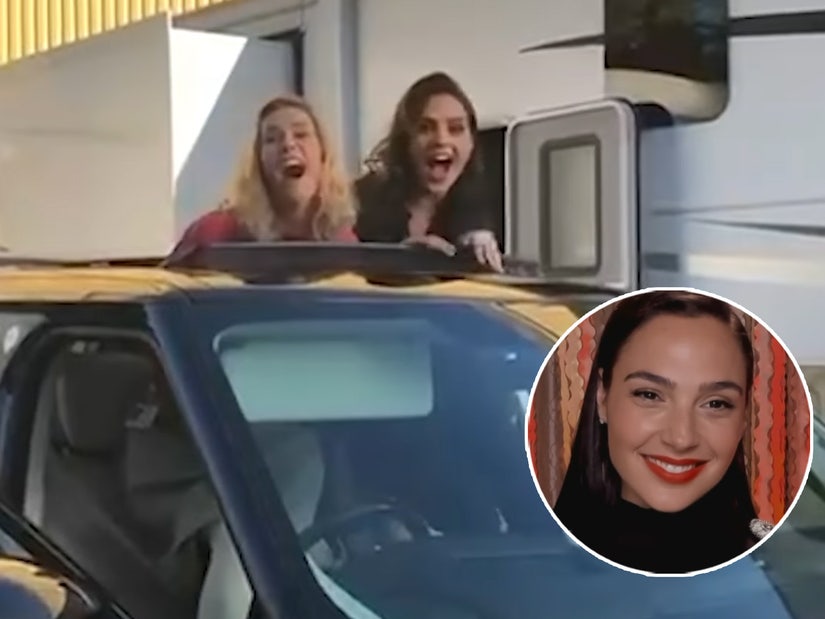 "She made this experience so, so delightful for me," says Gal.

Gal Gadot and Kristen Wiig put their downtime on "Wonder Woman 1984" to good use -- filming a music video set to their own original song.

While the titular superhero and Wiig's Cheetah may not always see eye to eye in the film, the two clearly got along in real life while filming the sequel, hitting theaters and HBO Max later this month.

"We've been waiting for such a long time to share this with the world ... so surreal ... I'm super excited," Gadot exclaimed during an interview on "The Tonight Show Starring Jimmy Fallon" on Monday night.

"We actually adore each other so much, we had a crazy instant connection," she said of working with Wiig. "Because the movie was so laborious and it was very long, we shot the movie for 8 months in 5 different locations and it was super physical as well, the fact she was there with me doing these crazy things, but also being her ... you're missing out on not knowing her."

"She's fun and funny and open and she made this experience so so delightful for me," she added.

With that, Gadot dropped the duo's music video, to prove just how close they got on set. With lyrics like, "We're Gal and Krissy and we're having FUN!", the video ends with a slate reading, "We like each other, ok?"

Long before Covid, filming WW84 for endless hours, Kristen & I finally lost it...yet found each other.
In case you missed its premiere on @FallonTonight - I hope you enjoy this embarrassing video and maybe,we will fulfill our life long dream of releasing an album together 😜 pic.twitter.com/wlkS1SN5pd

After the clip aired on TV, Gadot shared an extended version to Twitter and provided a little more context.

"Long before Covid, filming WW84 for endless hours, Kristen & I finally lost it ... yet found each other," she tweeted. "I hope you enjoy this embarrassing video and maybe, we will fulfill our life long dream of releasing an album together."

The two made headlines for another embarrassing video they released earlier this year. In an effort to cheer people up at the start of lockdown, the two recruited a bunch of other big name celebrities to sing John Lennon's "Imagine" in a clip that went viral for all the wrong reasons. 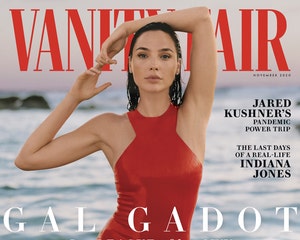 "Sometimes, you know, you try and do a good deed and it's just not the right good deed," Gadot told Vanity Fair in October. "I had nothing but good intentions and it came from the best place, and I just wanted to send light and love to the world."