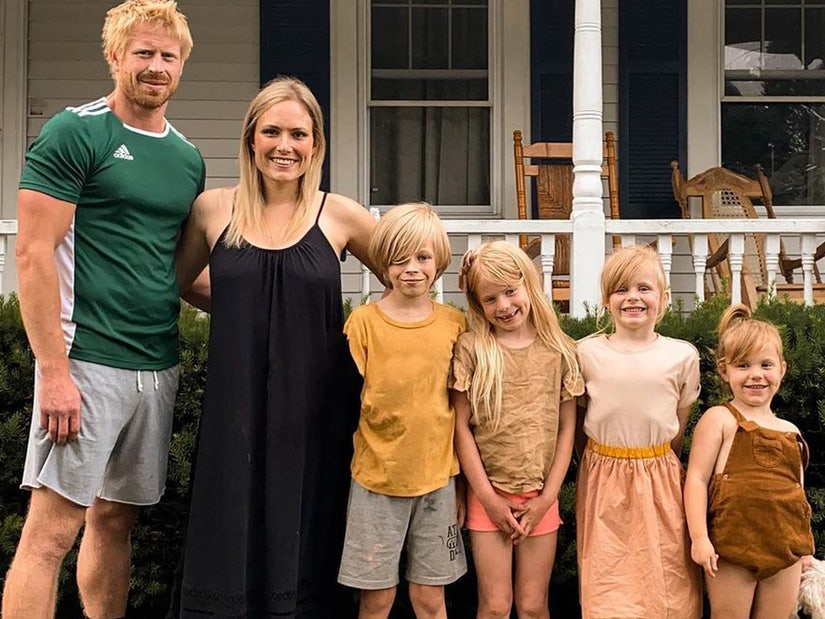 The mother-of-four was having her morning coffee and toast when she "became unresponsive."

In an update to the GoFundMe page set up for the family, Emily's husband Joe thanked everyone for their support "in the wake of the sudden passing" of his wife.

"A few days ago we learned from the state Medical Examiners Office that the official cause of death was a pulmonary embolism," he then revealed. "Although it is challenging to wrap our heads around how this could have happened, we know all first responders and medical personnel did everything they could to help, and therefore we are certain that it was simply her time; the Lord was calling her home."

He added that the family will "continue our commitment to homeschool in the same spirit and vision that Emily was so passionate about" and promised to return to Instagram soon.

The mother of four, who often wrote about raising and home schooling her children on The Hidden Way and blogged about her most recent pregnancy, "suddenly became unresponsive" on the morning on December 22 -- while she was "having her morning coffee and toast."

"Our dear Emily and her precious unborn baby left us unexpectedly in the morning of December 22, 2020," a spokesperson wrote on a GoFundMe page set up for the family. "Our hearts are broken and her joyful presence will be greatly missed by so many. Em made a big impact in so many people's lives, and this loss is incomprehensible for anyone who knew her. Our friend was a dedicated mom and wife, she had a heart for the Lord, and loved her children so dearly."

She leaves behind husband Joe and their four children; Finn, Isla, Edie and Lulu.

"We are heartbroken by her passing and as a community we wish to express our love for her family through this fundraiser," the post continued. "We appreciate everyone's concerns about her sudden passing, and want to thank you all for the love you've expressed in the form of messages, calls and letters. Your words didn't go unnoticed and her family is very grateful for your support during this devastating time."

According to the GoFundMe, "despite the prompt attention of her children, husband, father and other medical personnel, all valiant efforts to resuscitate were unsuccessful." No cause of death has been confirmed, but the family said they would "update everyone with answers when we get them."

In her obituary, Emily was remembered has having "an infectious smile and a kind, compassionate spirit."

"Her exuberant personality radiated outwardly in her interactions and relationships with all who knew her," it continued, saying Mitchell "was a symbol of strength during the most challenging of times for so many."

In November, Mitchell and her husband confirmed they were expecting their fifth child together -- with Emily saying she was 11 weeks along at the time.

Her last post was on December 9th, showing her cradling her bump while surrounded by her family. In the caption, she celebrated all forms of motherhood, while revealing she was going to have her fifth C-section.

"How I feel now? It doesn't matter how they get here. It only matters THAT THEY GET HERE. And are so 👏🏻 deeply 👏🏻 LOVED," she wrote.