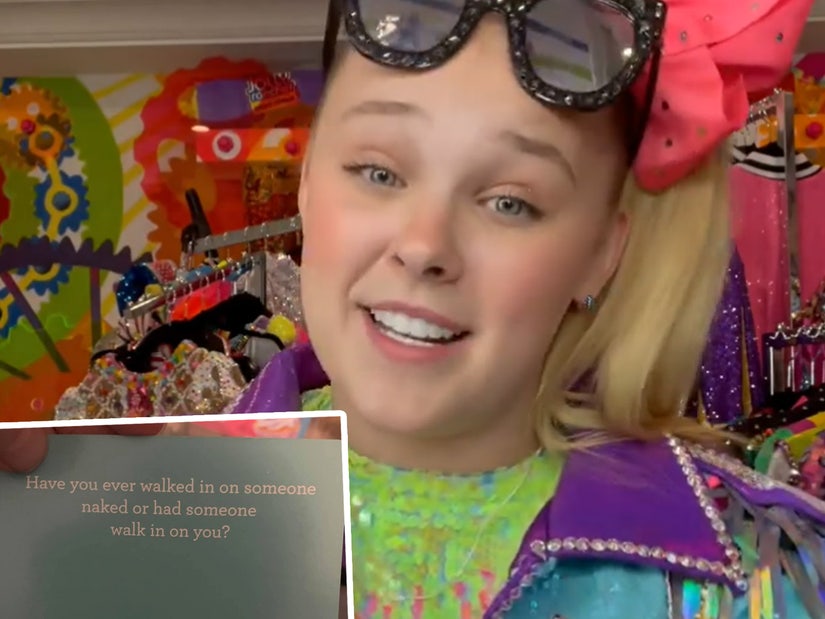 JoJo Siwa is on the side of fans who are angry at a board game using her likeness being targeted at children as young as six years old.

The 17-year-old singer addressed the controversy over the Nickelodeon-branded game JoJo's Juice, in which players have to answer a series of Never Have I Ever or Truth or Dare-type questions to progress. The backlash blew up over the weekend after Facebook user Heather Watson shared photos of some of the questions on her page, saying she believes the game "belongs in the trash."

The box says the game is appropriate for ages six and up.

On Monday night, Siwa addressed the criticism head on -- and agreed with it.

"So over the weekend, it has been brought to my attention by my fans and followers on TikTok that my name and my image have been used to promote this board game that has some really inappropriate content," she said in a video shared to TikTok and Instagram.

"Now when companies make these games, they don't run every aspect by me, so I had no idea of the types of questions that were on these playing cards," she continued. "When I first saw this, I was really, really, really upset at how gross these questions were, and so I brought it to Nickelodeon's attention immediately. And since then, they have been working to get this game stopped being made and also pulled from all shelves wherever it's being sold."

"I hope you all know that I would've never ever ever approved or agreed to be associated with this game if I would've seen these cards before they started selling it," she said, before thanking her fans for alerting her to the issue.

"Thank you for bringing this to my attention, so that way I could put a stop to it and I could get it fixed immediately," she concluded. "I love you all so much, and I hope you have an awesome 2021."