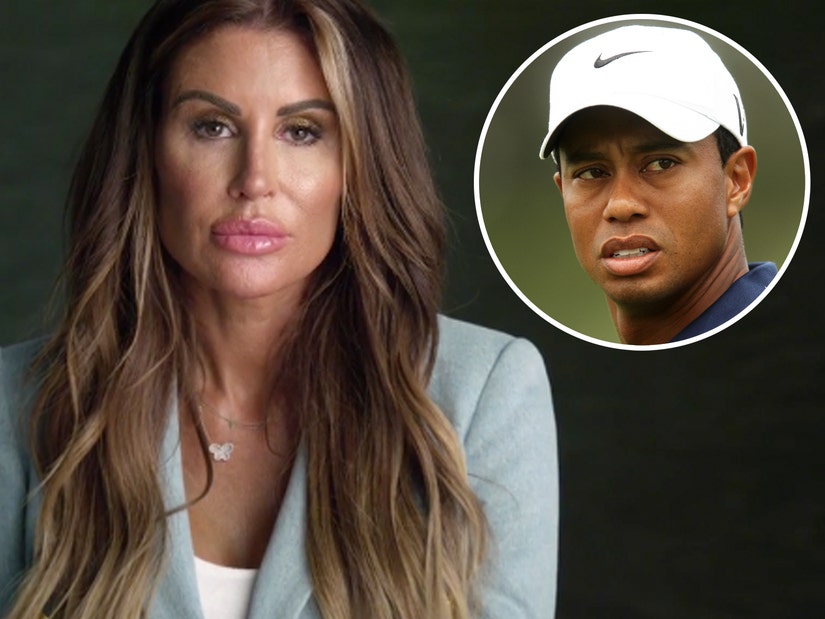 Uchitel says they "thought we could get away with" the affair, before it blew up in their faces.

The woman at the center of the Tiger Woods cheating scandal reclaimed the spotlight on Sunday night, during Part 2 of HBO's "Tiger" documentary.

Rachel Uchitel, who became a tabloid fixture in 2009 after Woods' affair with her became public knowledge, shared her side of the story in her first ever sit-down interview about the scandal.

"For the last 10 years, I have stayed quiet about this story, but at this point I have nothing left to lose," she began. "My name hasn't lost the stigma at all, it's always been, 'Rachel Uchitel, Tiger Woods' mistress.'" 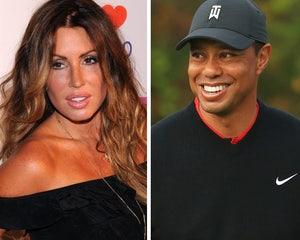 The two met at a night club in New York City, where she was working a manager. "One night I was working at the club and I saw Tiger sipping his drink, talking to nobody," she explained, saying she was surprised to see him at the establishment, before going to check on him.

"As I went to leave, he took my phone number and the car probably hadn't even gotten to the light at the corner, he started texting me," she recalled. "He said something like, 'When can I see you again?' It was intimidating, this was Tiger Woods. I knew he was married, I knew he had responsibilities. He said, 'I want you to fly to Orlando and I'll come see you there.'"

"That was the first night I had sex with him and I remember thinking with him, 'How am I ever gonna be with a mere mortal ever again?', because so many people put him on a pedestal and here he was in my bed and he was my Tiger," she said.

As they continued to see each other, Uchitel said Tiger told her he felt like he "could plug in and get recharged" whenever they were together. "We really enjoyed being with each other," she said, adding that he opened up to her a lot about his childhood and the pressures that come with being Tiger Woods.

Uchitel claimed she once asked him why he never checked in with his then-wife, Elin Nordegren. "He said, 'She doesn't ask questions like you, she's not like you,'" claimed Rachel. "It occurred to me he wanted to have someone to check in with. I asked him a million questions and he wanted to give every single detail he hadn't been able to say in years or ever."

The beginning of the end came when Tiger flew her out to Australia for the Masters, with his team booking her a room at his hotel. Uchitel said she went straight to his room when she arrived, not knowing a National Enquirer reporter was in the elevator with her and watched her go to his suite. The publication was already staking out Woods after a previous affair story had been squashed -- but now, they felt they had something more substantial.

"We were really brazen with what we thought we could get away with," said Uchitel. "We did everything to try and stop that story. We made every threat, we made every denial and at the end of the day, the story was gonna run."

To try and get ahead of the mess to come, Tiger allegedly had a sit-down with Elin and told her the story the National Enquirer would be running was "garbage." To help prove his point, Rachel claimed he even had her talk to Elin over the phone, to try and convince her nothing was happening.

"We had an extensive, 30 minute conversation, Elin and I, convincing her that I was not having a sexual relationship with Tiger," claimed Uchitel. "We talked about how I knew Tiger, how I knew his friends, how and why I was in Australia. The story came out and nobody looked at it. Between the stupid story and phone call with Elin, I remember thinking, 'Oh my god, we're gonna fly right over this.'"

"Two days later, it was Thanksgiving, Tiger and I texted throughout the day saying we had a lot to be grateful for, we had gotten away unscathed in what could have been a complete nightmare and then I get this text message from Tiger saying you are the only one I ever loved," she added. "I remember feeling like things had never been better between us. Then he told me he was taking an Ambien and going to sleep."

Uchitel said she got a text message later that night asking when they'd see each other again, before the phone rang. "I answered saying something like, 'Hey babe, I thought you went to sleep,'" said Rachel. "And instead of Tiger's voice, it was Elin and she said, 'I knew it was you.'" 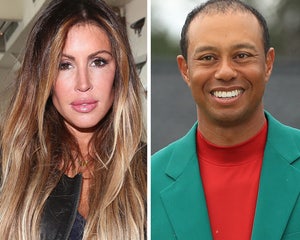 Rachel Uchitel Emotional In Interview About Tiger Woods: 'I Was Not a Mistress'

Everything blew up after that. Early the next morning, Woods was injured in a car crash just outside of his home. Norgedren claimed she used a golf club to break the windows and get her husband out of the car, though other reports said she chased him out of the house with the clubs after learning of his infidelity -- reports he later denied. From there, more women started to come out of the woodwork claiming they too had slept with Woods and eventually, he admitted to "transgressions."

"This story was so huge, that was the end of my life as I knew it," Uchitel said of the fallout. "There now were probably 45-50 paparazzi outside my apartment telling me I was a home-wrecker, I was a whore, saying, 'I hope you get AIDS and die.'"

"I regret that he was married and I regret the mistakes that I made, but people came at me like they wanted to blame me for the fact that a married man cheated on his wife," she continued. "It was like I was the only one that was responsible for Tiger's action. My name was getting dragged through the mud."

Uchitel said there was radio silence from Tiger and his team during that time, which made her "start questioning every single thing Tiger and I had." Just as she was prepared to tell her story to the press, she said she then got a call from him.

"It was the first time I spoke to him since the accident. He told me that his lawyers were going to call about a settlement of confidentiality. He said to me, get as much as you can," she claimed. "And I think, to him, that was his only way to love me at the time."

Woods went to rehab for sex addiction, but he and Nordegren divorced in 2010.

Following the Tiger scandal, Uchitel was also linked to married actor David Boreanaz, before she married Matt Hahn in 2011. The two welcomed a daughter the following year, before the couple split in 2013.

She's currently dating lawyer Ed Batts -- and while his wife claims Uchitel broke up their marriage, Rachel said she's no mistress and the Batts have been separated "for quite awhile."