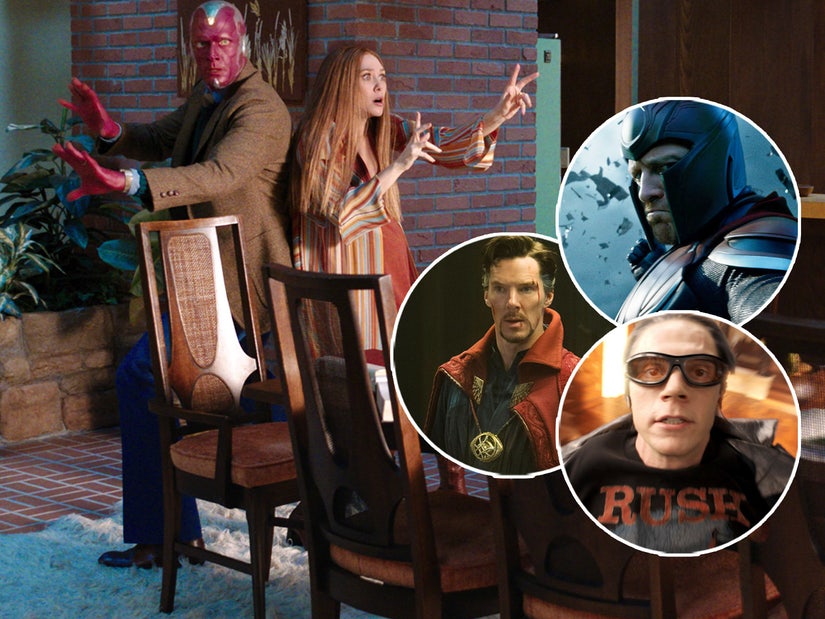 Both Elizabeth Olsen and Paul Bettany have teased a big surprise to come.

"The Mandalorian" blew everyone away with the Season 2 finale, in which a young version of Mark Hamill's Luke Skywalker appeared to save the day -- and, if the stars of "WandaVision" are to be believed, expect a major reveal along those lines for their Disney+ series too.

A number of fan theories started flooding Twitter on Tuesday and Wednesday this week, after Elizabeth Olsen was asked by TV Line whether their show has anything similar in store. "Yes," she simply said, adding that she was "really excited" for viewers to see what was coming down the pipeline.

Showrunner Jac Schaeffer also said there are "so many surprises left in store," while Paul Bettany previously teased that "there's a huge reveal with an actor that I've always wanted to work with, and I have some real explosive scenes with him".

So ... who could they all be talking about? Let's break down the best guesses so far.

Wanda's brother, Pietro, has been MIA in the MCU since his death in "Age of Ultron" -- but he's already been mentioned so far this season. Monica Rambeau (Teyonah Parris) brought up his death when talking to Wanda, a move which caught the Scarlet Witch off-guard and prompted her to boot Monica out of Westview.

Could Aaron Taylor Johnson make his return as Wanda's twin, Quicksilver? It's certainly not out of the question.

Another popular theory suggests that Evan Peters' X-Men version of the Quicksilver character could appear in upcoming episodes.

Making his debut in "X-Men: Days of Future Past," Peters played Peter Maximoff, a speedster mutant who eventually found out his father was Magneto. There was no mention of Wanda or him having a twin in any of the X-Men films. It would be a major Marvel fan moment if the MCU finally crossed over somehow with the X-Men, even if it's just a quick cameo.

This theory also brings us to ...

If we get Peter, why not get his daddy as well? It would be a huge coup to have someone like Ian McKellan pop up on "WandaVision" as Magneto himself. Also possible: Michael Fassbender, who played him in the prequel films.

It should be noted that Bettany said one surprise would be someone he's "always wanted to work with" -- and he worked with McKellan on "The DaVinci Code." He's yet to cross paths with Fassbender, however.

Introducing either Peter or Magneto to the show would certainly set up the multiverse, which will be explored in more detail in "Doctor Strange in the Multiverse of Madness" and, seemingly, the upcoming third "Spider-Man" film with Tom Holland. It's not totally out of the question to get a little multiverse action here first.

We already know the events of "WandaVision" will lead directly to "Doctor Strange In the Multiverse of Madness," in which Elizabeth Olsen will appear as Wanda.

So, why not have Benedict Cumberbatch's Sorcerer Supreme show up at the very end of the series, setting up the next film? He would be the perfect post-credits cameo, if you ask us!

While the most recent episode of "WandaVision" seemed to confirm Wanda is the one controlling everything in Westview, many fans still believe there's someone even more sinister pulling the strings in the background.

A popular theory since Episode 1 suggests that Mephisto -- a Marvel comic character very reminiscent of the devil -- is really behind everything going on here and could possibly be the new Big Bad villain for Phase 4 of the MCU.

Since he'd be a new character, he'd also be played by a new actor -- and landing a big name here would be key.