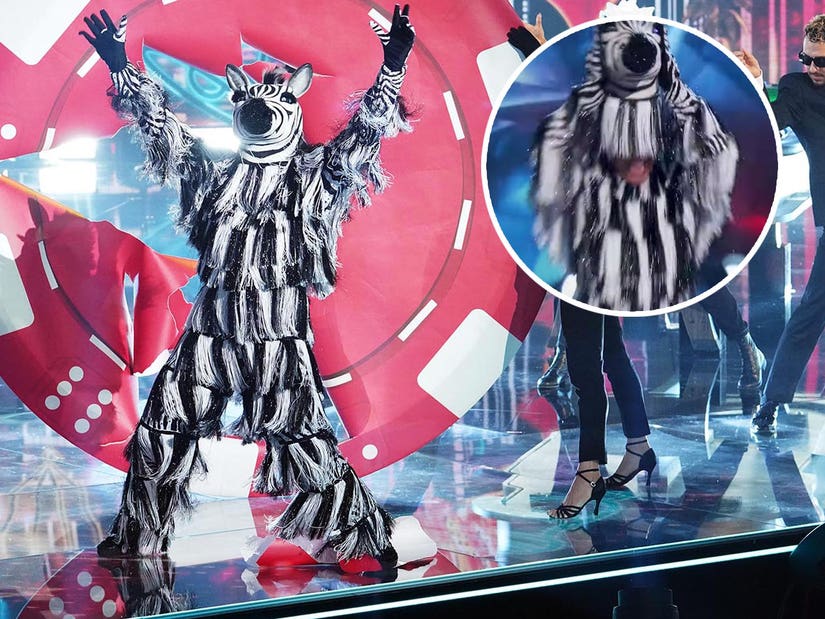 This boxer was knocked out of the competition.

Another week, another big reveal on "The Masked Dancer" -- where a famed athlete was unmasked following his elimination.

On Wednesday night's episode, Zebra was the one to get the boot, following a group performance with Sloth, Cotton Candy and Tulip and a solo routine to Bobby Darin's "Mack the Knife."

According to the clue package which aired before his performance, Zebra said he was surprised to still be in the competition alongside his "talented" costars.

He went on to say he was known for having a "huge heart," while footage showed him putting up his dukes like a boxer. He revealed he lost someone "very special" to him years ago, someone who loved dancing and Bobby Darin.

He then hit the stage for a Vegas-themed performance, a performance which didn't quite live up to his competitors'.

When it came time to unmask the Zebra, Brian Austin Green and Will Arnett, who followed Green's lead, correctly guessed his identity: Oscar De La Hoya.

"It was probably the best experience I ever had," said De La Hoya after pulling off the animal head.

He explained that the loved one he lost was his mother, who died of breast cancer in 1990. "She passed away from breast cancer right before the Olympic games, so that gold medal's for her," he added.