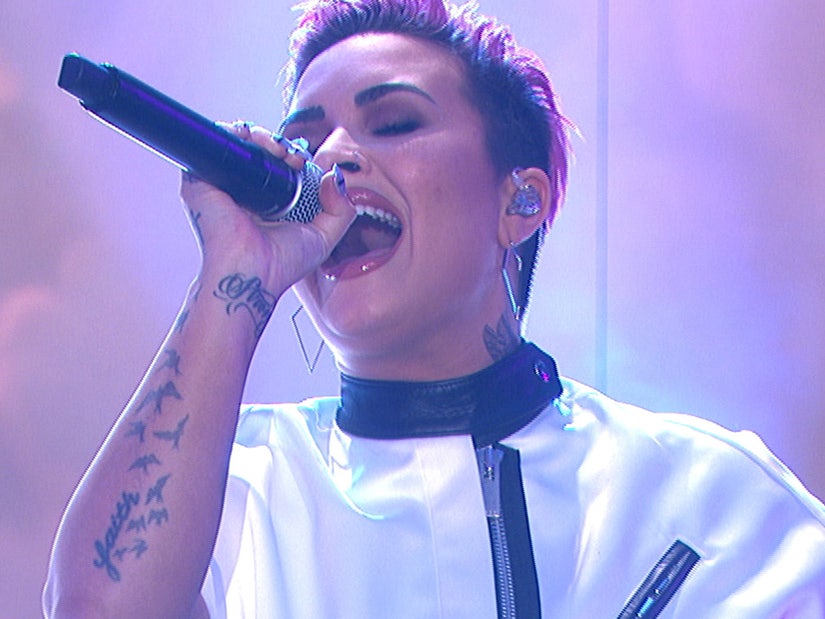 "We're not gonna get role models by watching people not make mistakes."

Demi Lovato is opening up about her "deepest, darkest" struggles in her new documentary in hopes that she can help others.

While appearing on Monday's episode of "The Ellen DeGeneres Show," the singer spoke about her upcoming docuseries, "Demi Lovato: Dancing with the Devil," noting that the four-part YouTube series will "set the record straight" on her 2018 drug overdose.

"I talk about a lot [in the docuseries]," began Demi, 28. "The world has been so loving and accepting of me telling my story and just, there's been so much love and support. What's great is we live in a time when nobody's perfect and we're not gonna get role models by watching people not make mistakes. We are going to meet and learn from our role models who have overcome their deepest, darkest struggles."

"I wanted to show everyone -- first I wanted to set the record straight," Demi continued, adding that "a lot of stories were going around that time that didn't really know what exactly had happened."

"I just wanted to tell the world, 'Hey, this is what happened, this is how I got through it, and hopefully this can help you too,'" she explained. "Because this journey has been such a wild ride but I've learned so much and I can't wait to share it with the world."

Also, during her appearance on the daytime talk show, Demi performed her new song, "What Other People Say," a duet with Sam Fischer. Watch the powerful performance, above.

Last week, YouTube dropped the trailer for Demi's upcoming documentary. The four-part docuseries details Demi's near-fatal drug overdose and the aftermath as well as the "Confident" singer's struggle with sobriety. In the teaser, Demi revealed she suffered three strokes and a heart attack following the 2018 incident, saying that doctors told her she only had five to 10 minutes to live.

While speaking to People earlier this month, Demi explained why she decided to make a documentary.

"Hosting 'The Ellen Show' last year was the catalyst for my need and desire to express myself and my story to the fullest extent," she said at a Television Critics Association panel. "I knew that one appearance on a television show wasn't going to cut it, I was not going to be able to share my whole story in one interview whether it was with a magazine or whatever it is. That's why I wanted to turn it into a documentary."

Looking back, Demi said she doesn't have any regrets about what happened because it was ultimately a learning experience.

"It was a painful journey, and I look back and sometimes I get sad when I think of the pain that I had to endure to overcome what I have, but I don't regret anything," she shared. "... I'm so proud of the person I am today. And I'm so proud that people get to see it in this documentary and I couldn't be more grateful that I had someone by my side."

"Demi Lovato: Dancing with the Devil" premieres on March 23 on YouTube.