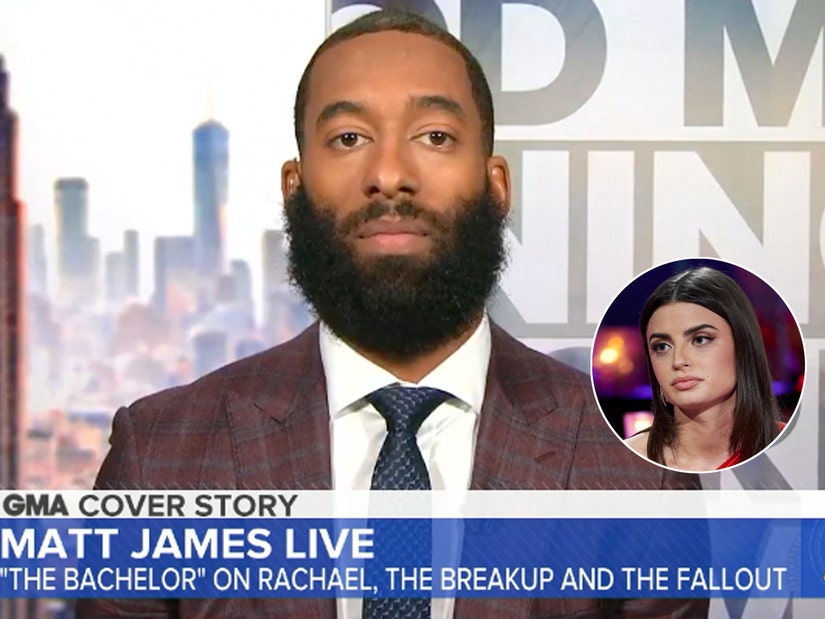 "I need time to process everything that's going on and I want to respect Rachael in what she's got to do as well," Matt said of whether he'd ever get back together with Kirkconnell.

Matt James is shedding light on his split from Rachael Kirkconnell.

While appearing on Tuesday's episode of "Good Morning America," Matt, who was the first Black Bachelor, opened up about his decision to break up with Rachael after racist images from her past  -- including her attendance at an antebellum plantation-themed formal party -- surfaced.

ICYMI, on Monday night's season finale, Matt ultimately chose Rachel but he didn't propose. However, during the "After the Final Rose" special, Matt revealed he and Rachael split in the wake of the controversy. 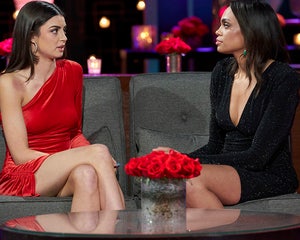 "It hit me like a ton of bricks," Matt told Michael Strahan about seeing Rachael for the first time since their breakup on Monday night's special. "I felt the weight of everything that I was carrying throughout the season and with what we were dealing with as a country and having to explain that, why I think it's problematic to me and our relationship, which was extremely difficult."

When asked if he and Rachael were heading towards an engagement after the finale wrapped, Matt said, "I think when you're dating somebody that's what you're hoping for. Anytime I'm in a relationship with somebody, it's because marriage is the ultimate goal."

He continued, "When you find out the things I did, it deters you from that ultimate goal because -- like I stated during 'After the Final Rose' -- there's just things that you might not understand what it means to be with someone like me."

Ultimately, Matt said that "the conversations that have come from everything that's taken place are more important than anything [he] could've left with."

"And if that means that I leave under the circumstances that I left with, so be it," he added.

“The conversations that have come from everything that’s taken place are more important than anything I could’ve left with.” @mattjames919 talks about the emotional ending of his @BachelorABC season. https://t.co/CyqusvKxxI pic.twitter.com/If5tPBaTLa

However, looking back, Matt said he should have had conversations and asked "more clarifying questions" with the white women on the show, rather than just the women of color.

On Monday's "After the Final Rose," Rachael said that she wasn't concerned about the insensitive photos from her past coming out during the show because, at the time, she didn't realize that they could be considered problematic.

When Michael asked if he was "surprised" by Rachael's admission, Matt said, "That's the frustrating part about the position that I'm in is having to explain not only to Rachael but to the rest of America why things like that are problematic because we don't have that chance to have that ignorance. Think about Breonna Taylor, think about Tamir Rice, they didn't have that opportunity to have ignorance."

In February, Rachael issued an apology on Instagram and shared another statement on Monday. Rachael also spoke about her "journey to understanding" on "After the Final Rose."

Speaking about her "journey" on "GMA," Matt said, "I know that Rachael's a good person and everything she outlined in her apology and her statement I'm looking forward to seeing her do because I know she's capable of it."

Matt also weighed in on the possibility of getting back together with Rachael in the future.

"You said that feelings don't go away overnight. I think that's something we can all relate to. Is the door open?" Michael asked. "Are you leaving the door open for a future possibly with Rachael?"

"I think there's a lot of work that needs to be done before I can think about being in a relationship with anybody," Matt said. "I need time to process everything that’s going on and I want to respect Rachael in what she's got to do as well."