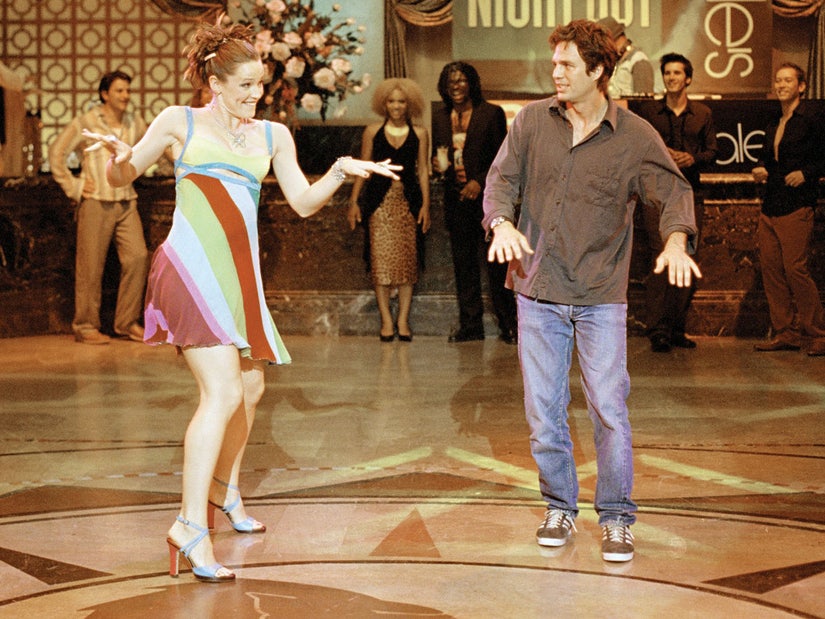 The revelation came out as she recalled her favorite moments on the set of the film.

It may be one the most iconic moments of the movie, but the "Thriller" dance scene in "13 Going on 30" was a real nightmare for star Mark Ruffalo.

In the film, Jennifer Garner's Jenna Rink takes matters into her own hands to liven up an otherwise dud of a party for Poise magazine by getting the DJ to play "Thriller" -- and encouraging everyone, including Ruffalo's Matt, to do Michael Jackson's dance moves.

Matt is reluctant to join in and even says he doesn't know the moves, something which was clearly a case of art imitating life.

"We started to learn the dance. Our first rehearsal, I think it was like Mark, Judy [Greer], and me, and Judy and I were both dancers growing up and poor Mark didn't know that," Garner said in an interview with theSkimm. "He came in and hated the rehearsal process so much, he almost dropped out of the movie."

In an interview from around the time the movie was released, Ruffalo said that the dancing was "horrible" and he "almost didn't want to do this movie" because of the scene.

"When [Jennifer] dragged me out, she was literally dragging me out," he continued. "And I had hours of rehearsal with a dance coach who taught me how to do all the moves and stuff and still, when we got into actually shooting it and there were three hundred extras around, I did not want to do that scene."

Of course, he did it and it wound up being one of the highlights -- cringeworthy as it may be -- of the film.

The two recently reunited on the set of their upcoming film together, "The Adam Project," with Garner referencing "13 Going on 30" by captioning a photo of them, "Wishing dust worked! And I got a perfect day with my old pal."

Mark shared the same photo and added, "Reconnecting with an old pal. Anyone know where we can get Razzles in Canada?"