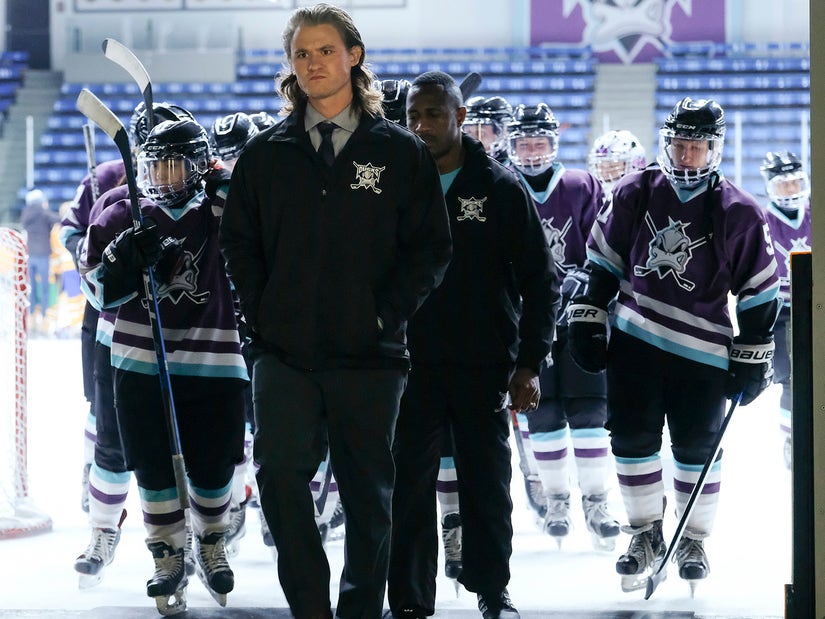 "As a kid I wanted to be a Mighty Duck, and now it's happening."

The love of hockey runs through Dylan Playfair's veins. It's a passion he's also been able to weave into his acting career, a trend he's continuing with the new Disney+ series "The Mighty Ducks: Game Changers."

His dad, Jim Playfair, played for both the Edmonton Oilers and Chicago Blackhawks before becoming a coach -- while his uncle, Larry Playfair, had an even longer career playing for the Buffalo Sabres and Los Angeles Kings.

Dylan, meanwhile, is more known for hitting the ice on screen. In addition to his role on the beloved Canadian series "Letterkenny," he's put his skating skills to work in projects including "Mr. Hockey: The Gordie Howe Story," "Odd Man Rush" and now, the sequel series to the Emilio Estevez-starring franchise. 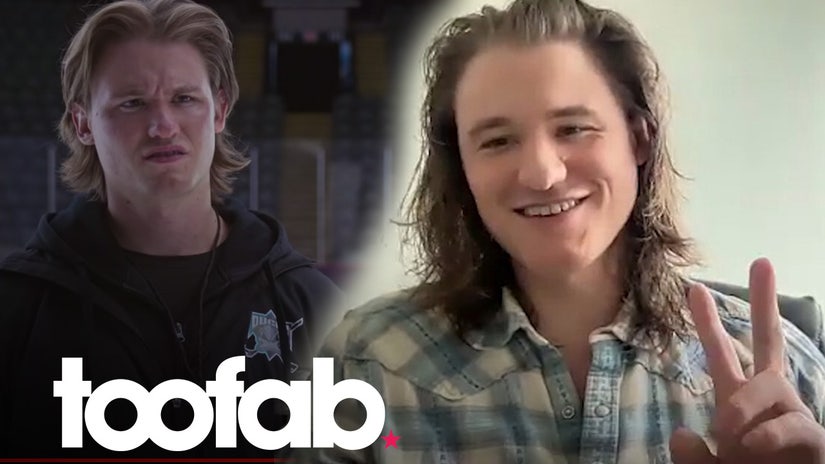 "The Mighty Ducks was absolutely on repeat at our household, for sure, the first three movies were on repeat," he told TooFab ahead of the show's premiere. "My brothers and I wore out the VHS tapes and always fought over who got to be Team USA and who was Team Iceland."

Saying his parents are, of course, "proud" of him and always "very supportive" of whatever he does, Playfair said it was his brothers were were really stoked when he landed the role of Coach T -- the coach of the Ducks, who are now an elite team.

"I sent them a photo from set on the first day and I was in my gear. Obviously, 'Don't leak this guys, but this is pretty wild, like, I'm wearing a Mighty Ducks jersey here. This is incredible,'" he explained. "They were really excited about it. There are a few times in your career you get to go, 'Wow, this is actually a dream come true,' but that was very much a real dream come to life, the experience of being on the Mighty Ducks."

While it may be a major milestone in his career, the Ducks have changed a bit since the days of Gordon Bombay (Emilio Estevez). On the new series, the team is a cutthroat group of young pros with no space for the ragtag underdogs that once made up its ranks. As the ruthless Coach T, Playfair is the equivalent of Coach Jack Reilly (Lane Smith's character) from the original film. After T cuts an underperforming player, the kid's mother (Lauren Graham) starts her own rival team, eventually getting Bombay out of retirement to assist.

"I really enjoy playing sort of darker characters because I think finding humanity in those people is always fun for me," he said, adding that he's definitely come across a few young coaches like Coach T in real life.

"I think a lot of people assume that a coach is gonna be a bit of grizzled veteran, whereas in my experience, especially in academy hockey ... you do see these people who maybe had an injury along the way or something hung up their career that prevented them from playing pro-hockey," he explained. "So they end up pursuing it in another capacity and a lot of times that ends up being coaching. I had seen those guys in their late 20s whose way to the NHL was through youth hockey, in their minds."

"Bringing that 'Failure is not an option' mentality to this younger guy who's coaching literally kids I think is just, there's something innately hilarious about that," he continued.

Though they're rivals on screen, Playfair had only praise to heap onto Estevez, who was one of the first costars he met on set.

"Emilio Estevez was on set the first day that I was there, and he was there to say hi to the cast and crew, and sort of set the tone for the whole project," said Playfair, "which was, I think, really important for everyone to see his commitment, not just on paper or on the cast list, but to be a presence on set, to sort of have that guiding light through the process of filming."

He said the veteran actor totally exceeded any expectations he had in his mind, calling him a "very open, giving performer" and also a "really, really cool person to get to know."

"Sometimes they say don't meet your heroes, but with Emilio, it was the complete opposite," added Playfair. "To really coach with Bombay, across from him I should say, to be in those scenes was really cool." 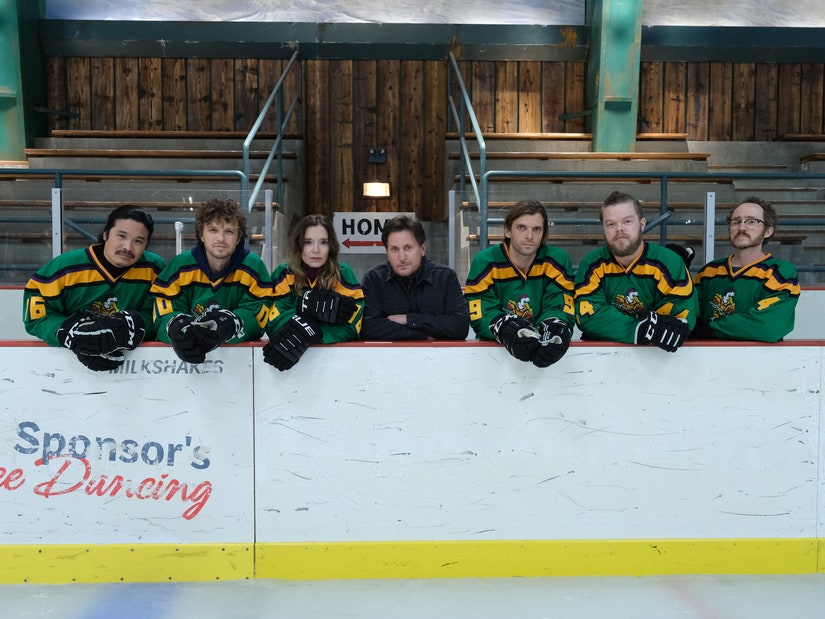 Disney+ recently confirmed a number of the original Ducks will also appear in a later episode of the series. While Playfair couldn't comment on any on-camera interactions their characters may or may not have with each other, he did talk a bit about meeting them on set.

"It was another instance of expectations and reality sort of melding together really beautifully," he said. "They've all got really, really level heads and they were all super excited to be there and I think they all felt like the elements of the original were still very present in the reboot, which I think is everyone's concern when you go back into a formula that's been proven before and has the nostalgia effect as well."

"There's so many kids, like myself included, who grew up on 'The Mighty Ducks,' so when you go back and reopen it, it's kinda like, 'Be careful, don't mess it up, because it's so good'" he added. "I really believe that it did the series justice, and to have the original Ducks there, and to sort of echo that sentiment was really important."

Watch the video above to see how Playfair has handled the type of rejection his character doles out in real life -- and how his acting career has allowed him to fulfill hockey dreams he never thought were possible.