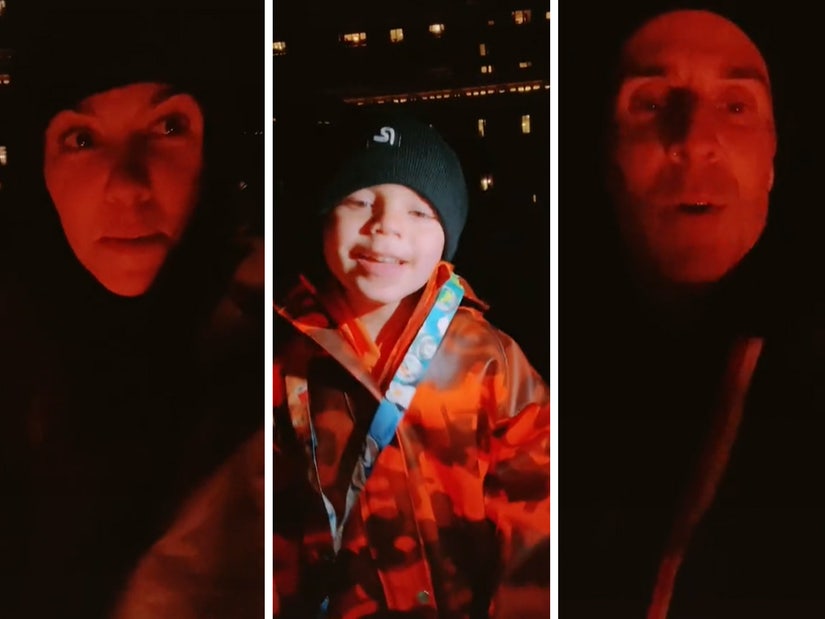 Kourt also refers to Travis as her "boyfriend" in the clip, taken on a blended family vacation.

Kourtney Kardashian and Travis Barker have apparently taken their relationship to the next level -- by going on vacation together, kids in tow.

While Kourt clearly has some issues understanding what's going on, she hands it to Barker, calling him her "boyfriend." After it goes from Travis to all of his kids, Landon throws it over to someone "who's changed their outfit five times today," referring to Kourtney.

She messes it up again, before finally giving Reign the spotlight -- and boy, did he take it. Trying to figure out what to say, the 6-year-old starts shouting, "Oh f---, oh s---" before twerking up a storm. Cue mom Kourtney: "We're done."

Barker and Kardashian have been seeing each other since January, but only started going public with their relationship more recently. After spending time together on Valentine's Day, they hinted at more interactions on social media before attending UFC 260 together over the weekend.