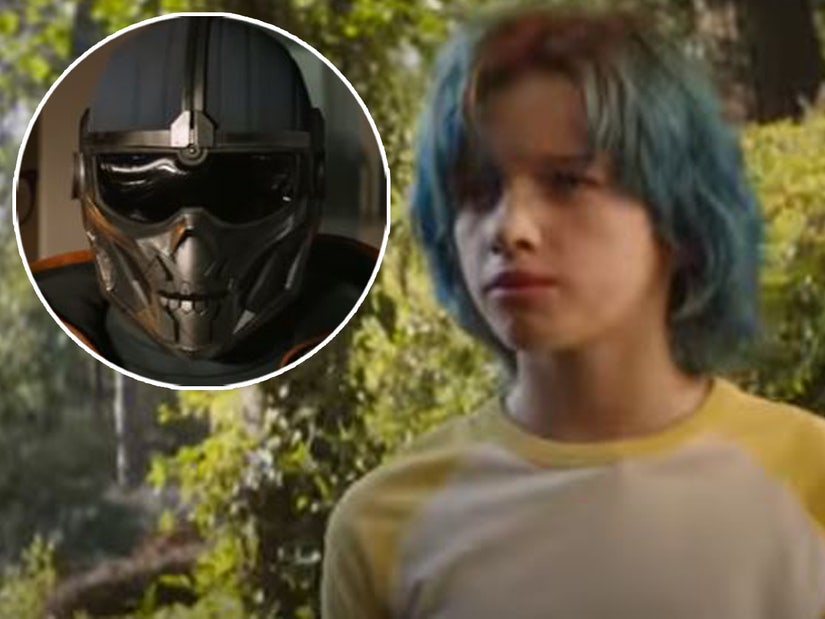 "My girls are the toughest girls in the world!" snarls David Harbour's Red Guardian.

Marvel dropped a new trailer for "Black Widow" on Saturday, offering a peak into Natasha Romanoff's (Scarlett Johansson) childhood and a spotlight on her enemy Taskmaster.

Although the clip features some footage already seen, it opens with a new voiceover from Natasha, as she confesses, "I made mistakes choosing between what the world wants you to be and who you are. We have to go back to where it all started. One thing's for sure, I'm done running from my past."

In flashbacks, we see the Avenger as a teen with blue hair, while her father, Red Guardian (David Harbour), hugs her and her sister Yelena Belova (Florence Pugh).

"My girls are the toughest girls in the world," he snarls.

Melina Vostokoff (Rachel Weisz) makes another appearance, but the action-packed climax of the trailer belongs to Taskmaster, who appears every ounce Black Widow's nemesis and counterpart during a daring air-borne battle.

After being delayed for over a year, "Black Widow" is set to hit theaters and Disney + in July.

Watch the thrilling new trailer, above.