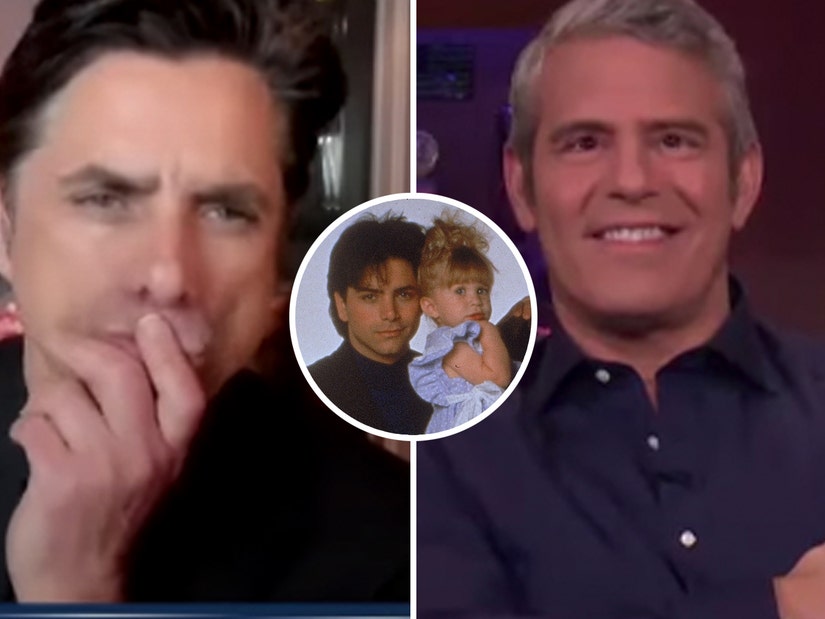 He also reveals if he's ever role played in bed as a Disney character ... and whether any partner has ever said "Have Mercy" in bed!

Both "Full House" and "Fuller House" may be over for good, but that didn't stop Andy Cohen and his "Watch What Happens Live" Clubhouse audience from asking about the show when John Stamos stopped by on Thursday night.

The Netflix revival ended in June 2020, with almost every star from the original cast returning in some form throughout its five season run. The biggest MIA members, however, were Mary-Kate and Ashley Olsen, who played Michelle on the OG series.

A viewer asked Stamos whether they were surprised the Olsen Twins never returned for any kind of cameo in the reboot.

"We were disappointed, but we understood," said the actor.

While they were both asked to be on the show, Ashley reportedly said she no longer felt comfortable acting, while Mary-Kate said the timing didn't work out between their various fashion brands and business endeavors.

"Full House" came up again while Cohen had Stamos play a Beach Boys-themed version of "Never Have I Ever" called "I Get Around."

Among the things he admitted to: Role playing as a Disney character in the bedroom, being called Uncle Jesse "during an intimate moment," hooking up in his trailer and, yes, even being turned down for a date.

He also added that none of his partners have ever said "Have mercy" in the bedroom, he's never given anyone a lap dance and has never made a sex tape.