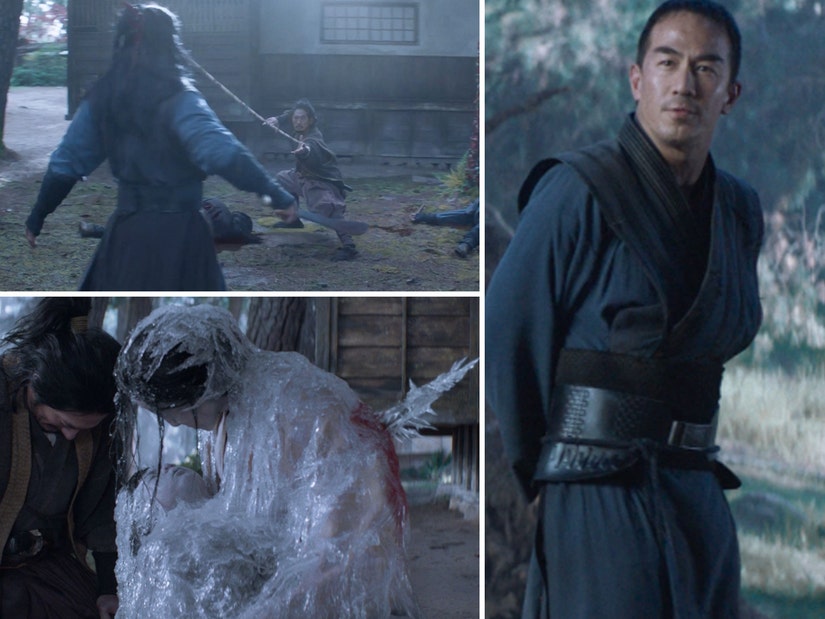 Scorpion and Sub-Zero face off in the first footage.

The new "Mortal Kombat" film is out to prove it can be just as brutal as the video game on which it's based -- and the opening scene of the movie sets that standard right off the bat.

Warner Bros. dropped the first seven minutes of the film on Tuesday, giving fans a taste of the blood-soaked violence and killer fight choreography they can expect throughout the rest of the movie.

In the footage, Hanzo Hasashi (Hiroyuki Sanada) -- a warrior in feudal Japan who later becomes Scorpion -- comes home to the devastating deaths of his wife and son, who have both been frozen solid by Bi-Han, also known as Sub-Zero (Joe Taslim).

Upon seeing their bodies, he goes on a killing rampage -- taking out a team of ninjas with ease using a sword and, eventually, a gardening tool that becomes his character's signature weapon. It's brutal stuff!

The clip ends with Hanzo coming face-to-face with Sub-Zero, who is on a mission to end his opponent's bloodline. Unbeknownst to him, however, is the baby girl hidden inside their home.

See how their showdown untangles when "Mortal Kombat" hits theaters and HBO Max on Friday, April 23.