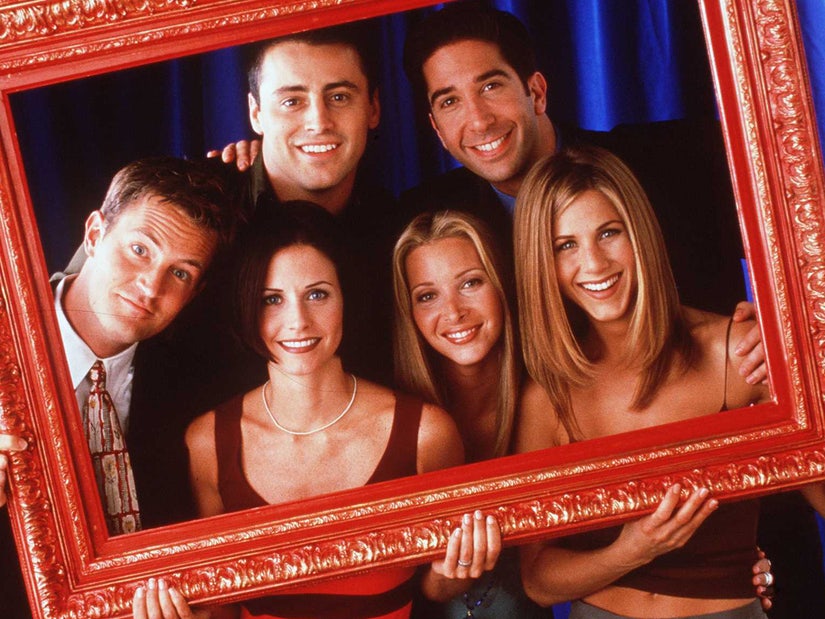 "It's funny, when we do get together, it's like no time has passed."

The "Friends" cast is opening up about filming the highly-anticipated reunion special.

"I was flooded with 10 years of irreplaceable memories," Cox, 56, recalled.

"It's funny, when we do get together, it's like no time has passed," added LeBlanc, 53. "We pick up right where we left off."

Schwimmer, 56, noted that before the reunion, the last time all six of them had been together was nine years ago -- the only time they had been "in the same room" since the show ended in 2004.

As Aniston, 52, pointed out, when she and the cast first reunited on the stage, they all wondered, "Oh God, how are we going to get through this alive, without just crying our faces off?"

"It was kind of melancholy, I guess. Right?" LeBlanc asked, to which Kudrow, 57, replied in agreement, "Yeah, emotional."

In addition to the cast taking a look back at their time on the show, the unscripted reunion special -- which premieres on May 27 -- will also feature the cast doing a table read of a portion of the hilarious episode, "The One with The Jellyfish," as well as a "re-imagining" of the trivia game that Monica (Cox), Rachel (Aniston), Joey (LeBlanc) and Chandler (Perry) played in Season 4.

Meanwhile, also during their interview with PEOPLE, the cast shared where they think their characters would be up to now.

"I always just feel like Monica would be doing something competitively with other mothers and trying to outdo them," Cox said of her character. "Whether it's the bake sale at school or something. I mean, she'd be so annoying. She'd be at the head of the PTA or something."

As for Monica's husband, Chandler Bing, Perry, 51, said he "would be a wonderful father" and a "wonderful comedy writer."

Aniston shared that she would like to see Rachel starting her own clothing line. "It's sort of a small franchise," she said. "Like a Nili Lotan. And I live in New York City on the Upper East Side."

Kudrow said Phoebe is "living in Connecticut" with her husband Mike (Paul Rudd) and their children. "She's in charge of the arts program for the school," she explained. "And just ... the advocate for her kids because they're different like she was."

When LeBlanc said Joey "would have opened a chain of sandwich shops," Perry quipped that Joey would have "eaten all the sandwiches."

Schwimmer said that Ross, who is a paleontologist, would "playing' with the bones," but "would've invested in Joey's sandwich shop and lost a lot of his savings for his kids."

The cast also revealed what they stole from the original set. See what they said they took in the clip, above.