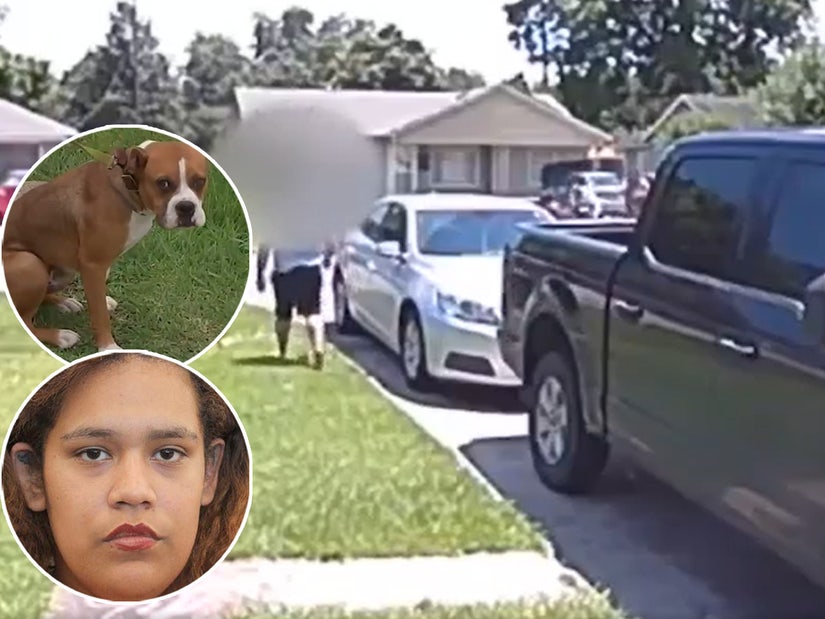 Ring camera shows her shooting wildly at the moving target.

A Texas mom who opened fire on a "rampaging" puppy managed to shoot her own child instead, according to Houston police.

Angelia Mia Vargas, 24, was charged with deadly conduct -- discharge of firearm -- after she accidentally shot her five-year-old son in Houston on Saturday, per authorities.

Her neighbor told ABC13 that his 6-month-old boxer pup Bruno had been inside his house, barking at the front door, so he thought someone was outside; but when he opened it to check, the dog made a break for it.

Ring camera footage shows the owner following him out and calling for him to come back as the dog runs about the front yard. Across the street, a man and woman can be seen, while blocked from view their five-year-old son, according to witnesses, is cycling his bike.

Just seconds later, three quick shots are heard as the woman can be seen wildly tracing a moving target. Then — a child's screams.

According to Houston PD, one of the bullets meant for the dog ricocheted off the ground and lodged in the abdomen of the son she was presumably trying to protect.

He was taken to hospital in stable condition with non-life-threatening injuries.

After consultation with the Harris County District Attorney's Office, his mother was arrested and charged, as she had fired across a public roadway and in the direction of two occupied houses. She has since been released on bond.

"He goes walking over there and you know, he's curious and the lady just shot," Bruno's owner said. 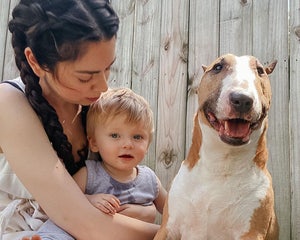 "She just started pulling it out, didn't aim or nothing. Just started shooting."

"I feel bad because of what happened to the little boy... I just heard everybody screaming and yelling and guns."

"She could have handled it differently," he added. "You know, she was there, her husband was there, I was there, nothing would have happened. Nothing bad like that."

Since the incident, the dog's owner says he has been suffering nightmares.

"I was asleep and I had a dream hearing the little boy crying, and that's what woke me up when I was sleeping yesterday," he said.

Police also issued the owner with a citation for allowing the dog to run loose.

As for Bruno, aside from a minor bullet graze on his front right paw and presumably the fright of his life, he escaped injury.