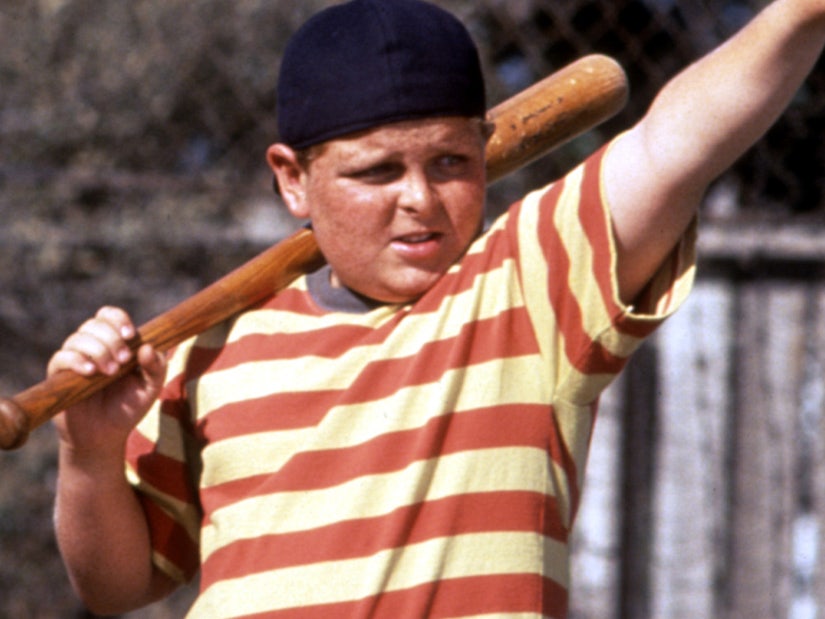 Renna refers to his 4-year-old son Flynn as "Smalls."

You're killing us, Patrick Renna!

The former child star, who played Ham Porter in the 1993 classic "The Sandlot," just recreated another of the movie's standout moments with his own 4-year-old son Flynn.

Taking to Instagram on Thursday, the now-42-year-old shared a video of him with his own boy, who he refers to as "Smalls" -- also the name of Tom Guiry's character from the film.

"So Smalls, AKA my 4-year-old son Flynn got his first black eye playing baseball and I knew exactly what to do," Renna began the video, before sitting next to his kid on the couch. With his son giggling away, Renna then slapped a hunk of raw meat on his face.

"If you know, you know," Renna added with a sly smile.

In the movie, Smalls gets nailed in the face with a baseball while practicing with stepfather Bill (Denis Leary). To help reduce swelling, Bill pulls a steak out of the fridge and has the boy put it over his eye while telling him, "You gotta watch out for that curve." 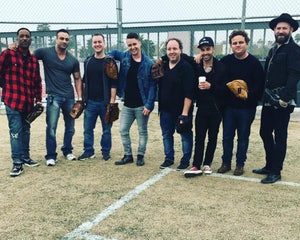 Back in April, he actually donned the red and yellow-striped shirt Ham rocked in the movie before stepping up to the plate and calling his shots just like he did back in the day.

Following a reunion in 2018 on "TODAY," Renna also recruited his former teammates for a virtual reunion in 2020 -- raising money for Justin Turner Foundation -- on his YouTube show titled, what else, "You're Killing Me Patrick Renna."

During the reunion, Renna made it clear he loves how beloved the film is and how he and his costars still get recognized when they're together all these years later.

"We go to dinner sometimes together and we'll all be sitting down at a table and [fans] will pull me out and say, 'Oh my God, were you in "The Sandlot"?' And I do a photo." he said. "My favorite moment is when I go, 'Do you know who I'm sitting with?' And they look over and then it starts to hit them. And then they lose their minds."

"There's something about when all of us are together that's really special to people," he added. "That's really fun."

Watch the full reunion below.