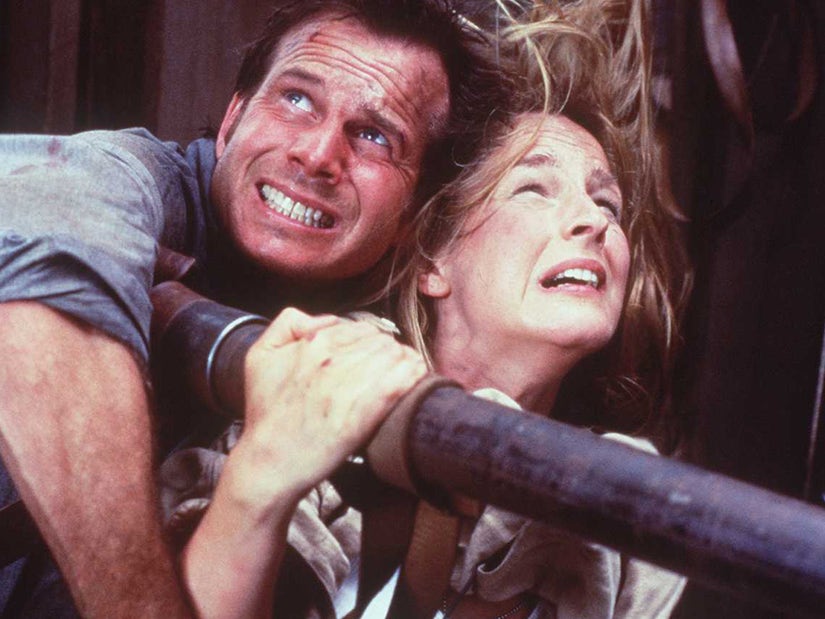 Someone make this happen!

Helen Hunt really wants to make a sequel to "Twister," but the powers that be shot down her pitch.

Appearing on "Watch What Happens Live" on Thursday night, the actress revealed she "tried to get it made" with the executive producers/costars of her new Starz series "Blindspotting," Daveed Diggs and Rafael Casal.

"I tried to get it made. With Daveed, and Rafael and me writing it, and all Black and brown storm chasers, and they wouldn't do it," she said, not revealing who she pitched it to. "I was going to direct it," she added, "I'm not kidding."

She also told Andy Cohen she'd be open for a cameo and said she'd "for sure" die at the beginning of the movie.

During the after-show, Hunt elaborated a bit more on the sequel talk, saying the group "could barely get a meeting" with anyone to even present their idea.

"And this is in June of 2020 when it was all about diversity. And it would have been so cool," she continued. "There's a HBCU [historically Black college and university] near Nashville where we wanted it to take place, and a rocket science club, and in this one they shoot the rockets into the tornado. It was gonna be so cool."

Around the same time they were making their pitch, Variety reported that Universal Pictures was developing a reboot, with Joseph Kosinski ("Top Gun: Maverick") in talks to direct. There's been no update on that project since.

Funnily enough, Hunt appeared on "WWHL" alongside Julianne Moore, who revealed she auditioned for Helen's role in the blockbuster. She obviously didn't get the part, but the 1996 Jan be Bont-directed movie went on to be a massive success, pulling in $494 million at the box office.