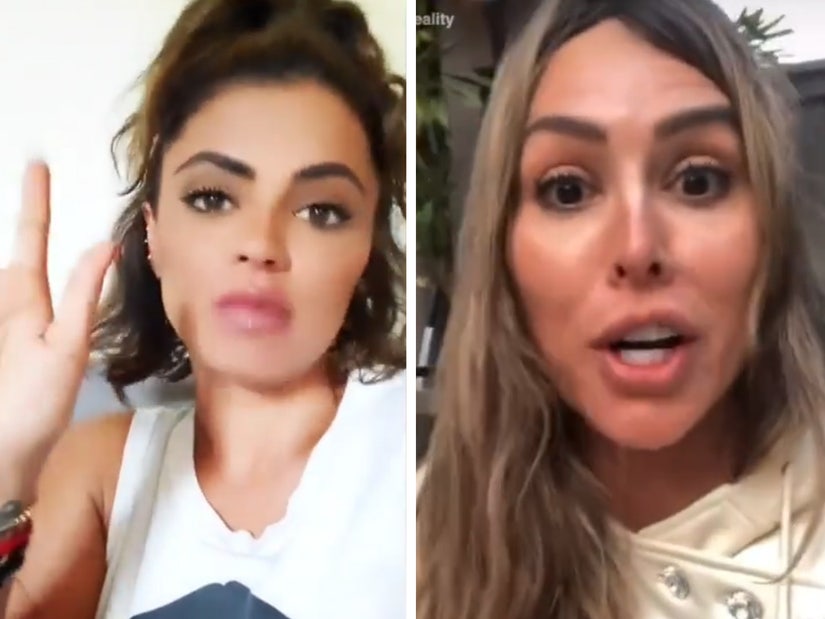 Golnesa says Kelly's "racist side came out" when she referred to the "Shahs" star as "Goulash." Kelly tells TooFab: "Come after me some more and I'll sue you."

The two have been going at it back and forth for the past day, ever since it was announced Dodd would not be back next season on RHOC.

She then responded to a fan who said they were "not here for the ignorance" coming from Dodd by writing, "I agree! Don't get me wrong, I've had my fair share of f--- ups, but there needs to be growth and some change towards a better good. I don't like insecure bullies who thrive off of belittling others. Out with the a-- and in with the class!"

Dodd then clapped back in a statement to Page Six, saying, "I don't know who this woman is. I don't watch that show." She added, "Unfortunately, there are a lot of haters in the world. Fortunately, I get far more love than hate. I choose to focus on the thousands and thousands of well-wishes and messages of support I've already received today."

GG then decided to reply to Dodd's statement with an Instagram video.

"So apparently, Kelly Dodd wants to talk a little bit of s--- and say she doesn't know my show, she's never seen it, doesn't know who I am. No problem, that's OK," she said into the camera. "It's probably why you're not even on Bravo anymore because if you don't know your own Bravo family, you don't belong in the Bravo family."

"I've been on Bravo a long time before you, and guess what, I'm gonna be on a long time after you," she added. "I'm an OG on my show, I'm a starter of my show and I will be a closer of my show. It won't be the other way around, believe that, Miss Dodd. Enjoy your Fox News life, bye."

Later Thursday evening, GG returned to Instagram to refute Dodd's claim she doesn't watch "Shahs" ... with Kelly's own words. She posted a clip from a RHOC reunion in which Kelly was asked which "Non-Housewives show on Bravo" she'd want to be on. Dodd's answer: "I would like to be on Shahs of Sunset ... because I'm just over the top."

In a since-deleted Instagram Story, Dodd then responded to GG's post -- claiming the video didn't prove anything.

That message did not sit well with GG, especially Dodd's mispronunciation of her name.

"Well now ya see Ms. Dodd, now we've got ourselves a whole new issue at hand. Let me paint your privileged self a little pretty picture ... first and foremost, if you watched my show 5 years ago then guess what, there wasn't an episode without me being at the center of drama with MJ and Reza (the 2 people you said are the only ones you know from my show)," GG began. "Never once did those individuals have a season without having me at the center of it."

"Now let's switch tones for the 2nd part of this so pay attention ... I was born almost practically deaf and I have to wear hearing aids to hear a little better and sometimes I miss it but did you just disrespect MY CULTURE by purposely saying my name like that?" she asked.

"I would've thought getting fired for being a racist would've been a big enough lesson but I forgot we're talking about a privileged person that doesn't need to change their ways," she continued. "You are a bona-fide bully Ms. Dodd. I am so glad for your departure because when Bravo decided to create the first ever show about Middle Easterns [sic] on an American network called Shahs of Sunset, and the many other shows about different cultures, they also said f--- you to racism and the people whose souls are tainted, so good riddance."

She then asked why Dodd deleted the video, as it no longer appears in her IG Stories, which take 24 hours to expire.

"Did you realize your racist side came out so naturally and that it needed to be deleted?" wrote GG. "One can only wonder... either way, I'm still waiting for you at the karma cafe. #Shahs"

In a statement to TooFab, Dodd responded to GG's most recent post accusing her of racism.

"This narcissist started this fight by attacking me and I still don't know who she is," said Dodd. "I'm mostly Mexican and nearly 30% Native American. I'm not a racist and the privileges I have are the ones I've earned. I deleted the video because I'm sick of talking about this person and won't anymore. Come after me some more and I'll sue you."

Some of GG's fans have also pointed out that Kelly commented on Mercedes "MJ" Javid's May 30, 2021 post about "Shahs" that she would "be watching" the next episode. 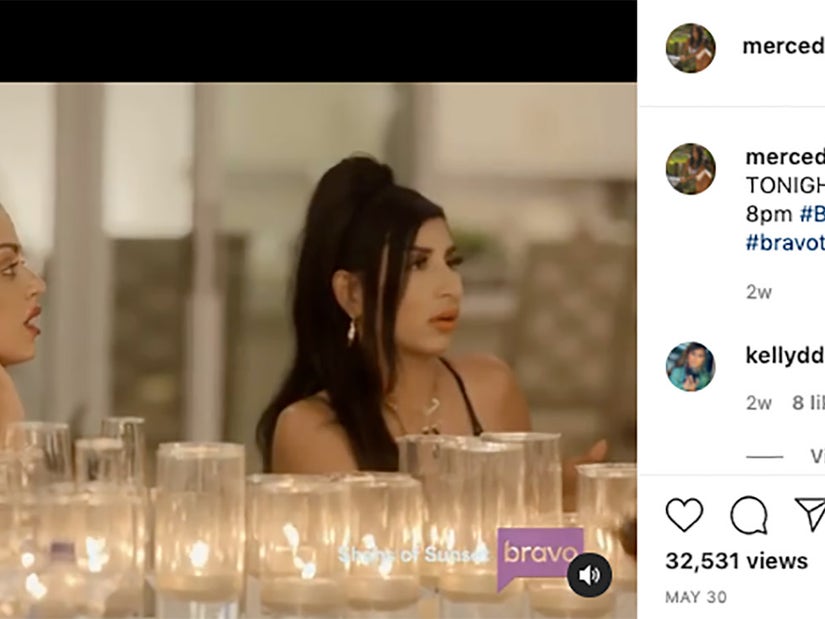