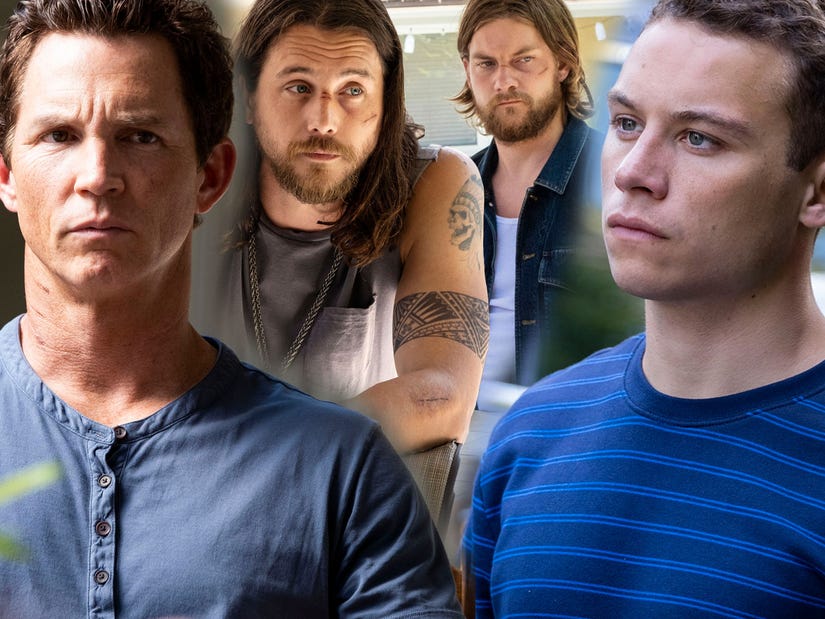 It's been nearly two years since the Season 4 finale ... we know you have questions.

The Codys are back.

After far too much time away from our TV screens, "Animal Kingdom" returns to TNT for Season 5 on July 11 at 9/8c.

But following the events of Season 4 -- which ended with Smurf (Ellen Barkin) convincing J (Finn Cole) to put a bullet in her brain after getting diagnosed with terminal cancer -- the power dynamic in the family has shifted forever.

In order to keep their lavish SoCal lifestyle afloat with more heists and criminal behavior, the surviving Codys -- J, Pope (Shawn Hatosy), Craig (Ben Robson) and Deran (Jake Weary) -- will battle amongst themselves to become the new leader of the pack. The trailer for the new season shows all four of them literally punching each other around, with each saying they're "in charge now" ... but we all know there can only be one top dog

When we last saw the Codys, they proved they're a dominating presence in Oceanside by beating the hell out of a threat to a family friend. The final moments of the finale sent a very clear message: the Codys are still a force to be reckoned with, even without Smurf in the picture.

While Smurf is MIA in the present day, the fifth season will continue to shine a light on her origin story. In 1984, flashbacks will show how 29-year-old Janine (played by Leila George) built a dangerous (but extremely profitable) crime empire with the help of good friend Pamela Johnson -- all while raising baby Pope and Julia.

Deran's father Billy (played as an adult by Denis Leary) will join the flashbacks as well, with Anthony Konechny joining the series as a younger version of the character. Smurf's other living baby daddy, Craig's father Jake (Jon Beavers), will also continue to appear in the '80s ... as will Rigo Sanchez's Manny, who was upped to a series regular.

Expect Pamela Johnson to be a force in the current timeline as well, after it was revealed in the finale that the bulk of Smurf's estate -- including the house -- was left to her former accomplice. Though the guys fudged a backdated, new will, there's no way it'll be that easy to get rid of her. "Pose" alum Charlayne Woodard has been cast as Johnson in a recurring role this season and is described as a "badass" who "lets others get their hands dirty on her behalf." Good luck, boys!

Viewers can also expect to see Craig adjust to fatherhood, Deran struggle with life without boyfriend Adrian -- who made a heartbreaking exit in the finale -- and new, high-octane heists galore.

With the show already renewed for a sixth and final season, the Codys aren't going anywhere just yet. Place your bets on who you think will come out of Season 5 on top when "Animal Kingdom" returns July 11 at 9/8c on TNT.

Check out a recap of the first four seasons below: