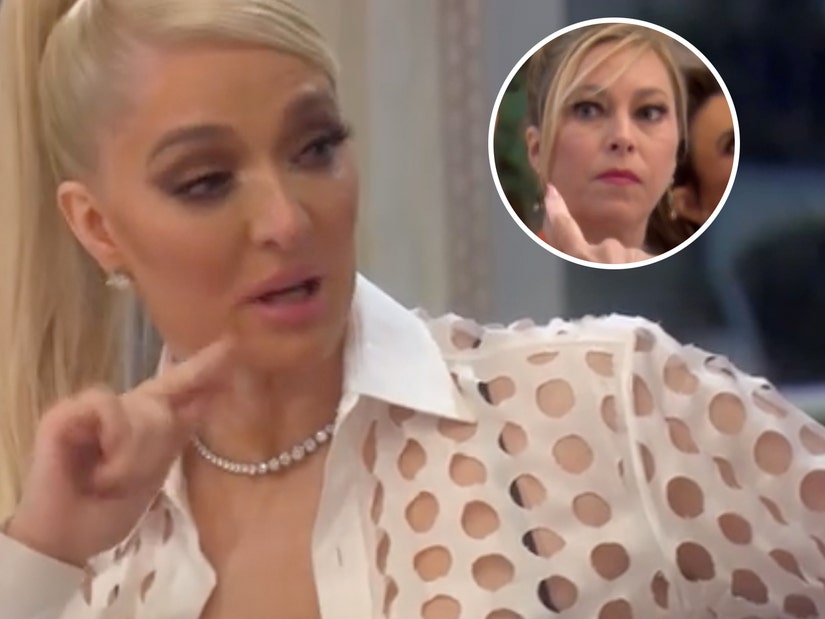 "You ever call me a liar again, I'm coming for you," says Erika -- after Sutton wonders if they've all been "duped."

As the current season of "The Real Housewives of Beverly Hills" rolls forward, it's very clear Erika Jayne's divorce from Tom Girardi and the former couple's legal issues will become the focal point of its upcoming episodes.

Bravo dropped a new preview for the rest of the season on Wednesday, packed with footage of all the women discussing Erika's shocking split from her husband of 21 years. Also a topic of conversation: A lawsuit filed against the former couple accusing Tom of misappropriating "at least $2 million in client money" due to the families of the victims of a 2018 Boeing jet crash in Indonesia. Tom and Erika have been accused of faking the divorce to help conceal their involvement with the embezzlement case.

"You wanna know who your friends are? Get old and go broke," Erika says in the promo, before her costars begin wondering what's really going on.

"She's gonna have to answer more than she's comfortable with because we deserve to know the truth," says Kyle Richards at one point, while Erika is MIA. In another moment, during which Erika was present, Garcelle Beauvais says, "If what Tom did is true, then f--- Tom."

Finally referring to the missing settlement herself, Erika adds, "If he stole the money, I'd like to know where it is."

Erika is also seen telling Sutton Stracke to "believe in me, instead of an article," before Sutton asks the other women, "Have we been duped by the lies?" Jayne also snaps at Stracke in another moment -- fiercely telling her, "You ever call me a liar again, I'm coming for you!"

After Sutton and Kyle discuss whether Erika was making "empty threats," Erika herself is seen telling them all, "Guess what bitch, I'm not threatening, I'm promising." The promo ends with Erika in tears as she exclaims, "Look at me, look at my f---ing life."

On last week's episode, the 50-year-old reality star was visibly shaken over reports claiming her divorce was a "sham."

"This sucks so bad," she told Lisa and Kyle. "The things that are being said are just wrong, people are believing them and they are everywhere and it's terrible. And I'm here by myself."

"What's being said, it's just insane, that my divorce is a sham? But nobody cares about the facts," Erika said. "When I filed this divorce, I was a gold digger," she added, "This week you're a conspirator. I mean, what the f---?! And neither one of them are true."

"Nobody wants to be in the position I'm in right now," she explained in another sit-down with Kyle. "It's really unenviable being the possible target of a federal criminal investigation is, like, not cool. To have all of those things said about you, which are not true, and then to have everyone basically question everything. It's lonely and it's quiet and you would be shocked how quickly people turn on you, how quickly people distance themselves from you. Automatically they turn because they don't want to be involved. But they were there when it was good, though."