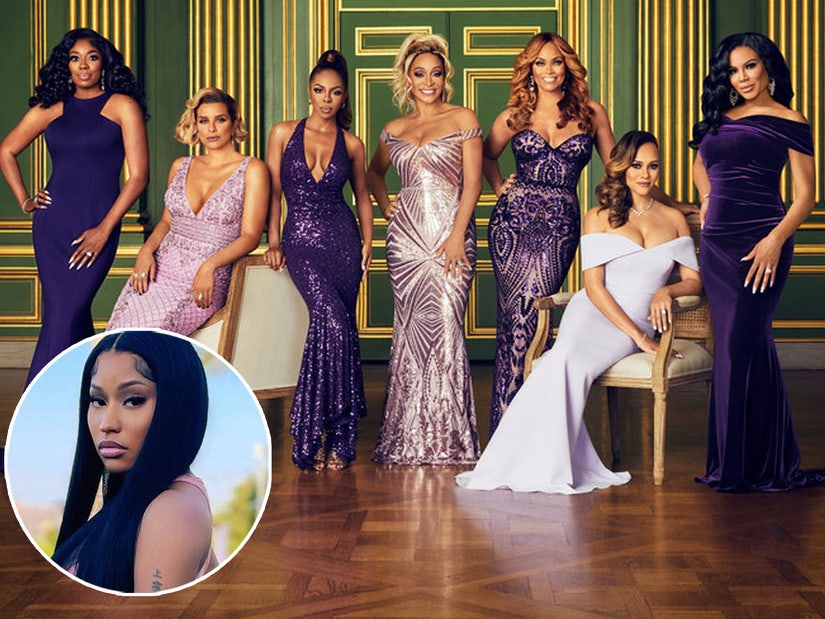 The "Super Bass" singer's publicist claimed Andy Cohen said he would "gladly give up his seat."

Nicki Minaj just needs Andy Cohen to step to the side because she said she's "finna get into some thangz" as the host for the "Real Housewives of Potomac" reunion.

Taking to her Instagram on Thursday, the "Super Bass" singer had fans freaking out after posting a promo of the show that remixed her 2010 hit "Moment 4 Life," adding the caption, "I'll be hosting the reunion. lmk what y'all want me to ask chile."

The "RHOP" cast members were just as excited for the shocking news as they quickly commented on the IG, with self-proclaimed "Grand Dame" Karen Huger writing, "All right now," alongside a fire emoji. Nicki replied, "Yes ma'am. I know a thing or 2 about being the Grand Dame."

And the "green-eyed bandits," Gizelle Bryant and Robyn Dixon, both gave their enthusiastic approval.

Even "Real Housewives of Atlanta" star Porsha Williams chimed in with, "Wait what?! Hell yeah." 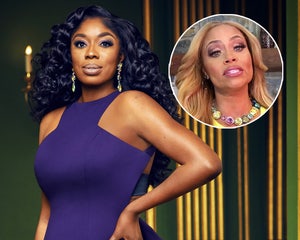 But perhaps the most telling comment came from the Bravo boss himself, as Andy posted, "I want to see this!" Nicki's team appeared to back up Andy's sentiment, as the rapper shared a screen shot of a conversation with her publicist, who wrote, "Andy Cohen said he would gladly give up his seat to have you host the Potomac reunion. Tapes around October."

Also on her Instagram Story, Nicki shared, "Everyone binge watch all the episodes cuz we finna get into some thangz hunty. My questions will be well thought out, too. Mixed with funny & epic of course."

This isn't the first time it has been revealed the "Anaconda" hitmaker stans "RHOP," as Wendy previously spoke of her social media chats with the rapper. "She followed me, and she actually, like, engages with me. Like, she likes my pictures," Wendy said on "Housewife to Housewife." "I'm like, Nicki?! The Barb?! I'm like, [gasp] Nicki. I love her." 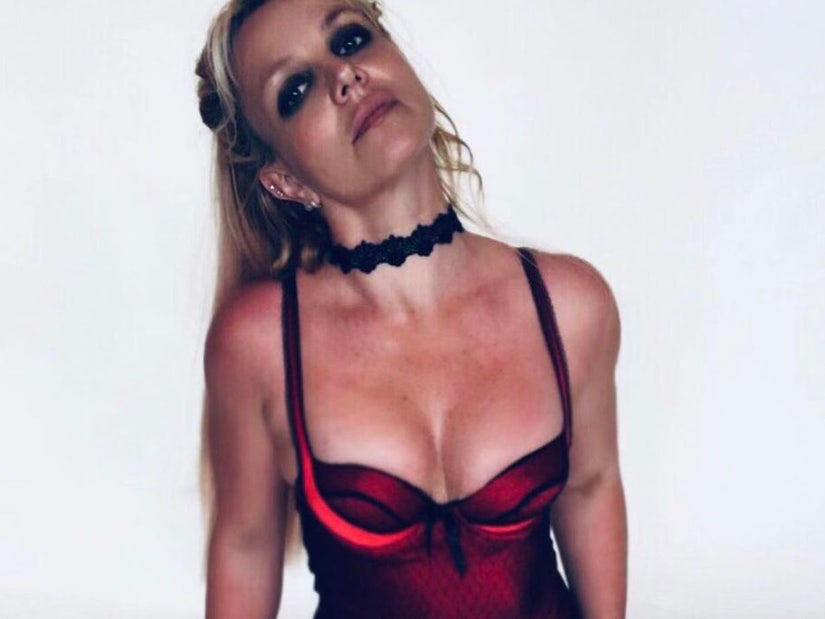