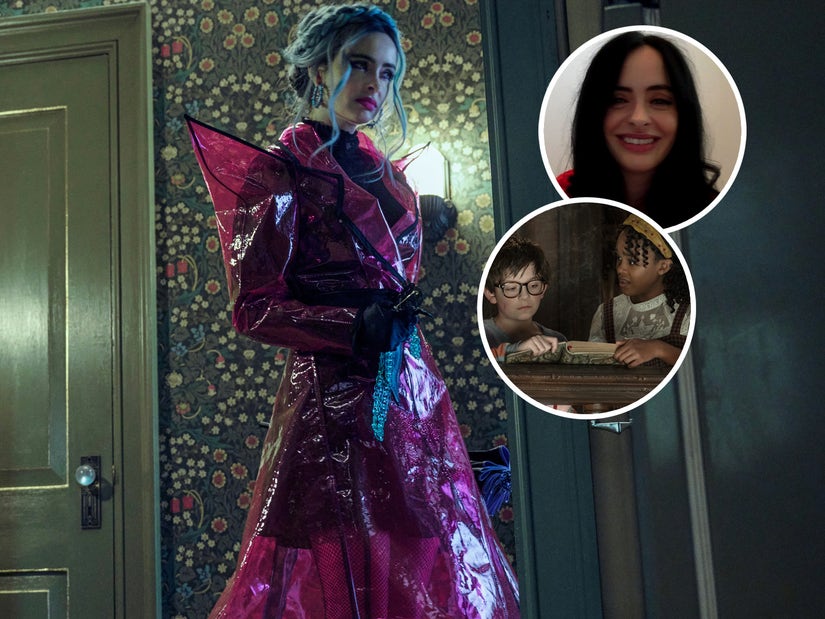 While she's always down to playing Jessica Jones again, her baby boy might be slipping into the character's leather jacket very soon!

After playing Marvel superhero Jessica Jones for the Netflix series and its crossover spinoff "The Defenders," star Krysten Ritter is back on the streamer -- playing a big bad!

The actress stars as evil witch Natasha in the new movie "Nightbooks," a perfect gateway horror movie for the younger generation of viewers. In the flick, out Wednesday September 15, Ritter captures a young boy (Winslow Fegley) -- whose only saving grace is his ability to tell scary stories. But when he teams up with fellow-captive Yasmine (Lidya Jewett), Natasha may have met her match. 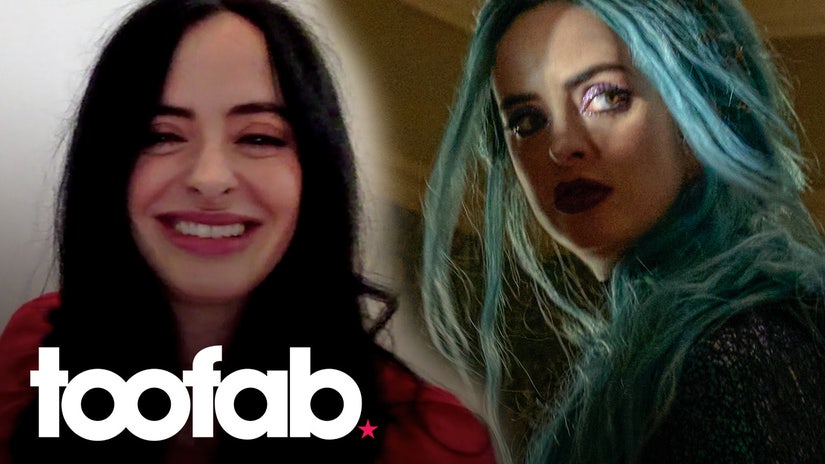 "I thought it was a just a delicious character when it came my way," Ritter tells TooFab. "I love any opportunity to play a larger than life character with a rich backstory, which this character has. I also loved how she is funny one minute and the next minute, she's truly terrifying and traumatizing children and enjoying it."

"So there was a lot of fun for me, and a lot of colors to play," said Ritter, who spends most of the movie in a wild blue wig and killer clothes. "I also love how much she enjoys having her magic and what she does with that with her looks and how she just like steps into that role. So for me, this is really a delicious character and kind of a role of a lifetime and definitely a blast doing."

The movie is probably one of the first of her projects her son Bruce, 2, will be able to watch -- though he very much enjoyed the sneak peek his mama gave him while she rehearsed for shooting.

"You know, he can't watch this yet, obviously. I did practice my lines on him and he just thought it was the funniest thing," she explained. "I have a couple of lines would do for him and then go [laughs maniacally] and then he goes like this [baby evil laugh]. It's the most fun and he thinks that Natasha is the funniest thing ever. He will just laugh and laugh and laugh."

The kids on set got a kick out of Ritter as well. 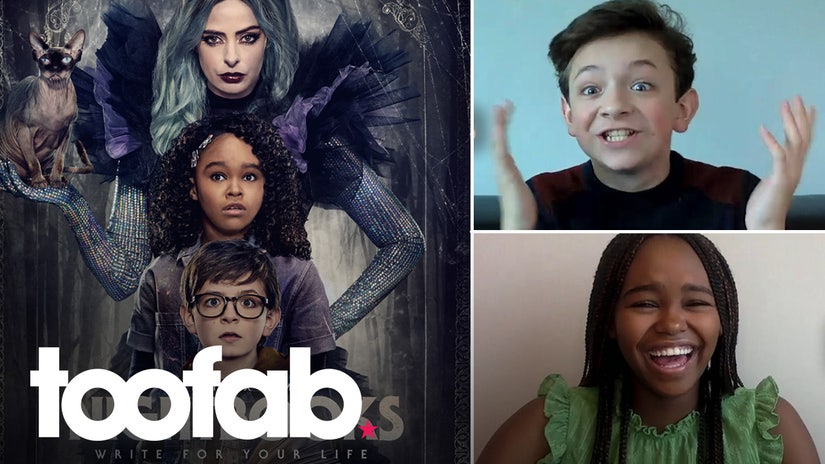 "Krysten herself, she was so nice off-set like behind the scenes," Jewett told TooFab, saying it was a blast to see her switch into "super scary and super mean" Natasha mode. "I loved working with Krysten," added Fegley, who also praised her "insane" ability to multitask on the project while being mom to a newborn.

With Halloween just around the corner, we asked Ritter if she was planning anything big this year -- with the actress revealing she may just dress up her son as her other Netflix alter-ego.

"I actually did get him like a little Jessica Jones leather jacket," she added. "If we get down to the wire, we can do that!"

In the movie, the two kids learn to embrace what makes them different and use those unique traits as their superpowers. It's a theme with which most people, Ritter included, can relate.

"I was absolutely like not your run of the mill kid," she recalled. "I had my black hair and I'm skinny and pale and always felt a little weird, a little different than."

"It ended up being something that I was able to use and be and that's one of my favorite things about being a part of this movie is the message that it has for kids," she added. "The thing that does make you get picked on or makes you look different is actually what makes you awesome. So I'm so proud to be a part of the movie and I love it. I'm obsessed with this movie."

And, yes, should Netflix want her to return for a sequel, she promises she'll "be there in a second."

Check out the videos above to see which movies introduced all three of them to horror -- and watch "Nightbooks" when it hits Netflix on September 15.