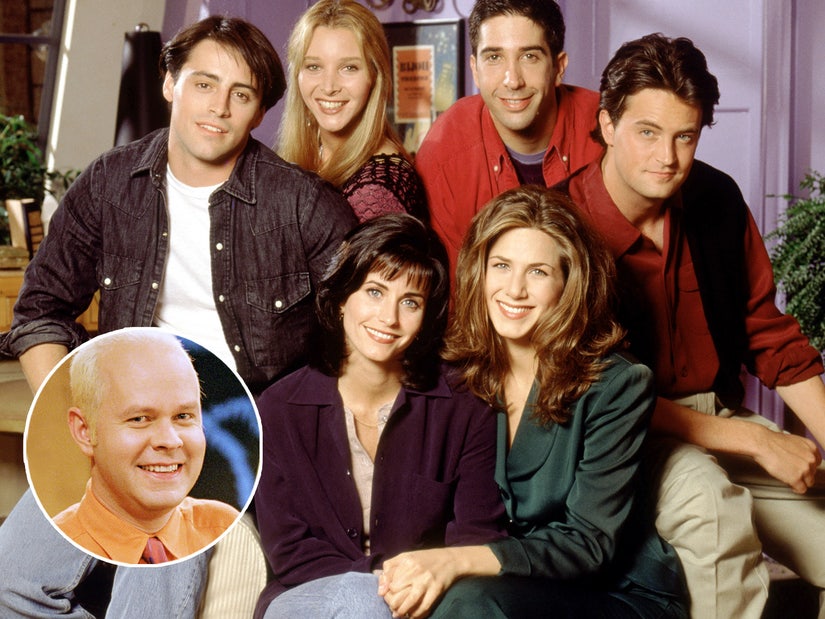 "Friends would not have been the same without you," Jennifer Aniston wrote of Tyler, who famously starred as Gunther on the sitcom.

"Friends" cast members are paying tribute to their late costar James Michael Tyler, who passed away at the age of 59 on Sunday following a battle with prostate cancer.

Following the news of the actor's death, several "Friends" stars took to social media to mourn the death of the late actor. Tyler famously starred as Gunther, a Central Perk employee infatuated with Rachel Green, appearing in 105 episodes throughout the show's 10 seasons. 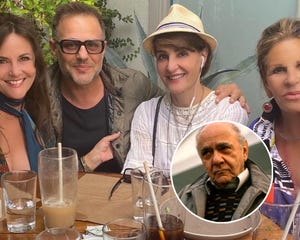 Aniston posted a clip from the series finale of "Friends" in which her character Rachel shares a heartfelt goodbye with Gunther and gives him a kiss on the cheek. She also posted a photo of Tyler as Gunther standing in Central Perk.

"Friends would not have been the same without you," Aniston, 52, captioned the post. "Thank you for the laughter you brought to the show and to all of our lives. You will be so missed."

Cox, Kudrow, and Schwimmer, all shared the same photo of Tyler as Gunther in their posts.

"The size of gratitude you brought into the room and showed every day on set is the size of the gratitude I hold for having known you. Rest In peace James. ♥️," Cox, 57, who starred as Monica wrote, while Kudrow, 58, who played Phoebe, said, "James Michael Tyler, we will miss you. Thank you for being there for us all."

Schwimmer, 54, who starred as Ross, captioned his post, "James, thank you for playing such a wonderful, unforgettable role in Friends and for being such a big hearted gentleman and all around mensch off screen. You will be missed, buddy."

Meanwhile, LeBlanc, 54, posted a shot from a "Friends" scene that featured his character Joey and Tyler's Gunther in Central Perk. He also shared the same image his co-stars posted of Tyler as Gunther.

"We had a lot of laughs buddy. You will be missed. RIP my friend," he captioned his post.

Meanwhile, Maggie Wheeler, who played Janice on the series, also paid tribute. Alongside a photo of herself and Tyler, Wheeler wrote, "I am thankful to have had the chance to know this kind and gentle man. In recent years James and I enjoyed working alongside one another doing PR for various Friends events and I'm very grateful for the time we spent together. I am so sad to hear of his passing and my thoughts are with his loved ones at this time."

In addition, Jeffrey Klarik, whose partner is David Crane, the co-creator of "Friends," tweeted, "He was a lovely, lovely man. Today is a very sad day." Crane retweeted his partner's post. Klarik and Crane also created "Episodes" starring LeBlanc. Tyler played himself in an episode of the Showtime comedy.

"Warner Bros. Television mourns the loss of James Michael Tyler, a beloved actor and integral part of our FRIENDS family. Our thoughts are with his family, friends, colleagues and fans. ❤️☕️," the statement read.

Check out the tributes below.

He was a lovely, lovely man.
Today is a very sad day. @FriendsTV pic.twitter.com/Ql0QUO3pG8

Back in June, Tyler announced his Stage 4 prostate cancer diagnosis during an appearance on "TODAY." The actor said he was diagnosed in 2018 and it later spread to his bones and spine, leading to lower body paralysis.

Tyler made an appearance via Zoom during the "Friends" HBO Max reunion special, which aired in late May. However, he said he was initially supposed to make a cameo in person, but admitted that he chose not because he didn't "wanna bring a downer" on the event. "I didn't want to be like, 'Oh, and by the way, Gunther has cancer,'" he explained on "TODAY."

According to Tyler's rep, per TMZ, the star died peacefully in his Los Angeles home on Sunday morning.

Tyler's family also issued a statement to the outlet, saying, "The world knew him as Gunther (the seventh "Friend"), from the hit series "Friends," but Michael’s loved ones knew him as an actor, musician, cancer-awareness advocate, and loving husband. Michael loved live music, cheering on his Clemson Tigers, and would often find himself in fun and unplanned adventures. If you met him once you made a friend for life."

Tyler leaves behind his wife Jennifer.