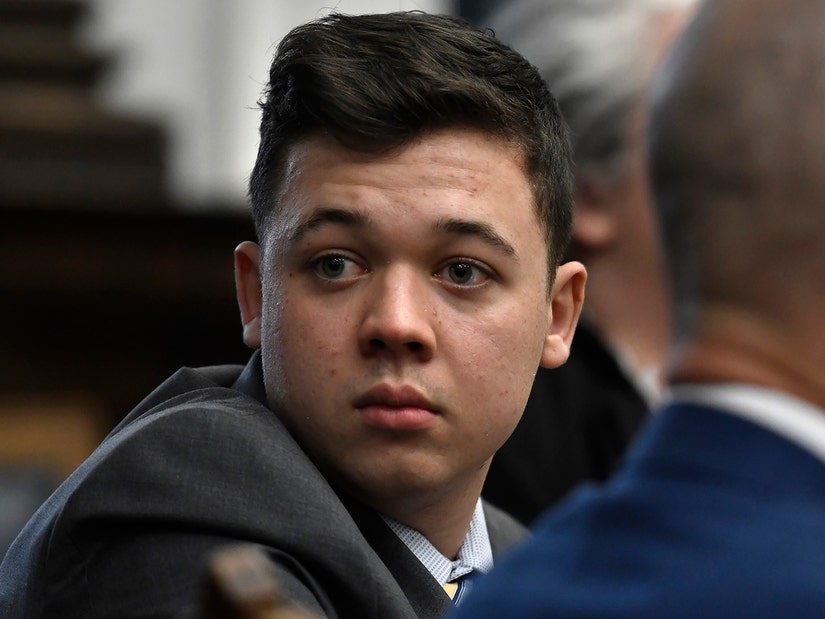 Kyle Rittenhouse has been found not guilty on all counts — and Twitter is in uproar.

His lawyers had argued it was in self-defense — and according Friday's verdict — successfully.

What in the actual FUCK!? #KyleRittenhouse

So Kyle knowingly asked a friend to illegally buy him a gun. Then he took that gun to an in person situation that he was not asked to be at. Murdered people. Took illegal gun across state lines. NOT GUILTY? He legit did all of this.

The judge KNOWINGLY. I REPEAT KNOWINGLY worked this for a not guilty verdict.

Not guilty. Welcome to the Wild fuckin' West.
The violence that is coming will be unprecedented. #godsaveusall

The fact that #KyleRittenhouse has been found NOT guilty on all counts after killing two people in cold blood shows the world EXACTLY what type of country America really is. SMH.

It has now been put it out there that vigilantes can just go and kill people protesting issues like racial equality whenever they want and get away with it. Think about that for a second.

Tell me again there are not two kinds justice in America!

America is such a stupid bitch

Disgusted. And what a dangerous precedent to set. (Or upkeep, really) They’re going to make him a cop aren’t they? https://t.co/Ns7qRgQ411 pic.twitter.com/dlHHijExPo

Rittenhouse killed two men w/an AR-15. Found not guilty.
Tamir Rice was shot by police for having a toy gun.

Christopher Belter raped 4 girls. Given no jail time.
Two men were exonerated after serving decades for Malcom X murder they did not commit.

I feel broken with this news

I have no faith in the justice system In America today I don’t want to live in a country that is ruled by violent ignorant racists.

The good news is that white men & boys can still kill whoever they want and do NO jail time! Isn’t that fun! 😃

And he killed white people!

I bet little #KyleRittenhouse is gonna go right out and take some more white power pics with #TheProudBoys & plan his next massacre. 👌🏻

This trial was a joke.

Rittenhouse found not guilty in murder trial https://t.co/Ufv5gXKoYS via @TheWrap

wanna be a supreme court justice

Ha, let the boy be black and it would’ve been life…hell he would’ve had his life taken before the bullshit trial.. sad

Honestly hope that kid takes the opportunity to turn his life around and tries to make the world a better place rather than pursuing the George Zimmerman Life Trajectory.

Nobody is surprised, but that doesn’t mean outrage isn’t appropriate.

This is a devastating blow.

This is bad, but the part where he becomes a full-time folk hero is going to be much, much worse.

We knew. Doesn’t make it any easier but we all knew. Turn off the TV. Jump off social media. Get outside if you can and check on those you love. #SameRacistCountryDifferentRacistDay

Another disappointing victory for White vigilantism

I knew Rittenhouse would be acquitted but it is gutting to witness the inevitable, to know there will be no consequences for the judge, and to know Rittenhouse and others like him will be more emboldened to be openly white supremacist vigilantes. It's hollowing.

throw the whole country in the fucking bin

The Rittenhouse jury just gave Biden his second colonoscopy of the day.

The verdict in the #KyleRittenhouseTrial is a reminder of the treacherous role that white supremacy and privilege play within our justice system.

When Judge Crazy MFer gets elected unopposed in the town of Mayberry KKKenosha, it's no wonder a jury of his yahoo peers set a bloodthirsty murderous bully with a big gun, free. May the families of the two VICTIMS who this deranged delinquent, slaughtered, somehow find peace.

What a disaster. The precedent is terrifying. The injustice is hard to stomach.

kyle rittenhouse being acquitted on all charges after such heinous heinous crimes is the epitome of white privilege and exactly what is wrong with this godforsaken country.

The rage I feel… This country is so fucking broken.

John Huber and Karen Bloom, parents of murderer #KyleRittenhouse’s victim Anthony Huber: the verdict “sends the unacceptable message that armed civilians can show up in any town, incite violence, and then use the danger they have created to justify shooting people in the street.” pic.twitter.com/zhfMCIsXIk

Justice denied is a body blow to our national psyche. On trial was not only a killer, but a system that continues to kill.

Today that system defeated true justice, once again. But mark these words: We will never stop fighting for what is right and just.

This is a scary day for America.

This acquittal could be seen as a dangerous green light for vigilantes —who might feel empowered to travel to any protest anywhere, provoke attacks & then shoot people in the streets. #KyleRittenhouse https://t.co/eZEXM27zJ7

This is a scary day for America.

This acquittal could be seen as a dangerous green light for vigilantes —who might feel empowered to travel to any protest anywhere, provoke attacks & then shoot people in the streets. #KyleRittenhouse https://t.co/eZEXM27zJ7

The families of those killed deserve justice and even that has now been taken from them too. My thoughts are with them.

The Rittenhouse verdict gives them permission to kill. I've lost the definition of right and wrong.

I knew Rittenhouse would be acquitted but it is gutting to witness the inevitable, to know there will be no consequences for the judge, and to know Rittenhouse and others like him will be more emboldened to be openly white supremacist vigilantes. It's hollowing.

Let's face it. The judge set Kyle Rittenhouse free. He did so from the day he said those murdered were not victims. Vigilante murder in Wisconsin is now a thing.

The Rittenhouse case has pulled back the curtain on profound cracks in our justice system — from deep bias routinely and unabashedly displayed by the judge, to apathy of officers who witnessed Rittenhouse’s actions and did nothing.

There were some from the conservative side of Twitter however, who felt the verdict was the correct one:

The jury got it right—finding Rittenhouse not guilty on all charges. The fact that charges were brought before any serious investigation is evidence that the government was motivated by politics, which itself should be considered criminal.

NOT GUILTY.
Kyle Rittenhouse is free.
The criminal mob corporate enterprise that is masquerading as a movement concerned about black lives— FAILS.

Not guilty was the correct verdict. Anyone with a prefrontal cortex who had watched the trial for more than 30 seconds knew this. Anyone who says differently is a lying hack.

The Rittenhouse jury just gave Biden his second colonoscopy of the day.

Justice was done. Kyle Rittenhouse was unfairly maligned by a dishonest press, and politicians who used him to advance their own fortunes. If there are riots, these smear merchants will shoulder much of the blame.