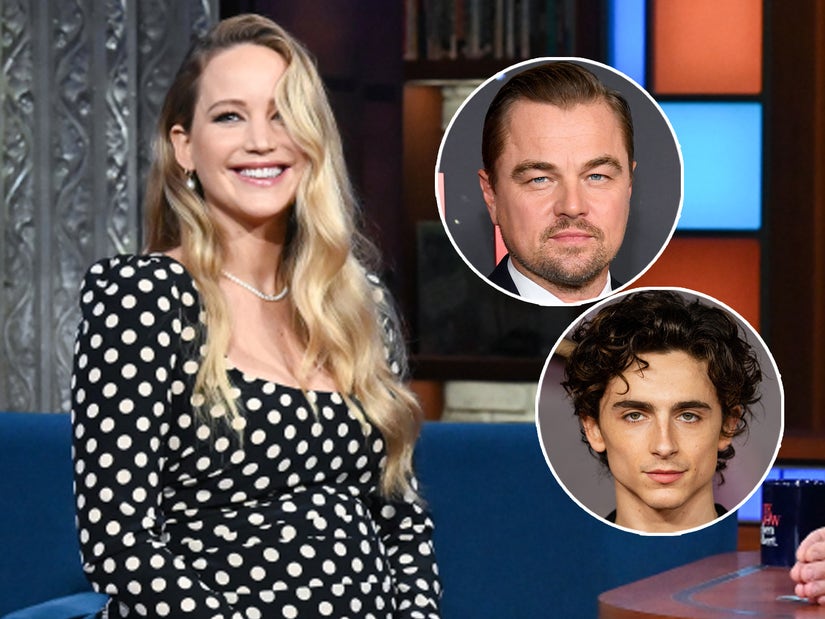 The "Don't Look Up" star joked she had a "ton of sex" during her three-year break from acting.

Jennifer Lawrence is recalling her experience working with Leonardo DiCaprio and Timothée Chalamet on the star-studded comedy "Don't Look Up."

While appearing on "The Late Show with Stephen Colbert" on Monday night, the 31-year-old actress -- who was promoting the Netflix film -- detailed a particular day of filming a scene in a car with DiCaprio and Chalamet -- and JLaw said her co-stars made her a bit miserable.

"It was the most annoying day of my life," Lawrence recalled. "They drove me crazy that day.”

"I don't know what it was," she continued. "Timothée was just excited to be out of the house. I think it was, like, his first scene. And Leo had picked the song that was playing in the car and was just, like, 'You know, this song was about, you know, blah, blah, blah.'"

"I just remember being in absolute misery that day, but they're very nice," Lawrence said, before adding with a laugh, "It was hell."

As for Timothée in particular, the "Silver Linings Playbook" star said she was "excited" to work with the "talented" 25-year-old actor, but hilariously pointed out that she couldn't help but notice their somewhat different physiques when they shared the screen.

"Don't Look Up" -- which boasts an A-list cast, including Meryl Streep, Jonah Hill and Mark Rylance -- is Lawrence's first film being released following her three-year break from acting. She began her hiatus after wrapping "X-Men: Dark Phoenix" reshoots in 2018. In the three years since then, the Oscar winner has only done a pair of public appearances for Christian Dior shows at Paris Fashion Week in 2019 and 2021, but has remained pretty busy in her personal life. In 2019, Lawrence married Cooke Maroney -- and, this September, the two confirmed they're expecting their first child together.

During her conversation with Colbert, Lawrence -- whose growing baby bump was on full display -- opened up about her break, specifically what she did with her free time away from the spotlight.

"What did you do? Did you have fun? What did you do for the last three years?" Colbert asked, to which Lawrence joked, "I just had a ton of sex."

"I'm joking," she clarified. "I cooked a little. The pandemic happened and then I cooked and I cleaned a lot."

The "Hunger Games" actress also shared what her "backup" career would be if she said goodbye to her acting career forever. See what she said in the clip, above!

Meanwhile, Lawrence also spoke more about filming "Don't Look Up," revealing that she had to share a bathroom with Streep, DiCaprio and Chalamet on set due to Covid safety protocols. In addition, the "X-Men: First Class" star explained that she "lost a tooth" while filming and how she couldn't get it fixed because of Covid. Check out how the mishap happened and how she continued shooting with a "fang" in the clip, below.

"Don't Look Up" hits theaters on December 10 and will be available to stream on Netflix on December 24. 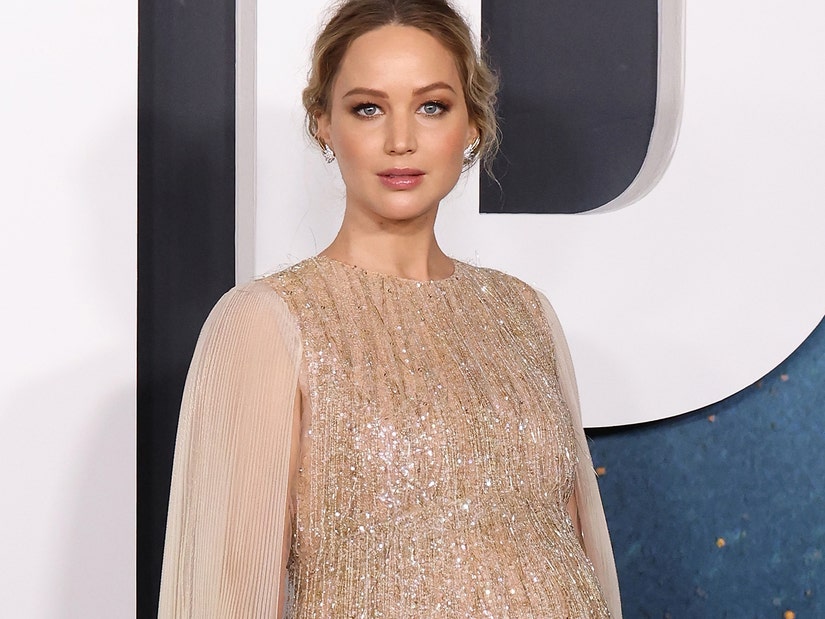