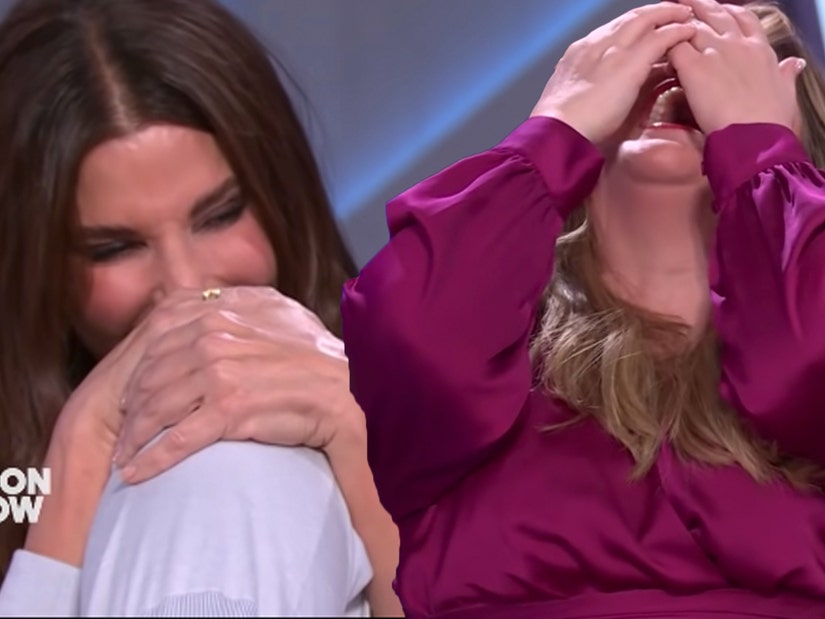 It got off to a rocky start when Bullock thought Clarkson said it was "cool" her parents were dead ... and ended with Sandra thinking the host called her a "whore."

Kelly Clarkson and Sandra Bullock are truly a gift.

The latter appeared on Clarkson's talk show this week for what may be one of the most enjoyable celebrity interviews ever -- an interview that had both stars laughing their asses off at each other the entire time.

As the two bonded over parenthood, Clarkson wondered whether her guest's kids had any singing talent. "My daughter does ... they say it skips a generation, my parents were opera singers, I cannot sing at all. My parents were singers, they're dead," replied Bullock. After Clarkson responded with an, "But they were singers though, okay, that's cool," Sandra, without hesitating asked, "That they're dead?"

"No! That they're singers! It's so sad that they're dead!" Clarkson exclaimed, as the two broke into laughter and Bullock told her how she should have responded.

As the interview went on and got back on track, Bullock opened up about her new film, "The Unforgivable," before the two talked about going to therapy and learning how to forgive.

Around the 8-minute mark, however, things started to fall apart in the best way. There was confusion over Kelly's hand gestures and awkward clapping, before Bullock thought she heard Clarkson call her a "whore." Kelly actually said "or," but it completely derailed the conversation. 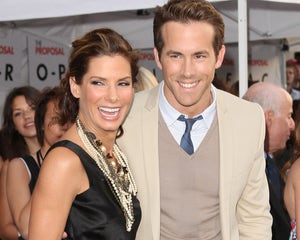 Leaping out of her seat laughing, Clarkson said it was "uncanny" how much Bullock was like her real life friends. "Your friends are whores as well?" cracked Bullock, "I'm such a whore."

When Kelly tried to get back to a planned question about decorating for Christmas, Sandra then called her out for sticking to her talking points -- and joked the producers must have been in her ear demanding she get back to the holidays.

"The producers are like, 'Segue to Christmas!'" said Bullock. "People have already purchased advertisement that is Christmas-themed, so yes ... I love Christmas, especially Christmas at Wayfair!"

"Because Wayfair, you've got just what I need," she joked, poking fun at Clarkson's partnership with the home goods brand.

Bringing the one-on-one to a close, Bullock summed it up by saying, "She's happy my parents died, I was called a whore ... she competes with you. This is an ego-driven show for you!"

"This is a great interview," added Kelly. "This is your favorite interview." 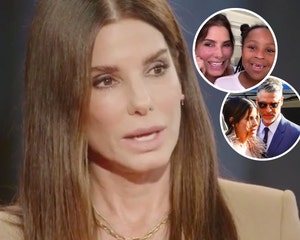