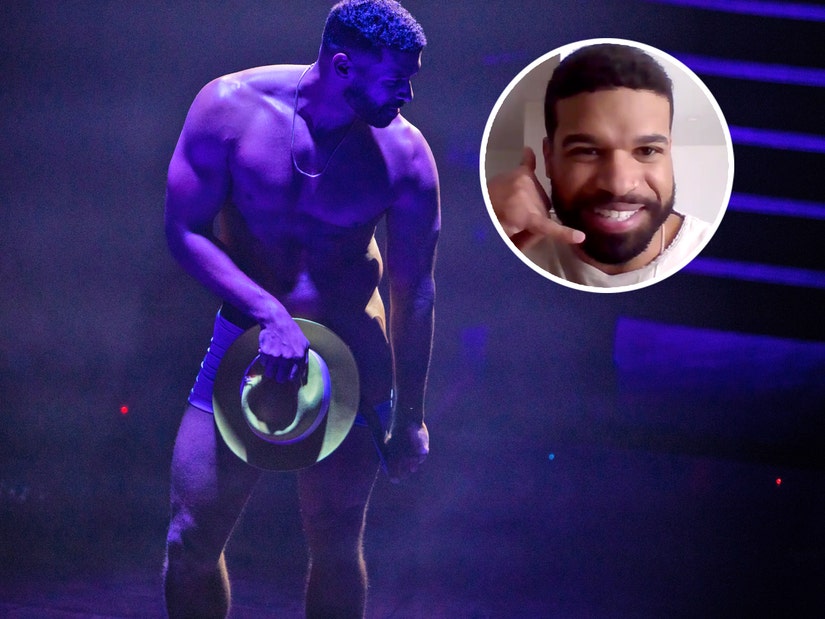 Nate Bryan spills on his televised nude striptease -- and that nasty on-set accident!

While reality stars usually bear their souls, the competitors on "Finding Magic Mike" had to show a helluva lot more than that.

The new HBO Max series -- out in full today -- follows 10 "regular Joes" who feel they've lost their magic as they go through a rigorous boot camp and are eliminated one by one before the Top 2 perform in the "Magic Mike" stage show in Las Vegas. Executive produced by Channing Tatum and inspired by the film series in which he starred, the winner also gets a cash prize.

Nate Bryan is one of the Mike-hopefuls -- and the first of the guys to have to strip totally naked, save for a you-know-what sock and strategically placed hat. While he knew what he was getting himself into when it came down to taking off his clothes, he was surprised by some of the soul-searching and heavy choreography he had to do once he got to Sin City. 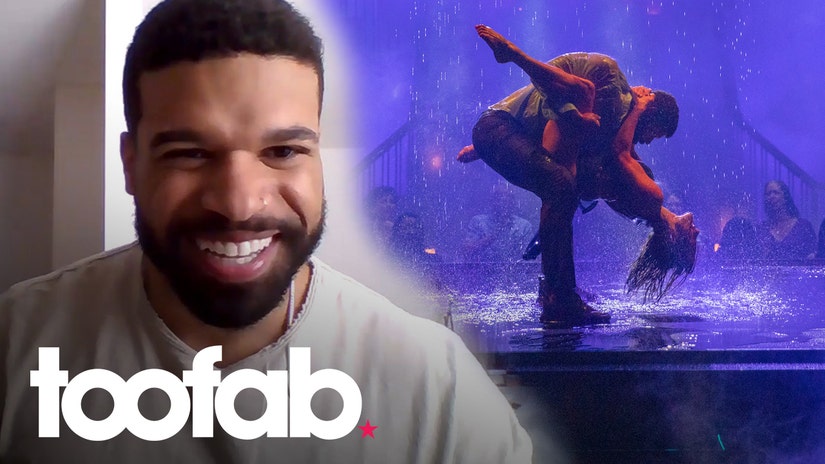 With the show behind him and new opportunities on the horizon -- more on that in a second -- Bryan tells TooFab he'd 1000% be down to put his moves to the test in the upcoming HBO Max original movie, "Magic Mike's Last Dance."

"Yes, yes, Channing, please put me in your movie, that'd be so dope. It'd be fun," he said. "Honestly, I've seen [show judge and 'Magic Mike' star Adam Rodriguez] talk about 'Magic Mike's Last Dance' and it sounds like it's going to be really cool, he was saying there might be some cameos he has to do, like the old group. We'll see. I'm trying to imagine what it's about, but I would love ... that would be amazing being in that movie."

"Especially after this whole process of being on the reality show and understanding it is more about dance and not about just stripping and making whoever is in that chair or whoever's watching it to feel special," he added. "That's the really big takeaway that I've understood about the Magic Mike brand, is being able to make somebody feel comfortable and making their night special."

Keep reading to see what Nate told us about performing that striptease, what went through his mind when one of his costars got injured during filming and just how much they rehearsed all those big numbers.

Going into this, what were you expecting and how did those expectations change when you got to Vegas?

My friend sent me this Instagram post, I saw it and I'm just assuming it's guys just giving lap dances. I didn't know how dance-intensive it actually was. I got there and my mind was just blown away. That was my initial though, learning how to strip and feeling comfortable in your own skin.

Was that one of your biggest concerns going into it as well, that it would be so focused on the stripping aspect of it all?

Yeah, because that's not necessarily an avenue I want to go down. It's cool, but I don't want to be known as a guy stripping on TV. But seeing it and how it everything unfolded, it's like, you're an actual dancer almost. It was incredible.

The choreo is intense and you picked it up well. How many rehearsals did go into one number?

Typically, a week looked like I would say 4-5 hours of dancing, just trying to remember this choreography. Then after that was spacing and figuring out movements and how to space yourself amongst each other. At the end of the week was the big performance. I would say, roughly, 4-5 hours a day, 4 days a week. It was quite a bit.

When you decided to the show, were you able to tell you friends and family and what was their reaction when they found out what you've been up to?

My friends actually, I told my friends after. I told them in the beginning, "I'm going to try to do this, it's cool, I don't know if I'm going to get called," and then I kind of went silent about it. Then, after the whole show, I was like, you guys are going to be pretty impressed at how well the idea of the show was thought out. Everyone thought it was just stripping, but it's so dance-heavy. My mom, same way, she thought it was a stripping show, but no, this is so much different than what you actually think. A lot of people are going to be really surprised, pleasantly surprised.

Now you're the first — and actually only — contestant who had to do a basically fully nude strip tease, pretty early on too. How worried about over-exposure were you and just how many times did you practice that last move?

The only thing I was worried about, once I saw what I had to do, I was like, well I'm probably going to drop my hat on national television and everyone's just going to see me. That was the first initial thought in my head. It was something I really wanted to tackle with myself and being exposed like that. I wouldn't say I'm an overly sexual person. I'm not that impressed with my butt, that's what I had to show and I was like, you know what, who cares, we all have butts. So I just did it. It wasn't something I wanted to win ... but I was there to do it, so.

This show took a pretty serious turn in one of the later episodes — with one cast member getting kicked out for breaking the rules and another getting injured, shattering his shin during a rehearsal. How did those moments shake up your confidence and did it start really feeling real at that point?

Once somebody gets kicked off, that was like a whole new ball game. It was like, they're actually serious about this thing. We didn't know anybody was going to get kicked off. Then when they broke their ankle or shin or whatever it was, that was mind-blowing too and understanding this is really serious stuff that we're doing, with serious consequences. Just being able to understand you have to stretch, take everything with caution and do everything in your power to make sure you're safe and the safety of others around you. And once the group gets smaller, it's really really intense. You are exposed to so much more stuff. You have more talking, interviews, it's a lot of things.

How was it being in Vegas, but having to be sequestered and in quarantine the whole time? It's such a place where you want to be out and about, but you weren't able to for the safety of the cast and crew.

What's funny is you would try to go to sleep and there's just a big light beaming into my window, so it never seemed like it was nighttime. That was one of the messed up things I would try to tackle. I'm not a Vegas person, so being on the Strip and doing all that stuff wasn't something I really wanted to do. I'm fine with staying in my room, chilling and talking to the guys on the hotel phone and getting the tea. I was just living, having fun, trying to stay composed and win the $100K.

We'll put a big SPOILER ALERT ahead of the rest of these questions -- but you do make it to the Final Two and get to perform in one of the real shows. What was that energy like and which portion were you most nervous about?

When the lights go off and the opening number starts! It starts with me and Johnny out there, the music starts and we're just in it. It's like a big adrenaline dump for the first three songs and then we had to stay composed, because there were so many numbers we had to do and we had the big aerial performance, which requires a lot of strength. I was nervous, but I feel like me and Johnny have a little light switch on. We're off most of the time but once the lights go off and the music starts, we turn into a different person.

You didn't win, but you do come out of this show with a job offer to dance for one of the Magic Mike shows. Is that something you considered, will be doing, won't be doing? Where do you stand?

It's still up in the air. I'm not too sure what's going to happen. I'm open to pretty much everything. I had a great time there and it's definitely been on my mind. We'll see what the future holds, for sure.